Beer Hops May Fend Off Alzheimer’s

Though too much alcohol may damage your short-term memory, new research says the aromatic hops in your favorite beer may stave off some of the negative effects of Alzheimer’s disease. 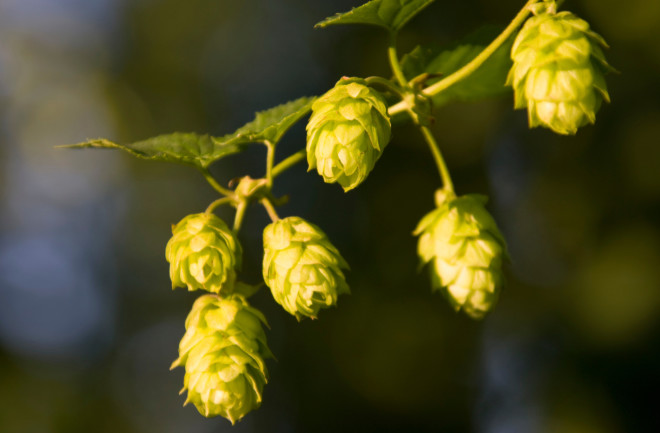 Alzheimer’s often causes memory loss and personality changes, usually in the elderly. And it’s difficult to treat — the chemical processes associated with the disease actually begin several years before symptoms show up. By the time patients are diagnosed, the damage is already done.

As a result, one strategy used to prevent the onset of these changes is eating nutritious foods, sometimes called nutraceuticals. Some previous research had suggested that hops — the plant added to most brews to give them a variety of bitter, aromatic and sometimes fruity aromas, depending on the variety — counteract some of the chemicals that may cause Alzheimer’s.

So, in a study published recently in ACS Chemical Neuroscience, Cristina Airoldi and Alessandro Palmioli from the Milan Center for Neuroscience took a closer look at the chemical compounds that make up different kinds of hops.

Hopping Into the Research for Alzheimer's

The compounds also had antibiotic properties, helping the body to remove neurotoxic and misfolded proteins. “We observed that some hops components were able to kidnap these toxic [molecules] and trigger protective cellular processes,” say Airoldi and Palmioli.

Feed Them to the Worms

If you prefer lagers and ales, you’ll be happy to learn that an extract from the Tettnang hops was the most effective of the four varieties tested.

In the next step of their research, the team tested the Tettnang extract on the roundworm Caenorhabditis elegans. The genomes of these worms are similar to those of humans in important ways, making them a good substitute in lab experiments — particularly when studying degenerative diseases, like Alzheimer’s and Parkinson’s, as well as the aging process, say Airoldi and Palmioli.

The researchers found that the Tettnang extract lightly protected the roundworms from Alzheimer’s-related paralysis; this protective effect was similar to that produced by doxycycline, they explain, a drug that has been shown in other research to prevent some of the negative effects of Alzheimer’s (such as memory impairment and neuro-inflammation).

But these preliminary discoveries don’t mean that you should go out and drink as many Tettnang-hopped beers as you can in the name of Alzheimer’s defense. For one, the research was conducted on worms — not humans.

Though Airoldi and Palmioli’s team have performed some preliminary research on beers that were brewed with different varieties and quantities of hops, and found that some of these nutraceutical compounds are preserved in beer after brewed. “We found a correlation between the content of hop and the protective effect against [amyloid beta]-induced neurotoxicity in the same human cell line used in the study on hop extracts,” they say.

And they’re also testing these extracts against the proteins that cause some of the negative effects related to Parkinson’s disease and Machado-Joseph, a rare degenerative disease that causes a lack of muscle control.

More From Discover
The Sciences
Signs of Dementia in Dogs
Health
10 Science-Backed Ways to Boost Your Brain
Mind
How Does Alzheimer's Disease Lead to Death?
Health
Why Walking Might Be One of the Best Exercises For Health
Health
There's a New FDA-Approved Drug to Treat Alzheimer’s
Health
Do Former NFL Players Age Faster?
Recommendations From Our Store
My Science ShopDiscover STEM Kits
My Science ShopDiscover 2022 Calendar
My Science ShopStrange Science
My Science ShopElements Flashcards
Shop Now
Stay Curious
Join
Our List