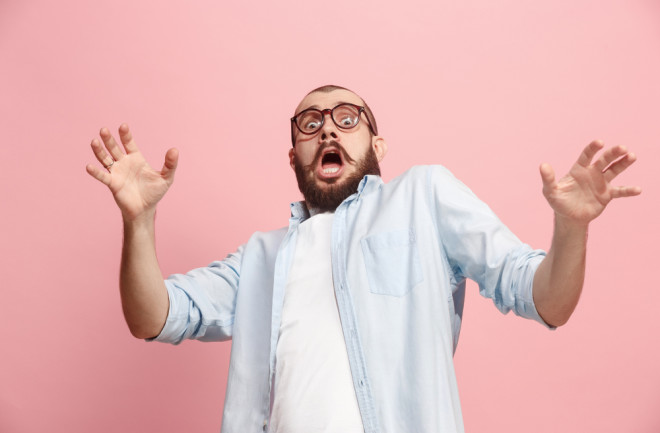 When you’re overcome with fear, it’s not adrenaline making you want to fight or flee. (Credit: Master1305/Shutterstock)

A thrilling high when you’re faced with danger, a boost of energy when you’re going for an intense run – we tend to associate these rushes with adrenaline, a hormone synonymous with our fight-or-flight response. But it turns out adrenaline might not be what activates our brains’ stress reaction after all.

In fact, our bones might be doing more work than we originally thought. A new study, published today in Cell Metabolism, finds that adrenaline is just one component of our response to stress. Of perhaps greater importance in life-or-death situations is a hormone called osteocalcin, which is secreted by our bones.

You may have heard that bones exist to hold up and support our bodies. But to Gerard Karsenty, a researcher at Columbia University Irving Medical Center and an author of the study, we’re looking at them the wrong way.

In other words, the perception of bones as empty tubes running through our bodies is overly simplistic. In fact, Karsenty thinks bones may have developed for a very different purpose.

“We hypothesize that bones may have been invented by evolution as a tool to escape danger, when animals left the sea to go to the land,” he says.

As part of ongoing research into osteocalcin’s role in our bodies, he and his team exposed mice to stress triggers and measured their hormone levels. Both osteocalcin and adrenaline levels spiked, they saw. But mice with their adrenal glands removed still exhibited the classic signs of a fight-or-flight response, an indication that osteocalcin was likely responsible.

And on the flip side, mice who could not produce osteocalcin barely responded to the scent of a predator’s urine. The results convinced the researchers that the hormone we need to push us into a panic is actually the one seeping from our bones.

So, what is adrenaline doing in our bodies? Why is it still present when we panic, even though it doesn’t seem to play that big of a role in our stress response?

“We don’t know why, we just know what we studied,” Karsenty says. “You do not need adrenal glands to enable a stress response.”

So, it leaves the question of adrenaline’s role in our bodies’ stress response open to questions, despite decades of research. Scientists know that it causes our hearts to race, hands to sweat and blood pressure to increase — and is still present in stressful situations alongside osteocalcin. But the role that this hormone plays when we’re in danger might be less obvious than we originally thought.

Maybe the next time you feel that sudden burst of panic, call it an osteocalcin rush instead.