Prisoners and other vulnerable populations often bore the brunt of unethical medical experimentation. 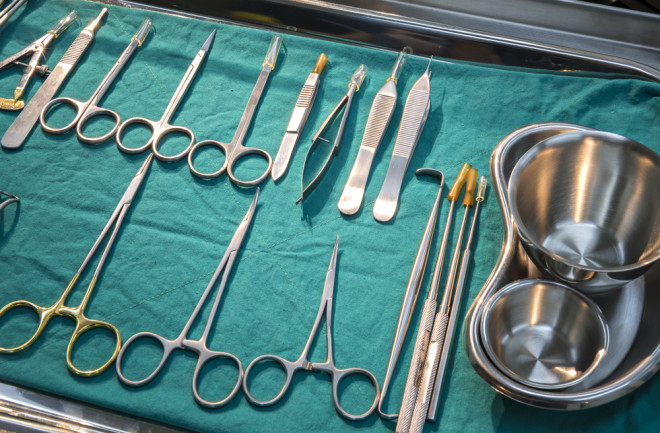 Most people are aware of some of the heinous medical experiments of the past that violated human rights. Participation in these studies was either forced or coerced under false pretenses. Some of the most notorious examples include the experiments by the Nazis, the Tuskegee syphilis study, the Stanford Prison Experiment, and the CIA’s LSD studies.

But there are many other lesser-known experiments on vulnerable populations that have flown under the radar. Study subjects often didn’t — or couldn’t — give consent. Sometimes they were lured into participating with a promise of improved health or a small amount of compensation. Other times, details about the experiment were disclosed but the extent of risks involved weren’t.

This perhaps isn’t surprising, as doctors who conducted these experiments were representative of prevailing attitudes at the time of their work. But unfortunately, even after informed consent was introduced in the 1950s, disregard for the rights of certain populations continued. Some of these researchers’ work did result in scientific advances — but they came at the expense of harmful and painful procedures on unknowing subjects.

Here are five medical experiments of the past that you probably haven’t heard about. They illustrate just how far the ethical and legal guidepost, which emphasizes respect for human dignity above all else, has moved.

The Prison Doctor Who Did Testicular Transplants

From 1913 to 1951, eugenicist Leo Stanley was the chief surgeon at San Quentin State Prison, California’s oldest correctional institution. After performing vasectomies on prisoners, whom he recruited through promises of improved health and vigor, Stanley turned his attention to the emerging field of endocrinology, which involves the study of certain glands and the hormones they regulate. He believed the effects of aging and decreased hormones contributed to criminality, weak morality, and poor physical attributes. Transplanting the testicles of younger men into those who were older would restore masculinity, he thought.

Stanley began by using the testicles of executed prisoners — but he ran into a supply shortage. He solved this by using the testicles of animals, including goats and deer. At first, he physically implanted the testicles directly into the inmates. But that had complications, so he switched to a new plan: He ground up the animal testicles into a paste, which he injected into prisoners’ abdomens. By the end of his time at San Quentin, Stanley did an estimated 10,000 testicular procedures.

The Oncologist Who Injected Cancer Cells Into Patients and Prisoners

During the 1950s and 1960s, Sloan-Kettering Institute oncologist Chester Southam conducted research to learn how people’s immune systems would react when exposed to cancer cells. In order to find out, he injected live HeLa cancer cells into patients, generally without their permission. When patient consent was given, details around the true nature of the experiment were often kept secret. Southam first experimented on terminally ill cancer patients, to whom he had easy access. The result of the injection was the growth of cancerous nodules, which led to metastasis in one person.

Next, Southam experimented on healthy subjects, which he felt would yield more accurate results. He recruited prisoners, and, perhaps not surprisingly, their healthier immune systems responded better than those of cancer patients. Eventually, Southam returned to infecting the sick and arranged to have patients at the Jewish Chronic Disease Hospital in Brooklyn, NY, injected with HeLa cells. But this time, there was resistance. Three doctors who were asked to participate in the experiment refused, resigned, and went public.

The scandalous newspaper headlines shocked the public, and legal proceedings were initiated against Southern. Some in the scientific and medical community condemned his experiments, while others supported him. Initially, Southam’s medical license was suspended for one year, but it was then reduced to a probation. His career continued to be illustrious, and he was subsequently elected president of the American Association for Cancer Research.

Pioneering speech pathologist Wendell Johnson suffered from severe stuttering that began early in his childhood. His own experience motivated his focus on finding the cause, and hopefully a cure, for stuttering. He theorized that stuttering in children could be impacted by external factors, such as negative reinforcement. In 1939, under Johnson’s supervision, graduate student Mary Tudor conducted a stuttering experiment, using 22 children at an Iowa orphanage. Half received positive reinforcement. But the other half were ridiculed and criticized for their speech, whether or not they actually stuttered. This resulted in a worsening of speech issues for the children who were given negative feedback.

The study was never published due to the multitude of ethical violations. According to The Washington Post, Tudor was remorseful about the damage caused by the experiment and returned to the orphanage to help the children with their speech. Despite his ethical mistakes, the Wendell Johnson Speech and Hearing Clinic at the University of Iowa bears Johnson's name and is a nod to his contributions to the field.

The Dermatologist Who Used Prisoners As Guinea Pigs

One of the biggest breakthroughs in dermatology was the invention of Retin-A, a cream that can treat sun damage, wrinkles, and other skin conditions. Its success led to fortune and fame for co-inventor Albert Kligman, a dermatologist at the University of Pennsylvania. But Kligman is also known for his nefarious dermatology experiments on prisoners that began in 1951 and continued for around 20 years. He conducted his research on behalf of companies including DuPont and Johnson & Johnson.

Kligman’s work often left prisoners with pain and scars as he used them as study subjects in wound healing and exposed them to deodorants, foot powders, and more for chemical and cosmetic companies. Dow once enlisted Kligman to study the effects of dioxin, a chemical in Agent Orange, on 75 inmates at Pennsylvania's Holmesburg Prison. The prisoners were paid a small amount for their participation but were not told about the potential side effects.

In the University of Pennsylvania’s journal, Almanac, Kligman’s obituary focused on his medical advancements, awards, and philanthropy. There was no acknowledgement of his prison experiments. However, it did mention that as a “giant in the field,” he “also experienced his fair share of controversy.”

The Endocrinologist Who Irradiated Prisoners

When the Atomic Energy Commission wanted to know how radiation affected male reproductive function, they looked to endocrinologist Carl Heller. In a study involving Oregon State Penitentiary prisoners between 1963 and 1973, Heller designed a contraption that would radiate their testicles at varying amounts to see what effect it had, particularly on sperm production. The prisoners also were subjected to repeated biopsies and were required to undergo vasectomies once the experiments concluded.

Although study participants were paid, it raised ethical issues about the potential coercive nature of financial compensation to prison populations. The prisoners were informed about the risks of skin burns, but likely were not told about the possibility of significant pain, inflammation, and the small risk of testicular cancer.