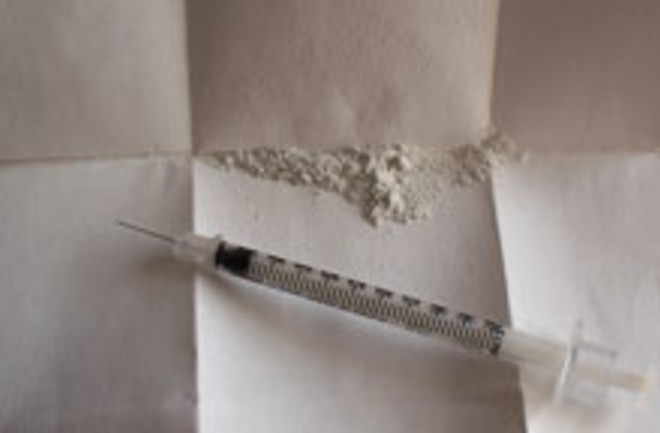 Two new long-lasting options for treating opioid abuse could help heroin addicts avoid relapses. The new drugs solve a problem with the current treatments for opioid addiction. These drugs, called methadone and buprenorphine, are really just replacement addictions, and their use needs to be closely monitored; patients take them daily at a clinic, because they can be abused by crushing up the pills and injecting them. The first drug, which was just approved by the FDA, is called Vivitrol: The drug works by blocking the effect of opiates on brain cells, preventing the person from getting high. The effects of one injection last for a full month. In a clinical trial in Russia, 86 percent of people taking Vivitrol hadn't relapsed after six months, while only 57 percent of placebo patients had stayed clean. However, researchers note that methadone isn't available in Russia, and say it might be harder to convince addicts in the United States to opt for this treatment.

The drug's active ingredient, naltrexone, has been available to treat opioid addiction since the 1970s. To make this long-lasting Vivitrol, the non-addictive drug is encapsulated in tiny polymer bubbles, which break down over time and release the drug. Since it doesn't provide a high like methadone or buprenorphine do, naltrexone researcher Charles O'Brien says its appeal may be limited.

Still, Vivitrol should be useful, O'Brien says, for "people who have been in a hospital and have become drug-free, people who are well-educated and have private health insurance." In other words, people who are strongly motivated to end their opiate addiction. [NPR].

For those who want to stick with the opiates they know and love, the second new treatment could be a good fit. The implant releases the semi-synthetic opioid buprenorphine, which is commonly used to treat addiction--but it dribbles out the medication over a time frame of six months, instead of requiring the patient to take daily doses. Says addiction researcher Linda Gowing:

“The use of implants provides a degree of flexibility for clients, while also maintaining medication with minimal risk of misuse.” [Science News]

The drug is mixed with a plastic polymer, ethylene vinyl acetate--commonly found in hot glue gun glue--and is implanted under the skin, releasing the drug for 24 weeks. The implant is not on the market yet, but the results of a clinical trial

, is currently conducting a second trial of the drug, and the results should be out in early 2011. One worry about these long-lasting drugs is that patients who don't have to come in and take their medication will be less likely to attend counseling sessions regularly, and therefore be more likely to relapse. Says addiction researcher Douglas Bruce:

“Most people become drug users because of sexual trauma as kids or other violence. Bad things happen to people, and drugs make them feel better.” To break the addiction cycle, Bruce says, medication must be complemented with counseling. “They will always have to take the meds if they never deal with the root issue.” [Science News].

The Intersection: The Politics of Addiction

Discoblog: New Especially Bad Heroin Can Give You an Overdose—or Anthrax

DISCOVER: The Biology of . . . Addiction

DISCOVER: Can an Injection Break a Cocaine Addiction?