Can an Injection Break a Cocaine Addiction?

The drug "vaccination" takes away the high, so users have little reason to use. 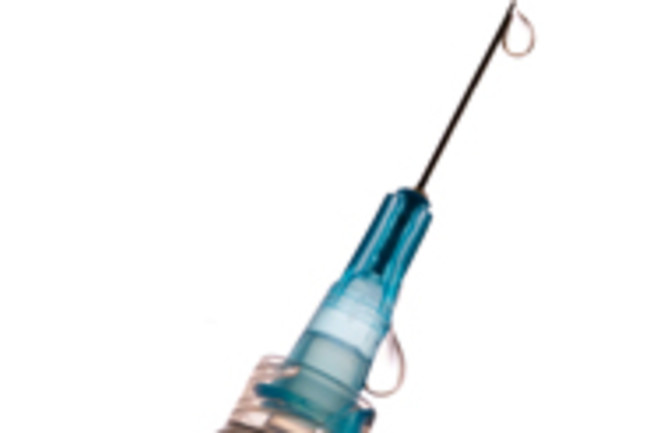 Cocaine has such a powerful addictive effect on the brain that its users often struggle through a disheartening loop of rehabilitation and relapse. A treatment developed by Baylor College of Medicine psychiatrist Tom Kosten could soon help users break that cycle.

Kosten recently completed the first placebo-controlled clinical trial for a cocaine addiction vaccine. The vaccine, which temporarily blocks the effects of the drug, consists of a cocaine molecule attached to the surface of an inactive cholera toxin protein. After receiving the injection, the body generates antibodies that respond to the cholera protein and the cocaine. If cocaine subsequently enters the bloodstream, the anti­bodies bind to it and neutralize it before it can reach the brain to cause the release of the neurotransmitter dopamine, the process that makes users feel high.

In his trial, Kosten found that 50 percent of cocaine users had cocaine-free urine when tested 8 to 16 weeks after vaccination, compared with 35 percent of those who received a placebo shot. “When antibodies were blocking cocaine, people who took it didn’t get an effect from it,” Kosten says, so the drug lost its appeal. One problem revealed by the trial was that only 38 percent of vaccinated subjects developed high levels of antibodies against the drug; Kosten is working to increase the vaccine’s antibody generation. Additionally, the vaccine’s protection seems to last for only about two months. Kosten expects that users would receive booster shots every few months for approximately two years to make a complete recovery from the addiction. To check whether vaccinated users were turning to other drugs instead, Kosten tested subjects for methamphetamine (the preferred cocaine alternative) but found no evidence of its use.

In addition to the cocaine treatment, Kosten is developing vaccines against heroin, nicotine, and methamphetamine. He has shown in animal tests that treatments targeting those drugs can also produce high levels of antibodies against the addictive compounds.