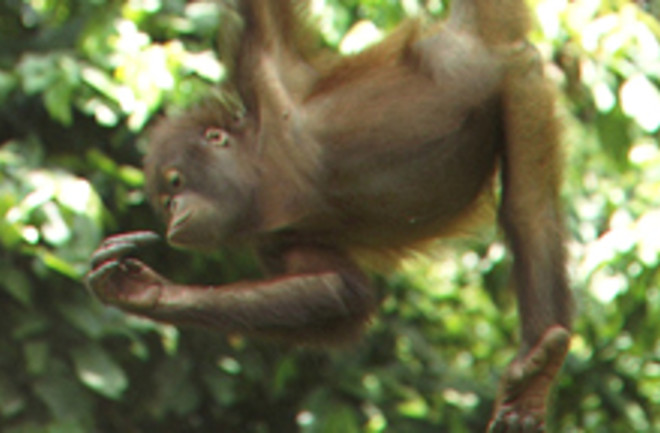 A landowner in Indonesia may soon find it more profitable to sell carbon credits from untouched forest than to clear the land for agriculture, according to new research. As a case study, the researchers looked at 8.2 million acres that are slated to become plantations in Kalimantan, the Indonesian region of the island of Borneo.

The researchers found that paying to conserve the forest was more valuable than plantations as long as poorer nations could earn between $10 and $33 for each tonne of CO2 saved. Currently a credit representing a tonne of CO2 sells for about $20 in the European Union, which has the world’s largest greenhouse gas trading system [The New York Times].

Since forests act like sponges for carbon dioxide, the principal greenhouse gas driving global warming, they can play a role in carbon credit markets that are used in international climate treaties. Industries that can't cut their emissions enough pay landowners to leave their forests standing, so the trees can suck up carbon and offset the industrial emissions. What's more, researchers say that such systems could also be a roundabout way to protect endangered species

. The 800 proposed plantations that were studied contain 40 of the region's 46 threatened mammals including orangutans and pygmy elephants [AP].

In the study, published in the journal Conservation Letters, researchers examined the financial reports of palm oil companies

and compared the potential profits from the initial timber harvest and palm oil development to the amount. of carbon stored in standing forests and peat biomass to find out how different areas would fare on a carbon market like the Chicago Climate Exchange [Scientific American].

In addition to their findings on average forest areas, they also found that for forest areas with peat-rich soil, which stores more carbon, an even cheaper price of carbon offsets ($2 to $16 per ton) would provide enough financial incentive to preserve the forest. And lead researcher Oscar Venter says that the "

areas where the cheapest carbon emissions are found are actually twice as high in the number of endangered mammals.... So it's a really nice win-win for those two global objectives of carbon and biodiversity conservation" [Reuters].

While forest conservation programs are likely to be included in a United Nations climate pact to be negotiated in December, critics have worried that conservation projects in developing nations may be hard to verify and could be open to corruption. The World Bank's Timothy Brown also notes that it may be difficult to convince

local governments and companies to abandon the much greater certainty of gaining profits from palm oil for the much less certain prospect of earning money trading carbon credits. "It's not only that the carbon markets are uncertain but the guy trying to access the carbon market is uncertain how to do it," Brown said. "He knows where to go to sell his oil palm. He knows these people. With the carbon market, who does he call?" [AP]