Want to Save the Trees? Try Paying People Not to Chop Them Down.

A few test projects show that landowners protect forest when it's valuable to them. 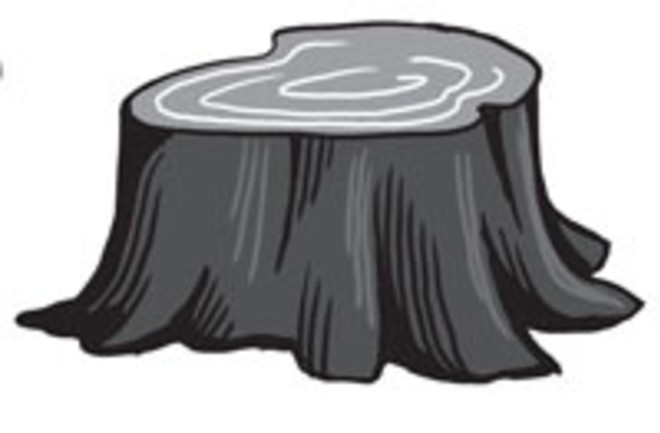 Far from the last knock of civilization in the Borneo jungle, I trudge along the Malaysian border with Indonesia. Here, together with two Iban tribesmen and a guide—all of us caked in mud and sweat—I come to a place where the familiar clamor of birds, monkeys, and bugs is being drowned out by the sound of a chain saw. We enter a clearing in which a teenager is hacking a felled tree, sawing it into pieces. Nearby, a backhoe levels a huge swath of land. Soon palms will be planted here, I’m told, and when harvested their oil will be sold on the world market. What I’ve come upon is just one scene in the massive global picture of deforestation. There are thousands and thousands of small operators hacking away at forests to profit from their bounty.

Deforestation is occurring at a rapid pace as the demand for housing and goods increases with world population growth, which is expected to climb 50 percent between 1999 and 2040, according to the U.S. Census Bureau. Moreover, as appetites for food and biofuels—made with palm, corn, and other plants—rise, more land is needed to accommodate agriculture. About 32 million acres of forest are destroyed per year. That’s equivalent to about 50 football fields a minute. And the rate is expected to increase as demand grows.

Without forests, the world as we know it would cease to exist. Climate change has added new impetus to forest conservation efforts as we increasingly appreciate how efficiently forests sequester carbon dioxide, a greenhouse gas that contributes to global warming. In fact, deforestation is calculated to be the second-biggest man-made contributor to global carbon emissions after the burning of fossil fuels for energy use, according to the United Nations Environment Programme. This is because when forests are cleared, the carbon stored inside the trees is released, either immediately or over time; in addition, what had been a natural resource for capturing carbon—the trees themselves—disappears. Moreover, many people clear land by fire, which releases still more noxious gases. But there is an innovative and growing worldwide movement to get people to stop chopping down trees. The answer: Simply pay them not to do it.

Governments can try to conserve with stricter policies, activists can petition developers and farmers, and benefactors can buy land out of the goodness of their hearts (much like the investment firm Goldman Sachs, which recently purchased some 700,000 acres in Patagonia for conservation purposes). But to really put a dent in deforestation, people must have an incentive not to partake in it. (For-profit businesses such as large timber operators already have profit incentives.)

“Forests are like giant utilities providing ecosystem services to the world that we all benefit from but we don’t pay for.” That’s the way the U.K.-based nonprofit Global Canopy Programme puts it.

Global Canopy advocates a “cap and trade” program that hinges on ecosystem valuation. Simply put, a forest’s importance to the ecosystem would be valued in the form of credits. These credits could then be traded on markets. Forest owners would be given credits for the amount of carbon that they sequester, and those credits could be sold to those who are producing carbon in excess of a specified cap. The economic pressure of having to buy credits could effectively mitigate that “footprint” we hear so much about and arguably balance things out.

The United Nations has initiated a similar offset program called REDD (which stands for reducing emissions from deforestation and forest degradation). REDD will work in one of two ways: either with forest owners’ earning credits that they can sell, as with Global Canopy, or by developed countries’ contributing to a fund that would in turn pay developing countries to keep their forests intact. The fund would act as a de facto arbiter of the developed world’s carbon emissions, allowing offending countries to offset their pollution through such payments.

The idea was introduced for inclusion in the Kyoto Protocol but was eliminated from the final provisions because of political concerns. Brazil, for example, formally opposed it, saying that accepting funds from industrial nations to reduce deforestation could limit the country’s future development options. Its sovereignty would be jeopardized, the argument went, because it would be controlled by the prices set by large carbon emitters—such as the United States, China, and the United Kingdom—who might contribute to the fund, in effect paying Brazil not to develop its forests.

Since Kyoto, however, Brazil and other countries with large forest reserves, such as Indonesia and Malaysia, are warming to the idea of REDD. “Rather than seeing it as inhibiting their economic development, they are seeing the potential for big credits in their forests,” says William Laurance, a staff scientist at the Smithsonian Tropical Research Institute in Panama. He tells me that REDD would bring much bigger resources to the table than have ever been contemplated in global conservation, and that is opening the eyes of government ministers who had previously opposed such ideas. “What have been efforts valued in the millions, [REDD] would bring into the billions,” he says.

REDD would pay market prices for carbon storage. At the current market value for carbon, a hectare of rain forest, if left intact, could be worth anywhere from $400 to $8,000 or more. Since we are talking about millions of hectares of conservation, the sum adds up to quite a lot for the developing world. Laurance explains: “Suppose, for example, that the baseline deforestation rate for Indonesia is 2 million hectares per year, and the government manages to reduce this to 1 million hectares per year. If one assumes that every hectare of preserved forest saves 200 tons of carbon emissions and that each ton of carbon is worth $10 on the international market, then Indonesia could gain around $2 billion each year.”

Moreover, leases are now being contemplated so landowners retain land titles and receive “rent” payments (rather than selling their land to the fund). Not a bad way for a poor farmer to profit from his land.

REDD so far has commitments of hundreds of millions of dollars from a dozen developed countries. Not a large amount, to be sure, but a beginning. The program is scheduled to be formally voted on for all-nation adoption at next year’s U.N. Framework Convention on Climate Change in Copenhagen. Then the hope is that the billions will pour in.

REDD isn’t the only game in town. Many forest conservationists believe it will take a combination of efforts to save the world’s trees and, along with them, all the carbon they store.

Mark Plotkin, who heads the Amazon Conservation Team, says he is skeptical of progress being made on the national and international policy levels. “It needs to be addressed by grassroots efforts as well,” he says, explaining that by the time policy trickles down to the people to whom it applies, “it may be too late.” In addition, Plotkin believes that resources should be put toward creating attention and awareness and toward policies that make sense and are applicable to indigenous people.

When you see the squalor in which they live—under a mere tarp covering a small raised platform—and you hear that they receive less than one dollar per felled tree, you really have to think there must be a way to preserve the forests and at the same time aid the people who live off them. Indeed, as the sun begins to set and I turn away from the teenage loggers to begin my long hike out of the Borneo jungle and away from their desperate conditions, I realize this is not an option for them. But another type of dollar incentive might just give them a different way out.

REDD is one way to do it and may hopefully spark more widespread attention, laws, and policies that will further promulgate forest conservation. It gives credit where credit is due and pays out the ultimate dividend to us all: the air we breathe.