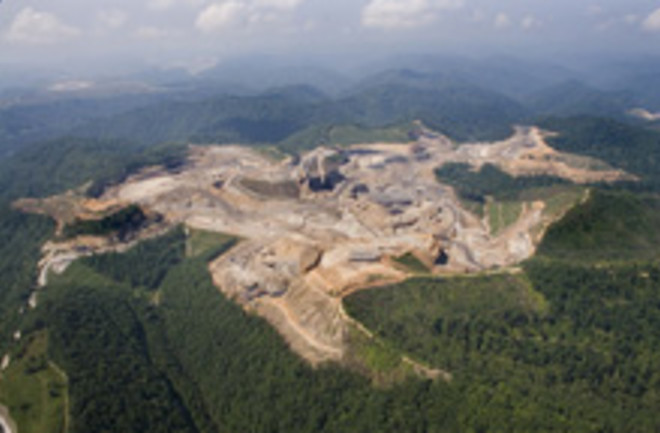 The Obama administration is once again working to reverse the path of former president Bush in another series of environmental policy changes, with two moves in particular looking to some like a crackdown on the coal industry. The Justice Department announced this week that it will challenge Bush's mountaintop coal mining rules, the EPA has withdrawn a permit for a coal power plant scheduled to be built on Navajo land, and the Interior Department has strengthened endangered species rules. On Monday, Interior Secretary Ken Salazar asked a federal court to abandon a rule approved during the final days of the Bush administration that allows coal mining companies to dump their waste near waterways. Prior to the change, regulations in place since 1983 have barred mining companies from dumping waste within 100 feet of streams if the disposal would diminish water quality or quantity [AP]. However, the Interior Department's move didn't go far enough for some environmentalists, who oppose this method of coal mining in general, regardless of the proximity of waste dumping to streams. In mountaintop removal operations, miners blast away large areas of a mountain in order to expose the buried coal seams. A spokeswoman for environmental law firm Earthjustice notes that Salazar's move won't halt the practice of mining itself, and says that reverting to the status quo is not enough because it won't prevent coal companies from filling valleys with mine waste. "That's not helping the communities concerned with mountaintop removal" [AP]. The next day, EPA regulators announced plans to reconsider a permit issued last summer for the construction of Desert Rock Energy Facility, a 1,500 megawatt coal-fired power plant in northwestern New Mexico that would supply power to cities in Arizona and Nevada. After concluding that the permit was awarded without a complete environmental assessment, the agency told its Environmental Appeals Board that it wanted to address several issues, including soot emissions, possible effects on endangered species and concerns about pollution-control technologies [The New York Times]. While some residents of Navajo Nation support the project because of potential economic benefits it would bring to the region, many Navajos and environmentalists complained that the plant would pollute the air in a place where two large coal plants already operate [Reuters]. Also on Tuesday, the administration announced its revocation of another rule created during Bush's final months in office that excused oil and gas companies from a review process that was designed to ensure the safety of the endangered polar bear. Salazar said, "By rolling back this 11th hour regulation, we are ensuring that threatened and endangered species continue to receive the full protection of the law" [Reuters]. In polar bear habitat, development of any oil or gas projects must now first be cleared by the U.S. Fish and Wildlife Service, and in other areas agencies will no longer be allowed to rely on their own internal reviews about potential impacts to endangered or threatened species [Reuters]. Related Content: 80beats: Obama Brings Experts Back to Endangered Species Policy 80beats: Obama & Chu Push Ahead With Clean Coal Projects Despite the Cost 80beats: Bush Administration Rushes to Relax Environmental Rules Before Leaving DISCOVER: Man's Greatest Crimes Against the Earth, in Pictures, including three coal-related images