Obama & Chu Push Ahead With Clean Coal Projects Despite the Cost 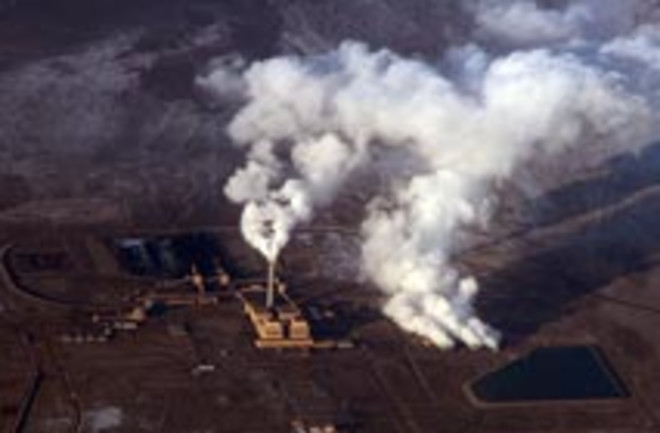 The Obama administration is moving ahead with the development of the "clean coal" technology of carbon capture and storage, even though experts say that the technology's high costs will prevent it from being widely adopted for decades. Carbon capture and storage requires that carbon dioxide emissions be captured in the smokestacks of coal-fired power plants and factories, and then converted into a liquid and pumped into reservoirs deep in the earth.

, says energy consultant Bill Durbin. In 2008 the Bush administration canceled the flagship clean coal project, called FutureGen, which called for the construction of a near zero-emissions coal power plant that would test carbon capture and storage technology. The project's costs had escalated to $1.8 billion by the time it was canceled, but new Energy Secretary Steven Chu has indicated that he may revive at least parts of the project, saying,

"We are taking, certainly, a fresh look at FutureGen, how it would fit into this expanded portfolio" [Greenwire].

In a recent Congressional hearing on energy policy, Chu stressed that clean coal is on the administration's agenda, despite his statement when he was a private citizen that "coal is my worst nightmare."

Republicans - and a significant number of Democrats - want assurances that the Obama administration will keep using coal, which is abundant and cheap but scientists say is a major source of U.S. greenhouse-gas emissions.... Sen. John McCain, R-Ariz., led the charge, complaining that forecasts that solar power will only account for a small share of the U.S. power consumption by 2015 "means that clean coal and nuclear power it seems to me, then, are far more important than maybe some people appreciate today." Chu replied that "I agree with that" [Dow Jones].

Much of the technology that would be used in carbon capture and storage systems is already proven. Oil firms, for example,

have long experience of pumping carbon dioxide into reservoirs to increase their pressure and thus squeeze out more fuel [The Economist].

Researchers also have variety of ways to scrub carbon dioxide from exhaust gases passing through a smokestack. But the expense of building commercial-scale power plants with these systems is still prohibitive. That leads environmental groups like Greenpeace to argue that clean coal technologies

will never be competitive, since other low-carbon technologies, such as wind power, are already cheaper and becoming more so as time passes [The Economist].