Climate Bill Passes in the House, Moves on to Senate 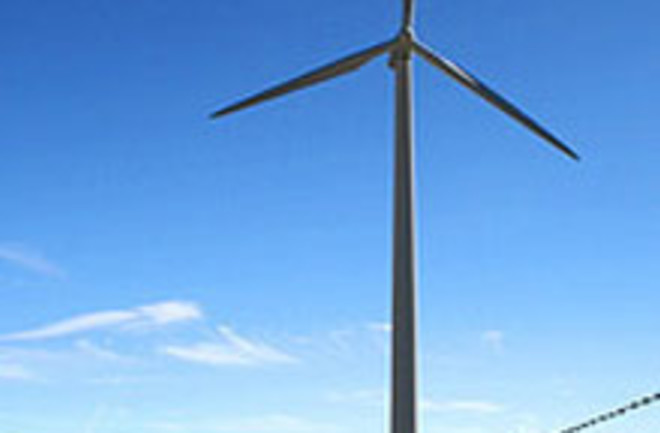 In a 219-212 vote, the House of Representatives passed on Friday a climate bill designed to decrease U.S. dependence on oil and create "green" jobs. It's now up to the Senate to pass or veto the American Clean Energy and Security Act, which also proposes a cap-and-trade system to impose historic limits on U.S. greenhouse gas emissions. The bill has been tweaked since it was approved in May by the House Energy and Commerce Committee, and it remains unclear how much progress the Senate will make on the bill. In it,

U.S. emissions of carbon dioxide and other greenhouse gases would be reduced 17 percent by 2020 from 2005 levels. That is less ambitious than the 20 percent initially sought, but slightly more aggressive than the approximately 15 percent Obama proposed. The legislation sets further pollution reduction goals -- 42 percent by 2030 and 83 percent by 2050, with the latter just slightly higher than Obama suggested

. The bill also speeds up the administration of $346 million in stimulus funds for the development and implementation of energy efficient technology.

The bill aims to use economics to transition the U.S. to renewable energy. Under the cap-and-trade system, factories and power plants that burn fossil fuels will be allotted a certain amount of permits for greenhouse gas emissions. If a factory goes over its limit, it will have to buy additional permits.

icans.Republican opponents have claimed $3,100 or more per household annually in higher prices for energy and other goods. Conversely, some supporters have said it will save consumers money as energy efficiencies are achieved. The nonpartisan Congressional Budget Office estimated an average cost of $175 annually for households. It said the poor would enjoy a $40-a-year benefit from rebates and other aid

When discussing the bill and U.S. energy policy on Monday, June 29, Obama touted the importance of taking seemingly small steps to make a big difference in overall energy consumption. He also announced that to save energy, he would switch to energy-efficient light bulbs in the White House. "Now, I know light bulbs may not seem sexy, but this simple action holds enormous promise because seven percent of all the energy consumed in America is used to light our homes and our businesses," Obama said

And according to Obama, the bill will save the nation cash and energy overall:

between 2012 and 2042, his proposals would save four billion dollars a year and reduce greenhouse gas emissions equal to the amount produced by 166 million cars each year [AFP].