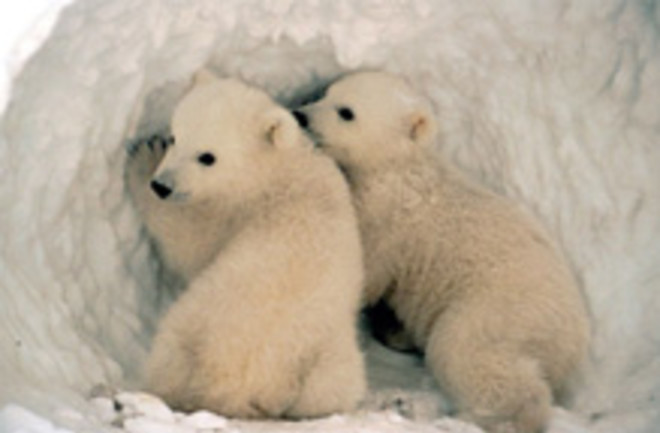 The Obama administration announced on Friday that it will keep a Bush-era rule that limits the steps that the government can take to protect polar bears. The rule prevents the Endangered Species Act from being used to curb greenhouse gas emissions, even though those emissions contribute to the shrinking of polar bear habitat by causing global warming and melting Arctic sea ice. The decision comes despite recent moves to undo former president Bush's environmental legacy. It was announced on Friday by Interior Secretary Ken Salazar, who rejected special authority given to him by Congress and the pleas of Democratic lawmakers, environmentalists and scientists to overturn the regulation [Greenwire]. According to federal officials,

the Endangered Species Act was written for a different kind of threat. In cases where an animal is threatened by logging, trapping or land development, it is used to identify—and punish—individual actions that harm them. That framework cannot be applied to climate change, they said, because the sources of that problem are global [San Francisco Chronicle]

. Salazar said that the polar bear will still be listed as "threatened," but instead of protecting it through the Endangered Species Act, the administration would push for legislation to limit U.S. greenhouse gas emissions. A "comprehensive global change strategy" is needed, he said. The polar bear was declared a threatened species in May, 2008, because of its melting sea-ice habitat. The rule now being retained by the Obama administration was finalized under Bush in December and served to limit the protection of the bear, saying no action outside the Arctic region could be considered a threat to the bear under the law [CBC]. Many environmentalists are disappointed by Friday's decision, including advocates such as Jamie Rappaport Clark of the group Defenders of Wildife, who said, "[The rule] made no sense under the Bush administration and it certainly makes no sense for the Obama administration." Interior will now be forced to defend the rule in court. Environmental groups that sued to overturn the ... rule said today that they plan to press their lawsuit [Greenwire]. Related Content: 80beats: Obama Brings Experts Back to Endangered Species Policy 80beats: Obama Moves to Undo Bush-Era Environmental Policies 80beats: 2 Trillion Tons of Polar Ice Lost in 5 Years, and Melting Is Accelerating DISCOVER: Polar Bears (Finally) Make the Endangered Species List