As much as I love Prince Charles and his slow-food inclinations, I do have to admit the opposition has some pretty persuasive arguments. David King, a huge British scientist, just made a speech saying the West's reluctance to bring genetically modified farming and other modes of "high-intensity" agriculture contributes to the continent's 700,000 deaths from starvation every year. 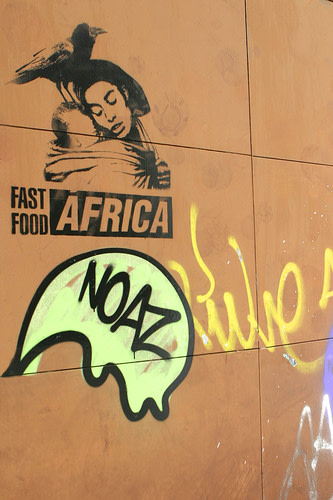 It's not clear, though, exactly how King squares his desire to help feed Africa through high-tech, ultra-efficient farming with his advocacy for carbon emissions cuts. (King is known for saying climate change is a greater threat than terrorism). The reason to like organic farming isn't that it fits in better with a particular lifestyle; it's that it's comparatively low-emissions. If catastrophic temperature increases do take place, poor countries are going to be the ones who suffer the most from famine and disease. So, yes, if the problem is that we're not bringing genetically-modified crops to hungry Africa because they give us the heebie-jeebies, that is nigh-homicidally crazy. But if we're trying not to industrialize their farming too rapidly in order to save them from pestilence and heat down the road, that's more like a tough call.