Prince Charles ticked off the actual British government today by calling dependence on genetically-modified food grown by big corporations an environmental catastrophe. Some respected scientists were appalled, and cited the growing demand for food around the world as a good reason to keep trying to make agriculture as efficient and productive as possible. 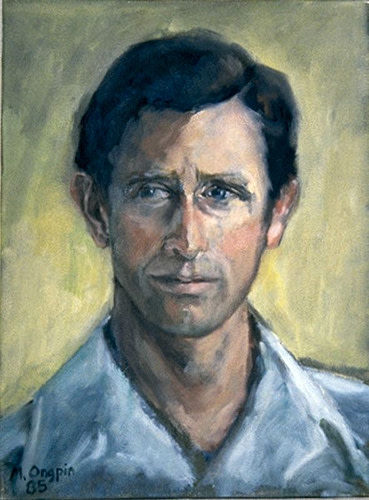 But I'm sort of with the flighty aristocrat ignoramus on this one. Charles, who owns an organic farm, is trying to make the legitimate point (I think) that the more you industrialize farming and consolidate it, the less sustainable it tends to be. A multinational business generally tries to minimize the number of man-hours that go into tending its vast holdings. The fewer farmers required to create a truckload of crops, the better for management. This means lots of machines that burn fossil fuels, lots of pesticides with dubious Silent Spring side-effects, and the depletion of soil by growing one crop on it over and over again, rather than carefully rotating crops, preventing erosion, and taking the other measures you usually take to protect your land if your family farm is going to be your sole source of income your whole life. In the long term, that sort of thing can help create exactly the sort of food crisis we're suffering right now. Sure Charles's affection for small, organic farms might be partly grounded in Brideshead Revisited nostalgia for the merrie olde days, and his rhetoric is overheated. But he's basically right. Even if you think the monarchy is evil, this is like that scene in an action movie where the bad guy gets a speech and you realize he has a point.