As the Thawing Arctic Opens to Ships, U.S. Moves to Protect the Fish 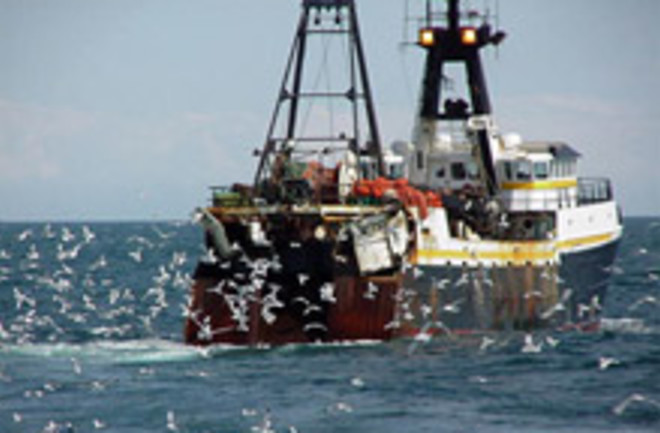 The Arctic's ice may be melting, but a vote by a federal fishing council makes it likely that fishing trawlers won't be moving in to look for rich harvests in the newly accessible Arctic waters. In a preemptive move, the council voted to ban commercial fishing in almost 200,000 square nautical miles of the Chukchi and Beaufort seas along Alaska's northern coast. These areas

are not currently fished, but sea ice melt and the northward migration of certain fish species, such as salmon, raises the possibility that they would be in the not too distant future [Scientific American].

If the U.S. commerce secretary approves the proposal, the ban will remain in place until scientific studies can determine whether fishing can be conducted sustainably in the Arctic. Says Jim Ayers, of the conservation group Oceana:

“Global climate change is making everyone think differently up here and making them understand that precautionary approaches are best." ... The unanimous vote was unusual in that it was largely supported by industry and conservation groups alike and because it was the first time the United States had acted to close a fishery as a result of climate change instead of in reaction to overfishing [The New York Times].

Global warming is hitting the Arctic hard: It's

warming about twice as fast, on average, as the rest of the world. The last two years have seen dramatic decreases in the amount of sea ice that remains during the northern summer, and the extent of January sea ice is well below normal when compared to the long-term record [Reuters].

Conservationists say the proposed U.S. fishing ban is a good step, but that the seven other countries who claim some right to Arctic waters must be convinced to follow suit (Norwegian trawlers have already been making forays into the newly accessible waters). Oil and gas companies have also been pressing for drilling rights in the Arctic, which is thought to contain 90 billion barrels of oil, but this protective measure could set a tone of restraint, environmentalists hope. Says Christopher Krenz of Oceana:

"We're hopeful that other industries will look at this approach as a way to sustainably manage the expansion of industrialization into the Arctic" [Marketplace].