2 Trillion Tons of Polar Ice Lost in 5 Years, and Melting Is Accelerating 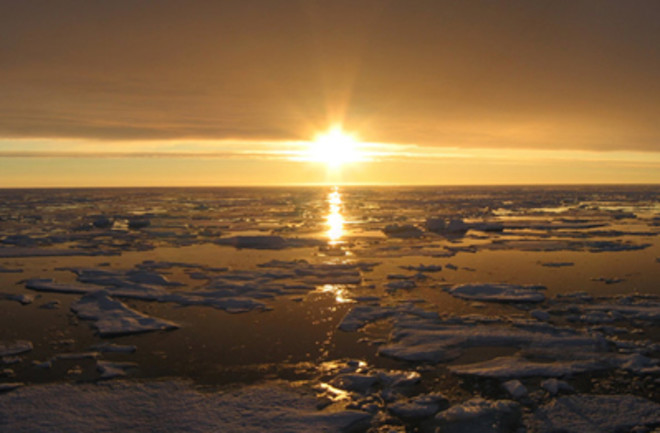 Several new studies of ice loss at the earth’s poles paint a distressing picture of global warming‘s impact on those fragile ecosystems, and one study warns that changes in the Arctic climate can have a large impact on the rest of the world. In the first study, researchers determined that more than 2 trillion tons of landlocked ice in Greenland, Alaska, and Antarctica have melted since 2003, a melting trend that researchers expect to continue. Using new satellite technology that measures changes in mass in mountain glaciers and ice sheets, NASA geophysicist Scott Luthcke concluded that the losses amounted to enough water to fill the Chesapeake Bay 21 times. “The ice tells us in a very real way how the climate is changing,” said Luthcke [CNN].

Melting of land ice, unlike sea ice, increases sea levels very slightly. Between Greenland, Antarctica and Alaska, melting land ice has raised global sea levels about one-fifth of an inch in the past five years, Luthcke said. Sea levels also rise from water expanding as it warms [AP]. The amount by which sea levels will rise as a result of global warming is still uncertain. The UN’s Intergovernmental Panel on Climate Change gives an official estimate of a seven-inch to two-foot rise by 2100, but researchers say conditions at the poles are changing too quickly for confident predictions.

These alarming findings were revealed at the American Geophysical Union meeting, where another set of researchers announced the results of their study examining a phenomenon called Arctic amplification, in which warming at the North Pole creates a positive feedback loop. Theory predicts that as ice is lost in the Arctic, more of the ocean’s surface will be exposed to solar radiation and will warm up. When the autumn comes and the Sun goes down on the Arctic, that warmth should be released back into the atmosphere, delaying the fall in air temperatures [BBC News]. To test the theory, researchers checked autumn air temperatures between 2004 and 2008, and compared them to the long term average for autumn temperatures. They found that the air over the Arctic ocean has been about 3 degrees Celsius warmer than average in recent years.

The warming of the Arctic feeds on itself and accelerates, lead researcher Julienne Stroeve explains, because warmer autumn temperatures delay the onset of winter’s ice formation, and the reduced amount of ice causes the cycle to begin anew in the spring. These warming effects are not just restricted to the ocean, Dr Stroeve said. Circulation patterns could then move the warmth over land areas, she added. “The Arctic is really the air conditioner of the Northern Hemisphere, and as you lose that sea ice you change that air conditioner; and the rest of the system has to respond” [BBC News].