You can thank Julius Caesar, Pope Gregory XIII and 2,000 years of calendar controversy for our New Year's date and calendar system. Some cultures only recently adopted it. 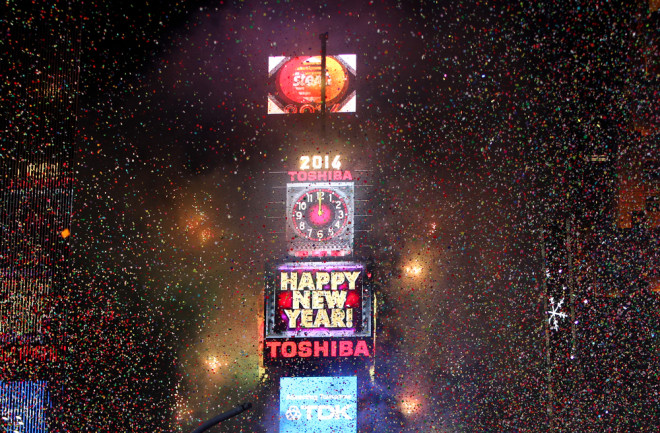 Humans throughout history have begun their years on so many different days that the alternatives, to quote late British historian A. F. Pollard,  are “almost legion.” Jan. 1 is the most familiar to Americans and most of Western civilization, and its recognition continues to grow around the world. But had the winding road of the past two millenia run another course, it’s possible we would now be planning to ring in 2021 on any number of dates.

The first recorded New Year’s celebration traces back to Mesopotamia, where 4,000 years ago the ancient Babylonians kicked off an 11-day festival called Akitu on the vernal equinox. This date in late March, when the day and night are equal in length, is a popular choice for civilizations. Other societies, including the Egyptians, Persians and Phoenicians, marked their collective cultural rebirth on the autumnal equinox in late September. The Greeks preferred December’s winter solstice.

Why, out of these and so many other options, did Jan. 1 emerge as the near-ubiquitous New Year’s Day of modern times?

The story begins with the Romans, who, unlike many of their predecessors, didn’t tie their New Year to an astronomical event. Instead, the calendar for this civically-minded republic reset on the same day as the terms for its highest elected political office, the consulship (made up of two consuls). Traditionally those terms began on the Ides of March, near the start of the military season and smack in the middle of the month named for Mars, the god of war. But in 154 B.C., the Senate, facing an urgent rebellion in Spain, decided to elect the two new consuls early, on Jan. 1. That precedent became the standard.

Still, the early Roman calendar left something to be desired — namely, about 10 extra days. It only accounted for 355, falling well short of the actual length of the earth’s orbit around the sun. “That’s going to cause a lot of problems,” says Nikolaus Overtoom, an expert in ancient Mediterranean history at Washington State University. “Your calendar is going to drift very quickly.”

To set it right, the Roman high priests, or pontifices, established a special month called Mercedonius. In theory, it could be inserted every so often as “a stopgap to jolt the calendar back into correct alignment with the solar year,” Overtoom says. In practice, though, it became a tool for corrupt pontifices to manipulate the calendar whenever they wished to extend the terms of their political allies. “It’s a system that’s very hard to calculate and very, very easy to abuse,” Overtoom says.

By the time Julius Caesar took charge of Rome, in 46 B.C., he had on his hands not only a civil war but also a temporal crisis. The calendar, in the course of its haphazard modification over the centuries, had fallen into hopeless disarray. To solve the problem, the rising dictator enlisted Sosigenes, an Alexandrian philosopher he’d met while visiting Egypt during his recent military campaign (and affair with the Egyptian queen Cleopatra).

Borrowing from his homeland, Sosigenes introduced the state-of-the-art 365-day calendar. One of its most notable features was the leap day, designed to offset the extra day that accumulates every four years because the solar year is actually slightly longer than 365 days. Ptolemy III Euergetes of Egypt had tried and failed to enact this reform in his own country, after his subjects rejected the irregular addition.

Rome’s new system preserved many of its precursor’s parts, including the 12 months and most of their names (July was renamed for Caesar, and August, later, for Emperor Augustus). It also kept the Jan. 1 new year, partly for tradition’s sake and partly to honor Janus, the double-faced god for whom the month was named. It was an apt offering — Janus was the god of beginnings.

After the extraordinary year of 46 B.C. (it lasted 445 days, to correct for calendrical drift) came 45 B.C., and with it the dawn of Caesar’s eponymous Julian calendar. It was a vast improvement over the one it replaced. The Romans bequeathed it to their successors and, in a testament to its merits, this model of timekeeping dominated the Western world for 16 centuries. But despite its longevity, it wasn’t yet perfect.

The calendar’s primary fault was the length of the solar year it assumed: 365.25 days. Later calculations determined a more accurate length of 365.2422 days, with the decimals equating to 5 hours, 48 minutes and 46 seconds. “That sort of fraction doesn’t seem that big of a deal,” Overtoom says, “but if you compound it over hundreds of years, it becomes a big deal.” Essentially, the Julian calendar got ahead of itself by 11 minutes every year. For 1,600 years.

That made 16th-century Europe at least 10 days off course, and it left Pope Gregory XIII in an awkward position. The date for Easter — a supremely important holiday for all of Christendom, including the Catholic Church — is calculated based on the first full moon after the vernal equinox, which falls on either March 20 or 21. But year by year, the actual equinox arrived farther after the date that was supposed to represent it on the calendar. Without another adjustment, Gregory realized, future Christians would be observing Easter in the wrong season.

In 1582, the pope decided to act. He was “very interested in controlling the concept of time in a Catholic sense,” Overtoom says. His astronomers dropped 10 days from that year, placing the new Gregorian calendar back on track, and formulated a more exact rule — which we still follow today — for leap years: They do not occur in centennial years (1700 and 1800, for example), unless that centennial year is divisible by 400. So, 2000 was a leap year, while 1900 was not, and 2100 will not be, either.

During the Middle Ages, after the fall of the Roman Empire, New Year’s celebrations had again splintered throughout Europe. Many Christian countries moved it to March 25 (the Annunciation festival) or Christmas, to better fit their religion. Those variations lasted until Gregory universalized his calendar and kept the old starting date of Jan. 1, fixing the New Year as we know it today.

Getting With the Time

Again the new system far surpassed the old in precision. Much of Catholic Europe — including Spain, Portugal, France and Italy — accepted it immediately. But other countries refused for centuries. They were mostly Protestant and Eastern Orthodox nations, reluctant to adopt a Catholic innovation. The Gregorian calendar marched on, though, converting one culture after another to its undeniably effective strategy. Britain and the American colonies finally caved in 1752, when Sept. 2 gave way to Sept. 14 (by that time, the realignment required 11 days). Some people even changed their birthdays accordingly.

Other countries held out longer. Russia didn’t make the switch until 1918, after arriving 12 days late to the 1908 Olympics in London because of the time difference. The country was just one in the last wave of converts, as the cluster of nations that would soon form the Soviet Union adopted the not-so-new calendar in the wake of the Bolshevik Revolution. Greece followed suit in 1923, China in 1929. Nearly 100 years later, in 2016, Saudi Arabia finally joined the club.

Of course, some countries that adhere to the Gregorian calendar still celebrate their own traditional dates. But many have embraced the holiday, and after two millenia, Jan. 1 is the decisive New Year’s Day. “Our modern understanding of the new year,” Overtoom says, “is sort of an amalgamation of all this, cherry-picked from different cultures and different time periods.” Each year when the ball drops in New York’s Times Square, it’s only the latest expression of a custom born in classical antiquity.

Looking Back and Forward

Putting aside that entire saga, Pollard, the British historian, wondered in 1940 if this historical trajectory was missing a link. Is it a coincidence that the modern New Year’s Day falls so soon after the winter solstice, a celestial occurrence revered by many ancient civilizations? A long-standing Stonehenge theory, for example, argues the prehistoric monument was designed to display or calculate astronomical phenomena like the solstices.

There’s evidence that many cultures celebrated their New Year and other festivals around this time, when the hours and sun rays begin to grow longer, heralding the return of spring and a new crop. It’s a fitting moment to reflect on the past solar cycle, and to look ahead to the next one, as Janus was supposed to do with his two faces.

To Pollard, this connection seemed “suggestive at least of the possibility that the persistence of that beginning of the year, despite the imposition of more artificial dates, was due to the folklore of a race a good deal older than the Roman.” Maybe, when we carouse into the wee hours of Jan. 1 and form our resolutions, we’re channeling an even older and deeper human heritage.