Why Employee of the Month Programs Don't Really Work 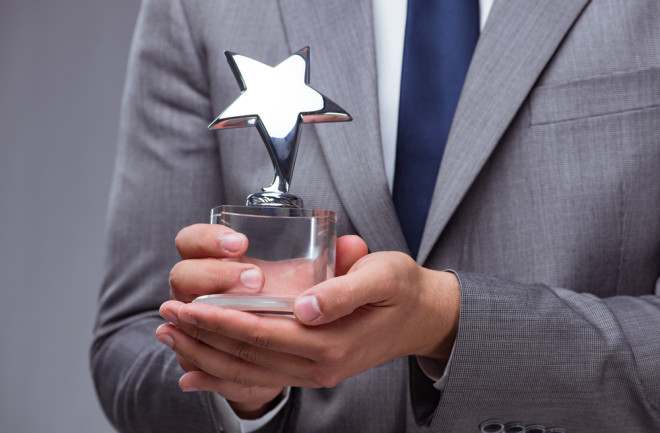 As a full-time student and a half-hearted retail employee in the 1990s, I worked during my holiday breaks at a bath products store. Our storage area was small, and we shared space with the neighboring clothing store.  Every time I went to the break room, I had to pass their employee of the month board.

Year after year, holiday after holiday, I saw it was the same employee. As noted in their list of top performers, no other employee came close to her devotion for selling pre-teen fashions. The board boasted her sales numbers, displayed her corporate awards and photos of her with the company’s leadership receiving plaques and certificates.

The employee continued to shatter sales records. Eventually, the board shifted to solely tracking the all-star as she competed nationally to outsell employees at other locations. A cartoon thermostat depicted her end goal, and the rising paper mercury showed her soaring progress. It was impressive, but I had to wonder — was it worth it for any other employee to even try? They’d never live up.

Employee of the month programs are typically attributed to psychologist B.F. Skinner and his concept of behaviorism. In his work, Skinner suggested that positive reinforcement, such as a reward or acknowledgement, strengthens a desired behavior. Rewarding employees for years of service or outstanding performance was thought to be a way to increase the desired behavior.

Social scientists, however, are increasingly learning about social comparison and how it motivates behavior.  Social comparison occurs in both personal and professional settings, and it can be manipulated to enhance productivity at work. But studies have also found that the wrong set-up can have disastrous consequences for the company —and the employee held up as a shining example.

Scholars have long considered social comparison as part of the human experience. In the 1950s, the concept became more operationalized as researchers considered how social comparison functioned and what it meant to the individual. Leon Festinger was credited with coining the term in 1954 in his work analyzing how groups communicate and come to agreement.

Festinger theorized that social comparison occurred in small groups when a person wanted to evaluate their opinions or abilities and did so by internally comparing themselves to others. With social comparison, a person sought information about how they related to the group, and compared themselves with someone who was similar or had similar attributes, a process later called same-level comparison.

As other scholars tested the theory, they found there were predictable circumstances in which people compared themselves with others. Downward comparison, for example, was often seen in scenarios in which a person felt threatened and intentionally chose a comparison target who they deemed less capable.  More recently, studies have found that social media users upwardly compare when they engage with users they deem as personally or professionally successful.

Whether upward or downward, motivation for social comparison is attributed to a desire for self-enhancement or self-evaluation, both of which contribute to a person’s sense of self-worth. And it’s based on a person’s drive to understand who they are with respect to a formed group.

Each group has its own culture, and because social comparison is a cultural construct, researchers find that some groups, particularly workplaces, nurture social comparison. But the consequences don't always work as intended.

Different organizations use social comparison, such as employee of the month honors, to encourage upward social comparisons. Companies also use employee rankings to motivate competitive behavior or offer competitive rewards programs. That way, the highest performing employee earns recognition that others do not.

Studies have found that envy can motivate productivity, but it can also trigger negative emotions that lead to decreased productivity and sabotage or attacks on the employee held up as a role model.

In one study published in 2007 in the Journal of Applied Psychology, participants were asked to think about their workplaces and upwardly compare themselves with an employee of their choice.  They were then asked to fill out a questionnaire regarding their feelings toward the employee such as, “I feel bitter” or “I sometimes feel hatred toward X.”  Participants then completed a questionnaire as to how often they engaged in hostility or attempts at sabotage against the other employee. The study found that feelings of unfairness and envy exasperated the participant’s hostility toward the other employee. They admitted to slowing down the target’s correspondence, talking about them behind their back, and actively trying to cause them problems.

Social comparison also decreased employee goodwill. One study followed bank tellers who were up for a promotion but lost the opportunity to another employee.  Prior to losing the position, the bank tellers rated the other employee as both likeable and similar to themselves.  After the promotee assumed their new role, the ratings fell and feelings of dislike increased.

So would the all-star employee I observed in the nineties have been subject to sabotage?  Did she eventually have to eat lunch alone?

Not exactly. Instead, her employer structured a performance competition, which studies find can spark envy. Instead of incentivizing employees to upwardly compare themselves and aspire to do better, employees are more apt to engage in counterproductive behaviors at work, including trying to undermine the target. The result is that company-sponsored social comparison can lead to employees losing trust with each other.  Not surprisingly, researchers recommend companies keep their incentive programs — but maybe keep the rewards themselves quiet.