Why Emotional Intelligence Takes a Dive Among the Affluent

When economic inequality rises, concern for others dips. 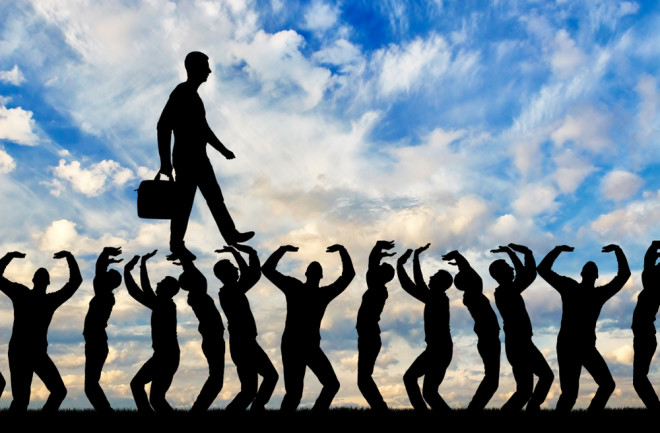 For years, social psychologists knew those with high socioeconomic status read the emotions of others poorly. But a June 2021 study in Social Psychological and Personality Science found when people experience economic inequality, they develop a more competitive mindset and, as a result, their emotional intelligence decreases.

“There’s more to gain and more to lose when there’s more inequality; people become more self-focused,” says study co-author Steven Heine, a social psychologist at the University of British Columbia. Generally, nobody wants to be at the bottom of the socioeconomic ladder, he says. When resources for those at the lower end shrink, competition increases and, in lock step, so does a more selfish outlook. “What we find is when people see more economic inequality, that makes them behave more like wealthier people,” he says.

“Economic inequality has been increasing in many countries around the world, especially in the United States. When there’s more inequality, people become less interested in each other,” Heine says. This leads to more criminal behavior, more corruption, more people willing to cut corners and cheat, he says. “All these situations have been found to occur when people are a little more selfish and self-focused,” he says, and “more competitive and less attentive to their fellow citizens.” Perhaps one of the reasons countries with lower inequality experience fewer societal problems may be that their citizens are more attentive to the struggles of others, he and his coauthor wrote in their study.

Coined by researchers Peter Salovey, now president of Yale University, and John Mayer in 1990, emotional intelligence is defined as the ability to recognize, understand, label, respond to and regulate the emotions in ourselves and others. Strong emotional intelligence has been correlated to workplace success, and much has been written about it. However, a 2004 review in Applied Psychology  suggests there’s more hyperbole than hard evidence, “with over-reliance in the literature on expert opinion, anecdote, case studies” and unpublished surveys.

“The relationship between success and emotional intelligence is fairly weak and this is probably due to a lot of factors,” says Michael Kraus, a social psychologist at the Yale School of Management. He co-authored a study published in Psychological Science in 2010 showing lower-income people scored better than higher-income people in three separate tests measuring empathy, accurately judging the emotions of another person with whom they’re interacting and accurately reading emotions based on photos of people’s eyes.

Higher income people have a greater share of resources so they’re less dependent on others and less motivated to pay attention to others’ emotions, according to a 2016 study in Psychological Science. Affluent people can afford to be more self-sufficient, which makes them more focused on themselves, says Pia Dietze, social psychologist at University of California, Irvine, co-author of the Psychological Science study. People growing up in lower-class settings have fewer material resources and are more dependent on other people to help them out, she says. Growing up in a culture of interdependency, she says, people learn to read facial expressions and take others’ perspectives into account.

More affluent people tend to be less engaged with others, pay less attention to nonverbal cues when judging others’ emotions and perceive others’ emotions poorly, according to Kraus’s research published in 2009 in Psychological Science and in 2010 in Psychological Science. “There are incentives when you are powerful to not pay attention to people’s emotional states,” Kraus says. “Put simply, other people’s feelings have less influence on your outcomes, which are more under your own control. So, this can lead to either an intentional ignorance of others’ mental states or, over time, a lack of practice with them.”

This plays out on a societal level, “particularly with how capitalism structures society, [when] being really rich requires a measure of not caring about someone,” he says. “Maybe it is the warehouse worker fulfilling Christmas shipping orders or communities in Africa devastated by the mining of cobalt and other raw materials for batteries that we use for electric vehicles. To accumulate wealth requires paying less attention to the suffering experienced by those that are exploited by that accumulation.”

In fact, Kraus and his colleagues found those with lower economic status were more concerned about the suffering of strangers, according to their 2012 study published by the American Psychological Association. In one of three studies conducted to measure concern for others, while watching a video designed to induce compassion, lower-class participants’ heart rates slowed – a physiological response that signals engagement with others.

Dietze and her co-author determined that allowing study participants to self-identify their socioeconomic status produced consistent results. When research subjects self-identify as poor, working class, middle class, upper middle class or upper class, her January 2021 study in Social Psychological and Personality Science  found, those from the two lower classes showed greater emotional intelligence, and those at the highest levels showed the least, with a stark line between working-class participants and middle-class participants. The biggest difference was between those whose parents had not attended college and those whose parents had college degrees, Dietze says.

In poor and working-class families, people tend to pay attention to others because other people can be more threatening or have more control over one’s work environment, she says. “If you think of social caste, it’s not only about money, but how you grew up, what you were taught, what your parents thought about the world,” Dietze says. “Upper-class people have the resources and money to be independent and follow their goals.”