Was it disease, competition with modern humans or a combination of factors that led to the extinction of our near evolutionary cousins? 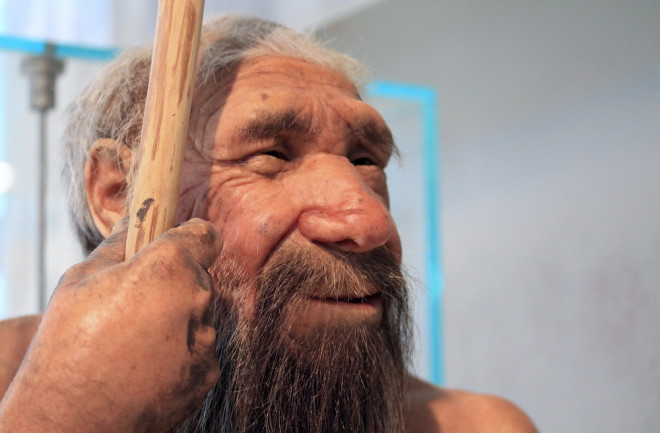 The Neanderthals may be our closest evolutionary cousins. They walked on two legs similar to us, used tools and may have created art and music. The hominids used fire and likely lived and hunted in complex social groups similar to the way that Stone Age Homo sapiens did about the same time.

“I wouldn’t say Neanderthals died out — because you and I both have Neanderthal DNA in us,” says William Banks, an archaeologist with the French National Centre for Scientific Research. “They didn’t essentially disappear without leaving their mark.”

But, given the difficulty of interpreting the fossil record, scientists are divided on why these near cousins and quasi-ancestors of many modern humans no longer walk the Earth. Many believe that modern humans outcompeted Neanderthals, eventually leading to their demise. That competition may have favored today’s version of humans due to superior technology, better immunity to diseases or minor differences in the social habits of Neanderthals. H. sapiens may also have been better equipped to cope with a changing climate.

“In the end you’ve got one population that replaces the other,” Banks says.

The Tools to Succeed

Neanderthals, so-called because the first known fossils of the species were found in 1856 in Germany’s Neander Valley, lived widely across Eurasia. They were a few inches shorter than H. sapiens at the time, as well as a little wider.

Archaeologists have found Neanderthal fossils from the Altai Mountains in central Asia down to Southwest Asia, and widely across Europe. These archaic humans and their evolutionary predecessors are the only known hominids to have occupied Europe before modern humans. H. sapiens began to make major inroads in the continent about 42,000 years ago, though a few fossils have turned up from earlier periods.

Read more: In Russia's Far North, A Lone Group Of Neanderthals May Have Been The Last Of Their Kind

The period of overlap between modern humans and Neanderthals was relatively brief, lasting roughly 3,000 to 4,000 years or so, Banks says. The radiocarbon dating technique typically used to determine the age of fossils has a 500-year error margin, so it’s difficult to get precise dates on what was happening with many of the fossil remains archaeologists have unearthed from this period.

Many researchers believe advanced hunting weapons or other tools may have helped humans outcompete Neanderthals. Neanderthals are known to have made use of basic spearheads, axes and other tools that were often only chipped on one side of the blade, known as Mousterian. Meanwhile, humans had technology often focused on knife-like blades that may have allowed more precision in certain uses.

Banks isn’t sure these discrepancies made the difference. He says researchers have to be careful not to come at the question of Neanderthal disappearance with the automatic assumption that humans were somehow superior.

“We really need to pay attention to remove biases,” he says, adding that it’s difficult to determine whether some difference in intelligence played a factor in the demise of Neanderthals. For example, cave art discovered in Spain has been dated to a period before modern humans are known to have been present in the area. Archaeologists have also argued that our evolutionary cousins made music based on the discovery of what may be the remains of a flute found in a Neanderthal context. Banks adds that Neanderthals were making personal ornaments out of raptor talons and using ochre to produce pigments for possibly symbolic purposes. Some archaeologists don’t buy that Neanderthals were capable of doing this, and others believe it may be a case of them learning from modern humans, Banks says, though he doesn’t hold the latter view.

“From what I can see, Neanderthals are incredibly complex from a behavioral standpoint,” he says.

Noah Rosenberg, a professor of biology at Stanford University, believes that disease could have played a major role in the disappearance of the Neanderthals. In a recent study published in Nature Communications, Rosenberg and his coauthors built a math model on the disease dynamics that occur whenever two distinct populations come into contact.

When European colonialists first arrived in what is now the Americas, the diseases they brought wiped out an estimated 90 percent of Indigenous people across North, Central and South America. In that case, Europeans had contracted a larger number of diseases due to higher population densities and more domestic animals, and subsequently developed some resistance that Indigenous Americans hadn’t.

While humans hadn’t yet domesticated animals 42,000 years ago, Rosenberg speculates something similar may have happened when humans began to interact with Neanderthals. Both hominids exchanged packages of pathogens when they met, but one may have affected the other species more than the other. Over generations, deaths may have led to a shifting border between humans and Neanderthals.

Using known data from the fossil record, the models Rosenberg and his colleagues ran showed that shifting boundaries between the two species in the Levant (along the eastern Mediterranean) could be explained pretty well by gradual population loss of Neanderthals to disease. It’s not clear what diseases these might have been, and why humans had more resistance, but he speculated it might be due to a larger package of pathogens existing in the tropical regions where humans migrated from.

“I wouldn’t claim that it’s the only factor, or even that it’s the most likely factor,” Rosenberg says. “It’s just that in imagining transmission of infectious disease between Neanderthals and humans, you can explain something that hasn’t been explained.”

The Many Factors Theory

Banks believes that disease, competition in one form or another, different responses to changing climate and environment, and resource use may have all played important roles in Neanderthal disappearance. In fact, these factors each likely played a role in different areas and at different times over the millennia of coexistence.

There are likely a huge number of diverse types of interaction that occurred between the two hominid species, he says – just like there are between humans today. The advantage could even have come down to something as simple as a difference in the way Neanderthals responded to outside changes in the environment and climate.

In a region Banks has studied in France, Neanderthals continued to use the same territories despite large-scale changes in the climate and environment that occurred about 70,000 years ago. “They are kind of the original homebodies if you want to call it that,” he says.

In order to remain in the region, Banks says the Neanderthals created new stone technologies appropriate to the changing environment. “They’ve got this capacity just like modern humans to technologically innovate and adapt to their conditions,” he says.

This population may not represent the habits of Neanderthals as a whole. But Neanderthals may have been more likely than modern humans to stay put over generations with smaller social networks. These different patterns in movement may have made the difference, according to Banks’ work. Smaller networks also may have resulted in smaller gene pools – some research shows inbreeding was relatively common among Neanderthals in at least some areas.

“You’ve got these very sophisticated and intelligent populations, but there’s just some small difference in terms of how they organize themselves on the landscape that makes the difference,” Banks says.

We’ll continue to learn more about these factors as archaeological techniques improve, helping us revisit excavated sites and better analyze newly discovered remains. But Banks says this is likely to further complicate the question of why Neanderthals died out rather than give us a definitive answer.

“I really don’t think that we’ll ever find the answer by saying ‘It was this one factor, and that factor tipped the balance,’” Banks says.