The former king of Macedonia built a vast empire that stretched from Macedonia to Egypt and even part of India. 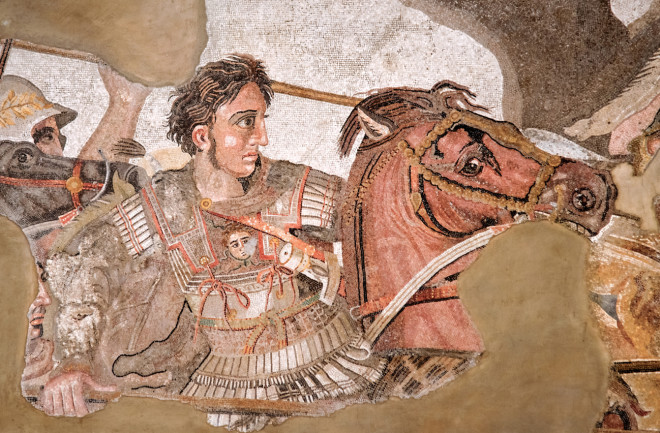 Alexander the Great lived a short life even by the standards of his time. The former king of Macedonia died mysteriously at the age of 32, though he had already conquered much of the civilized world and patched it together by that time. He was among the greatest generals the world has ever seen — but beyond that, the story of Alexander is often based in legend, with stars like Richard Burton and Collin Farrell portraying the leader on the silver screen. Still, the truth presents a much more nuanced view of what made Alexander so great.

Born in 356 B.C. in Pella, Macedonia, an ancient city located in present-day Greece, Alexander was famously taught by Aristotle throughout his childhood. According to a 2021 paper published in Advances in Social Science, his father, Phillip II, hired the famous tutor when Alexander was 13 to teach ethics, politics and debate. “It was during such period that Alexander obtained significant theoretical foundation of his later conquest of the world,” writes the study’s author.

At the age of 20, after Alexander’s father was assassinated, he immediately took over as king. Already a military victor with many battles under his belt, the newly crowned monarch marched on — collecting revolting Greek city-states like Thessaly and Athens, which had fallen outside the reign. Next, he set out to finish what his father had started: a war against Persia. According to an article published in the Bulletin of the Institute of Classical Studies, Alexander used propaganda to sell the war to the ancient Greeks, marketing “the war to the mainland Greeks as a revenge campaign …. to avenge the wrongs committed in the Persian Wars 150 years before.”

Read More: These 5 Ancient Rulers Changed the World. But Their Bodies Haven't Been Found

With Greek backing, he set out to overtake the great Achaemenid Empire, a nearly 200-year-old civilization founded by Cyrus the Great in modern-day Iran. By 330 B.C., Alexander had succeeded in bringing its king, Darius III, to his knees. According to the Conquest of Alexander, "Having defeated Darius III in the battle of Gaugamela, Alexander proclaimed himself king of Asia, claiming the right to rule the Persian Empire.”

Among Alexander the Great’s most famous accomplishments was the founding of the city that bears his name. Alexandria, founded around 332 B.C., was among the most sophisticated cities in the ancient world. An important naval port and center of Greek culture, it contained a multitude of Greek statues erected under the rule of Alexander. Fifty years later, one of the seven ancient wonders of the world, the Lighthouse of Alexandria, was constructed there.

By the age of 26, with much of the Mediterranean and Persia under his reign, he set his sights on the Indian subcontinent. His army won some brutal victories; but they were also tired after years of campaigning and as a result, they revolted at the ancient Babylonian city of Opis. “All sources agree that the mutiny was occasioned by Alexander‘s announcement that he was going to discharge home the old, the weak and the disabled soldiers. [This angered] all the rebellious troops who demanded to be sent home,” writes the author of a paper published in the Social Science Research Network.

Alexander would eventually turn toward home — though he never finished the journey. The king died in route to Macedon of a mysterious illness. At the time of his death, he was known for his charisma and ability to motivate troops into battle. But he was also known for his brutality and willingness to win at all costs.

The cause of Alexander’s death is largely a mystery. We know he fell ill and died in Babylon, an ancient city close to modern-day Baghdad; yet to this day scholars have debated the cause. It’s unclear whether he was a victim of malaria, typhoid fever, poisoning or some other cause.

A 2018 article published in the Ancient History Bulletin speculates that it could have been Guillain-Barré Syndrome, a condition that causes paralysis and may have resulted from a bacterial infection. Researcher Katherine Hall says this could account for it reportedly taking a long time for his body to decay. In fact, she says, he wasn’t dead at all, just paralyzed: “His death may be the most famous case of pseudothanatos, or false diagnosis of death, ever recorded,” she writes.

Once he did die, his empire almost immediately faltered and was split amongst his most senior generals. Without Alexander’s leadership, it didn’t stand a chance. While we may never know for sure how the great military leader fell, in the short time that he ruled, his victories and the empire he built will forever be regarded by historians.