Indirect research suggests reasons why some of us choose to settle down with a partner for the winter. 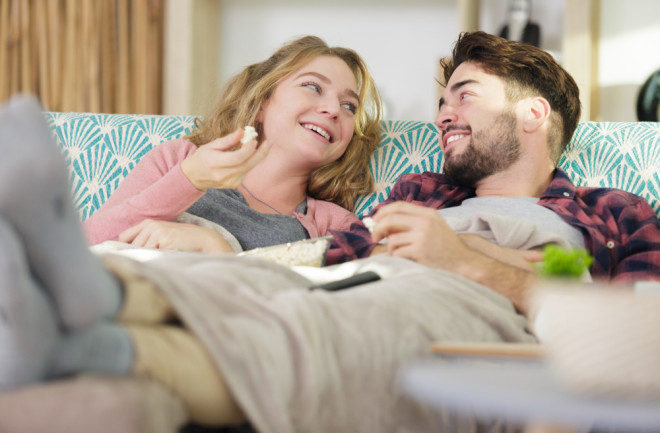 As soon as the weather begins to cool, ungulates like caribou and elk begin to pair up and mate in anticipation of the coming winter. The timing works out well for their resulting progeny, which are born in the warmer weather of spring when blooming vegetation provides their mothers with abundant nutrition.

Some believe that a similar impulse may be at work in humans — single people look for warm bodies to cozy up with for the cold winter months. This predilection for some people to search for temporary relationships come fall or early winter is often referred to as “cuffing season.” But do humans really act similarly to some of their mammalian relatives? What does science say about cuffing season?

“There’s no direct science on it at all,” says Gary Lewandowski, a psychologist at Monmouth University in New Jersey who writes about relationship science. But that doesn’t mean that cuffing season isn’t real, he says. “I didn’t find anything that suggests it’s complete garbage.”

Although it may well be a relationship trend for some people, proof of any overall biological imperative for cuffing season is hard to find for humans. But some research gets at it in a roundabout way, at least as far as males go.

A study published in 2008 in Perception examined how male attraction to females changes based on the seasons. Researchers asked 114 men to rate different features of women over several seasons, showing them the same photos every few months. They compared the results and found that the participants rated the same photos differently, depending on the time of year.

Other indirect evidence involves hormones. Some research shows that testosterone among males peaks every year in October or November. On the other hand, serotonin, a chemical that improves our mood, is produced less in the winter than in the summer. “Serotonin decreases in winter months, which lowers the mood. When people are not feeling so great, they may seek relationships as a way to boost their mood,” Lewandowski says, with the caveat that this evidence is mostly circumstantial.

Other indirect evidence shows that lower temperatures turn up a passion for romance. Research published in 2011 found that, the colder the weather, the more people wanted to watch romance movies — and even showed a willingness to pay higher prices to watch it.

“Physical coldness activates a need for psychological warmth, which in turn leads to an increased liking for romance movies,” wrote the authors of the study, which was published in the Journal of Consumer Research.

Humans are social animals, and the pressure of people’s opinions could play a role in driving us to partner up for the winter. This could be happening due to the holiday season, when we are more likely to see family and old friends that have maintained relationships for decades. “It could even be mom, grandma or people in your family [saying] ‘Why haven’t you found a nice person to settle down with,’” Lewandowski says.

Cuffing season or no, humans clearly aren’t at the level of caribou, who all coordinate their mating in order for females to calve at roughly the same time of year. But that doesn’t mean that some sort of genetic drive or instinct doesn’t remain from our distant evolutionary past.

“We don’t necessarily give enough credit to the idea that we are animals,” Lewandowski says.

In survival mode, humans, like other animals, will often huddle together for warmth. Lewandowski says that something deep within our nature could drive us to make stronger affiliations with others when resources are scarcer. “I can’t think of any reason why that doesn’t make sense,” he says.