An ancient tooth sample poses new possible explanation for the mysterious collapse of the Bronze Age, which could have been from disease. 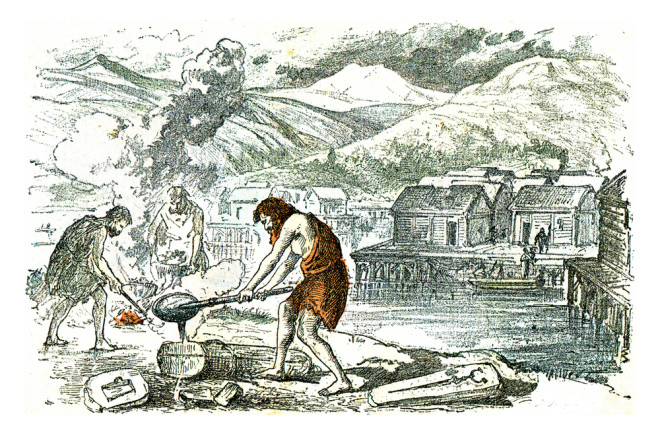 The dawn of bronze — particularly between 3300 and 1200 B.C. — coincided with the rise of some of the world’s earliest civilizations, most notably that of the ancient Sumerians and Egyptians. The alloy, which combines tin and copper, was stronger than the metals that came before it, and made for better tools used in hunting, war, agriculture and construction. As societies modernized, things like art, language and culture thrived and advanced; then that momentum came to a sudden halt.

By 1200 B.C., societies across the fertile crescent in modern-day Greece, Turkey, the Middle East and Egypt began to collapse. Experts have long speculated as to what caused their demise. One 2013 study published in the journal PLOS ONE blamed their collapse on an “abrupt climate change-driven famine” that took a dramatic toll on agriculture. Other theories, though largely unproven, have included the invasion of “sea people,” a band of brutes who arrived by water and conquered areas.

New research published in the July 2022 issue of Current Biology now points to disease as a likely contender. “Recent archaeogenetic research forces us to rethink models regarding the role of infectious diseases,” wrote the study authors. Using genetic evidence gathered from teeth found in an ancient cave site on the island of Crete, the researchers showed the presence of Yersinia pestis and Salmonella enterica, two bacteria that can cause typhoid fever.

What Teeth Can Tell Us

Teeth serve as an ideal tool for testing ancient pathogens because they last longer than bones, and they often hold traces blood, which allows researchers to look at genetic evidence. Previous research at this cave site on Crete had already shown well preserved teeth samples that contained DNA.

“We’re able to trace back pathogens that were circulating in the blood at the time,” says study author Gunnar Neumann, a Ph.D. student at the Max Planck Institute for the Science of Human History.

Using DNA found in teeth, researchers reconstructed the genomes from these ancient strains and compared them to modern strains of disease. Neumann says that these strains are now extinct so there’s a lot we don’t know. For example, fleas aren’t yet the mode of transmission and it’s not clear what is. “We don’t know for sure how this ancient form of typhoid fever would have compared to what we have today,” he says.

There’s a lot of theories that surround the collapse of the Bronze Age, and according to Neumann, disease should be one of them. “We need to consider pathogens as a probable contributor to the collapse of the Bronze Age,” he says. While researchers don’t think that it played such a dominating role like that of the Black Death — a bubonic plague in the 14th century that killed 75–200 million people — it may have been a contributing factor that led to the collapse of civilization, along with issues such as climate and war.

Anne Stone, a professor in the school of human evolution and social change at Arizona State University, says that the Bronze Age could have been ripe for the spread of disease. “This is an interesting study because it reveals early strains of plague and enteric fever during a time when population growth, population density and increased trade likely provided an excellent environment for crowd diseases,” says Stone, who did not contribute to the July study.

Additionally, while these forms of disease hadn’t yet fully adapted to what we see today, an already fragmenting society can worsen the spread of pathogens. “We know that pathogens today often take advantage of natural disasters, such as droughts and social turmoil … and then can exacerbate the effects. This could be an early example,” Stone says.

Between 1200 and 1150 B.C., the culture and writings of the time disappeared into darkness. The lush societies built around bronze, crumbled. And ever since then, we’ve been trying to piece together why. For now, this latest research only shows that disease may be one more piece in the puzzling downfall.