Visual Science: The Rocket That Could Save Astronauts' Lives 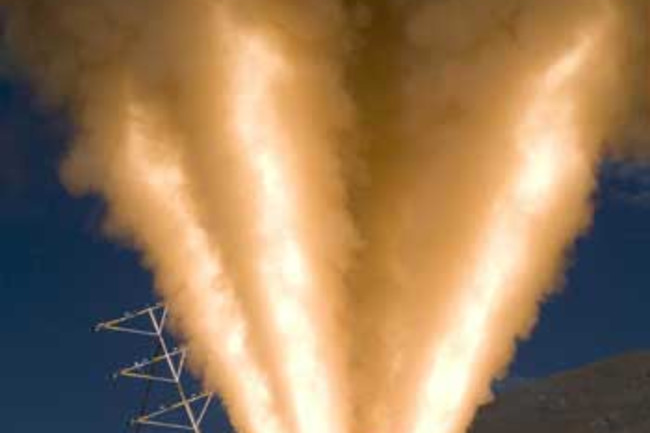 THE MOMENT: The launch abort motor for the Orion space capsule spews 100-foot flames from its four exhaust nozzles in a successful test firing in Promontory, Utah. Orion, NASA’s next-generation crew vehicle, is slated to carry astronauts to the International Space Station in 2015, to the moon by 2020, and eventually to Mars. In an emergency, the launch abort motor would thrust the crew capsule away from the Ares I rocket.

The SciencesWho Puts the Right into "The Right Stuff"?
Recommendations From Our Store