Queen Cleopatra VII of Egypt was a serious scholar who wrote about her scientific findings. 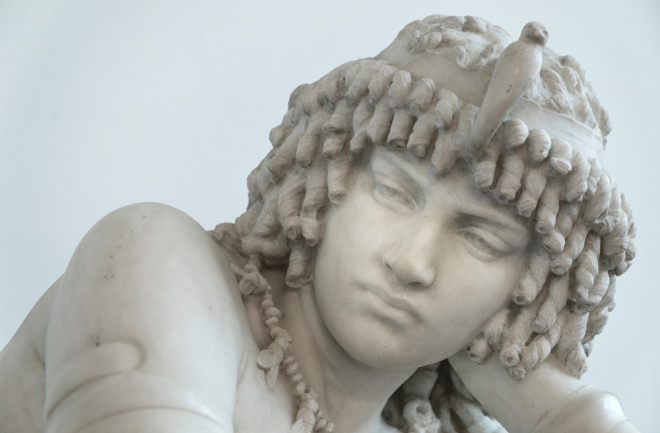 If the Romans had their way, we would remember Queen Cleopatra VII of Egypt as a depraved and power-hungry woman. Her lavish tastes and promiscuous lures corrupted the highest rungs of Roman leadership.

Cleopatra first paired off with Roman Dictator Gaius Julius Caesar, who helped her return from exile and ascend to the throne. After Caesar’s assassination in 44 B.C., Marcus Antonius (a.k.a. Marc Antony) became one of three Roman Republic rulers, and Cleopatra’s next ally and love interest.

The Romans weren’t ready for a powerful woman, and biographers and historians smeared her legacy. They failed to note that Cleopatra was a serious scholar. She spoke at least seven languages and was interested in science and medicine. She researched, conducted experiments (albeit cruel and unethical ones) and wrote about her findings. In her time, she was an expert in gynecology, pharmacology and aesthetics.

Cleopatra supported advancements in science and medicine. She also contributed to The Great Library of Alexandria, which was eventually destroyed after Cleopatra’s death during the Roman occupation.

Arabic-language texts note her legacy as a scientist and a scholar. Here are three documented examples of Cleopatra’s scientific prowess.

According to the legend, Cleopatra and Marc Antony were enjoying a feast when she bet she could spend 10 million sesterces on a single banquet. The next day, she hosted a beautiful banquet that Marc Antony was said to have enjoyed. He also doubted she reached the agreed upon price tag.

For the second course, Cleopatra arranged for a servant to place a vile of vinegar in front of her. With Marc Antony watching, she removed one of her priceless pearl earrings and dropped it in the vile. After the pearl dissolved, she drank the vinegar, thus consuming more than 10 million sesterces in a single sitting. Roman Senator Lucius Plancus declared her the winner of the bet.

Although some scholars say vinegar is not acidic enough to dissolve a pearl, others contend the calcium carbonate in a pearl would indeed react with the acetic acid. And that 5 percent acetic acid solution would take three minutes to react fully with powdered calcium carbonate. The cocktail, however, would likely have a fishy taste that was not enjoyable.

Cleopatra was anticipating Roman forces to destroy her dynasty and tested which poisons would offer her the fastest, least painful death. She used condemned prisoners to experiment on with lethal concoctions.

Using tinctures, which were mixtures of plant extracts dissolved in alcohol, Cleopatra would note how long it took the prisoner to die and which side effects resulted. Some prisoners experienced seizures or nausea, and she wanted to find the perfect poison that would allow her to die quickly and peacefully.

She then experimented with venomous snakes. Her own death has been attributed to cobra venom, but scholars are not in agreement. At the time of her death, Roman occupiers held Cleopatra under house arrest, and they intended to keep her alive. The Romans considered her valuable for maintaining order in Egypt, and it’s unlikely they would have allowed a servant to whisk an angry cobra into her room.

Some historians say Cleopatra likely bit herself to create a wound and then applied the cobra venom topically. Others say she probably drank a lethal mixture of hemlock and opium. Most agree that we’ll never truly know. The first account of her death didn’t occur until decades later.

Although Cleopatra spent significant time researching the easiest way to die, she also experimented with cures for various ailments. Her invention to cure baldness was made with equal parts of burnt mice, rags, and horse’s teeth. She combined those components with bear’s grease, deer marrow, and reed bark. Shen then mixed in the last ingredient, honey, to create a salve to rub on the afflicted area until hair began to grow.

Scholars have also attributed books on toxicology and cosmetics to Cleopatra. Egyptians were known for lining their eyes with black makeup. Scientists now understand the makeup contained low doses of lead, which supported the activation of nitric oxide. This helped combat bacterial eye infections.

Cleopatra also formulated skin brightening recipes as well as salves for helping contusions heal. She also might have concocted a painkiller that she eventually used in the final moments of her life. Although scholars aren’t certain how her life ended, some think it’s possible she dosed herself with a painkiller to ease her final suffering.