Alexander the Great, Cleopatra, Attila, Boudica, and Genghis Khan: Their remains have never been uncovered by archeologists. 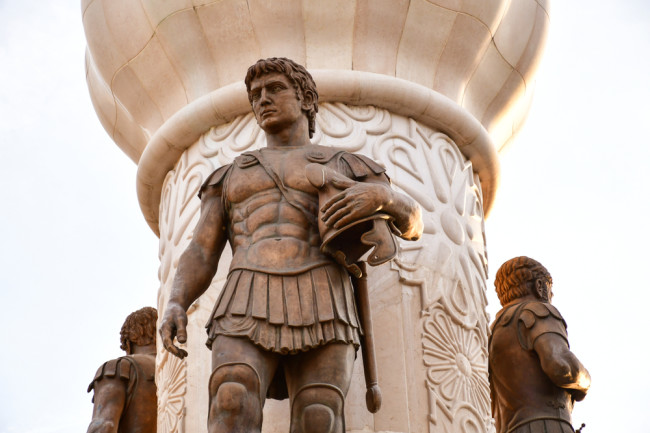 A statue of Alexander the Great in Skopje, Macedonia. (Credit: GK1982/Shutterstock)

As tourist attractions go, the final resting places of famous people score pretty high on the list. Just ask the caretakers at Westminster Abbey, where the graves of kings, queens, poets and scientists (including Newton, Darwin and Hawking) have seen millions of visitors over the years. And don’t even get us started on Graceland, where Elvis’ grave sees as many as 750,000 pilgrims. Per year.

But when you go further back in history, you find that the final resting places of many great figures are mysteriously missing. Here are a few people whose lives are well remembered, while their burial places are lost. 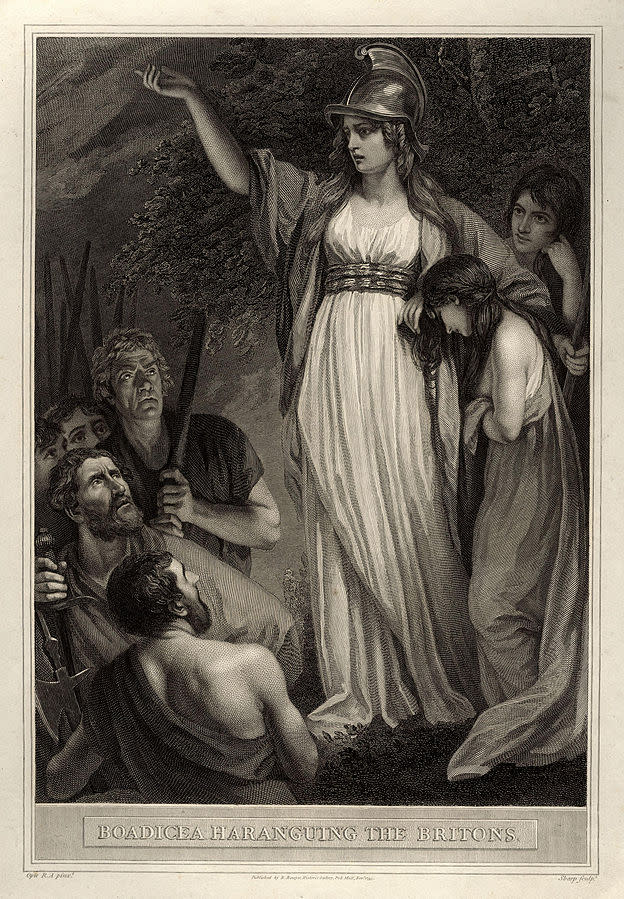 When the Romans conquered what is now England, in around 43 CE, they allowed Prasutagus, the leader of the Celtic Iceni tribe, to continue to rule his people. But as soon as Prasutagus died, in 60 CE, all bets were off. Not only did the Romans confiscate the Iceni’s land and impose Roman government, they flogged Prasutagus’s widow, Boudica (or Boudicca), and raped his daughters. This was, to put it lightly, a mistake.

The wronged queen led a coalition of rebel tribes that sacked two Roman settlements and very nearly drove the Romans right off the island. In the end, however, Boudica was defeated in battle in 61 CE. According to the Roman historian Tacitus, she poisoned herself to avoid capture. Cassius Dio, another historian of the time, reports that she died of battle wounds.

However she died, no one knows what happened to her body. There have been some (rather wild) claims that she’s buried under King’s Cross Station in London. It’s more likely that her grave, if there is one, is somewhere near Shropshire, where the Romans at last defeated her and her forces. In any case, even if someone does dig up bones that might be Boudica’s, it’s unlikely we’d ever know for sure. Sometimes DNA can be isolated from ancient remains to identify individuals. But Lindsey Buster, an archaeologist at the  University of York, who specializes in Iron Age Britain, explains that, for conclusive proof, remains must be well-preserved and we’d need a modern relative for comparison. It’s unlikely that either would be the case with remains thought to be Boudica’s.

That doesn’t mean the Warrior Queen is forgotten. Boudica became a hero to the women of the British Suffrage movement, and a statue of her stands in London today as a reminder of the independence of the British — and, more to the point, of women in general. 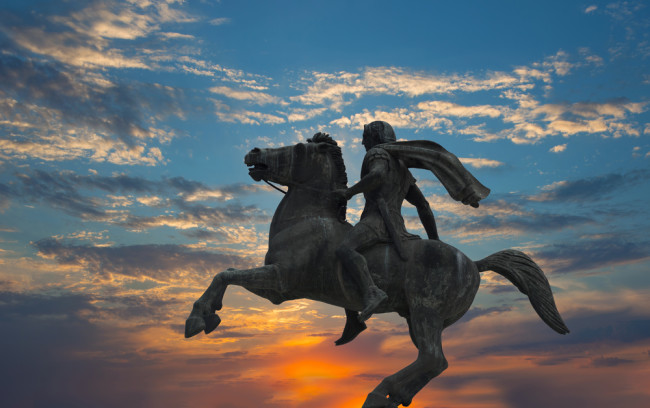 A depiction of Alexander The Great in Thessaloniki City, Greece. (Credit: Paul Shark/Shutterstock)

Alexander became the ruler of Macedon upon the assassination of his father, Philip II, in 336 BCE. The 20-year-old warrior quickly consolidated power throughout Greece and then expanded his rule. He conquered the Persian Empire, founded over 70 cities (including, of course, Alexandria), and consolidated an empire that stretched from Greece to India.

He accomplished all of this in barely more than a decade. In 323 BCE at the age of 32, Alexander died, probably of a fever. He was buried first in Memphis, then his body was moved to Alexandria. For several years his lavish tomb was visited as though he were a god.

Then in 356 CE, nature did what the Persian armies could not. A tsunami, followed by a series of earthquakes and rising sea levels, combined to defeat Alexandria. Much of what was coastline then is underwater now. And what is not underwater is underground. A new city was built on top of the old. Alexander’s tomb is likely lost under as much as 12 feet of layers of soil and more recent history — if it hasn’t been washed out to sea.

Over the years, many archaeologists have led excavations seeking Alexander’s tomb, with little success. However, new archaeological techniques, such as electrical resistivity tomography (ERT), have provided intriguing clues. ERT uses an electrical current to detect underground objects. An archaeological team working in Alexandria has found several anomalies that suggest they may be closing in on the final resting place of Alexander the Great. But so far, the mystery remains unsolved. 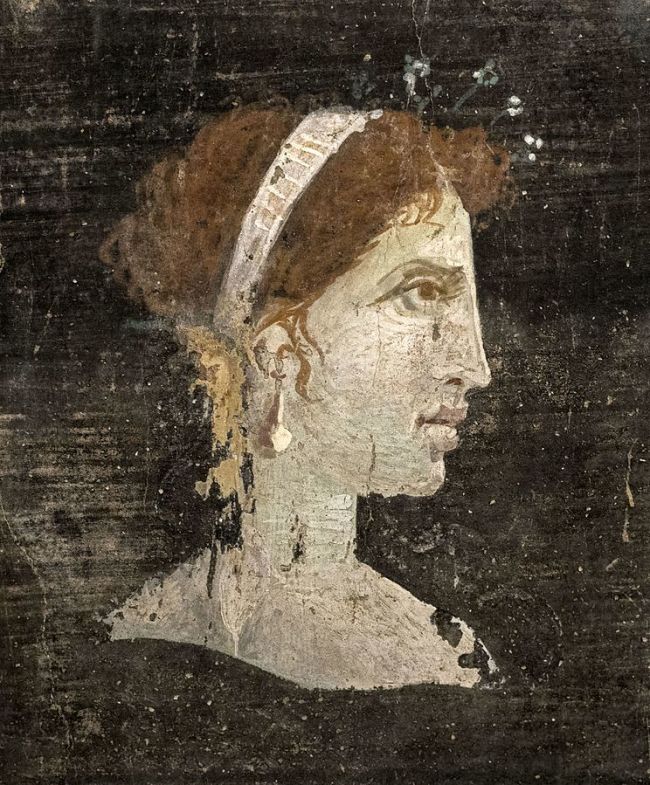 Cleopatra, the last Pharaoh, tried to keep her kingdom independent of Rome. After the death of Julius Caesar, she teamed up with Marc Antony (who was also her lover and father of three of her children) to keep Octavian, Caesar’s nephew and heir, from expanding his rule into Egypt. Quite the soap opera, yes? In the end, she was unsuccessful. When Octavian prevailed, Antony committed suicide. Shortly after, whether in grief over the loss of her lover (the more romantic version) or to avoid the humiliation of defeat and the ensuing slavery (the more likely version) Cleopatra killed herself — by the bite of an asp, according to Plutarch.

Roman historian Cassius Dio tells us that Octavian (who would soon become Augustus Caesar), with the graciousness of a victor, ordered Cleopatra buried beside her lover. But where? Alexandria, presumably, but therein lies a problem of which you are already aware. A tsunami, earthquakes and rising sea levels have devastated the Alexandrian coastline over the years. The area where the queen and her consort were most likely buried is now under water.

A team of archaeologists working in Taposiris Magna, a city about 30 miles west of Alexandria, have suggested that the queen’s mausoleum might be found there. But there’s little evidence to support the claim. Glenn Godenho, an egyptologist at the University of Liverpool, says the evidence linking Cleopatra to the site is limited to coins imprinted with her image. This only confirms that the place was used during her reign, not that she had any personal connection with the location. The tomb of Egypt’s tragic queen is likely to remain a mystery.

Attila, King of the Huns 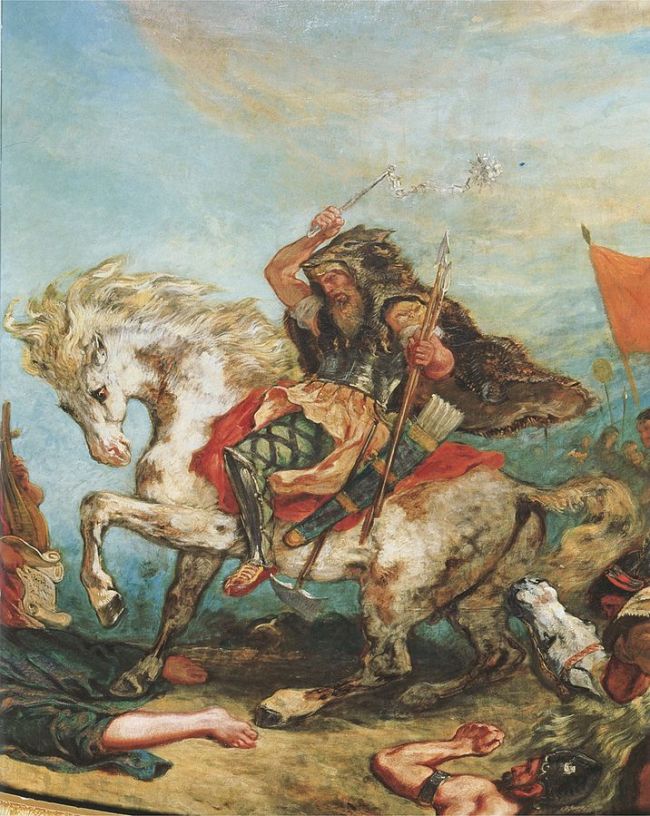 Attila ruled the Huns from 440 to 453 CE, and despite defeating many tribes who threatened the Roman Empire, he managed to be a major thorn in the side of the Romans. After inheriting an empire that stretched from the Alps to the Caspian Sea, Atilla negotiated a treaty with the Romans, which involved paying what amounted to protection money to Attila. When the Romans didn’t pay up, Attila attacked and pillaged their cities. His raids are thought to have been a significant factor in the fall of Rome.

The Hun leader’s tactics were so fierce and bloody that even today we use Attila as a synonym for viciousness. Surprisingly, Attila did not die in battle, but in his bed. In The Decline and Fall of the Roman Empire, historian Edward Gibbon describes Attila’s gruesome and bloody, if most likely natural death: “An artery had suddenly burst: and as Attila lay in a supine posture, he was suffocated by a torrent of blood, which, instead of finding a passage through the nostrils, regurgitated into the lungs and stomach.” The historians of the time put the cause down to heavy drinking at the wedding feast.

The story goes that Attila’s body was buried in three nesting coffins, one of iron, one of silver and one of gold. The men who buried him were killed so they could not reveal the burial spot. The grave is believed to be somewhere in what is now Hungary, but the exact location is — surprise! — still a mystery. If, as is likely, the grave was found and plundered after his death, we will never know the final resting place of the man who almost brought down the Roman Empire. 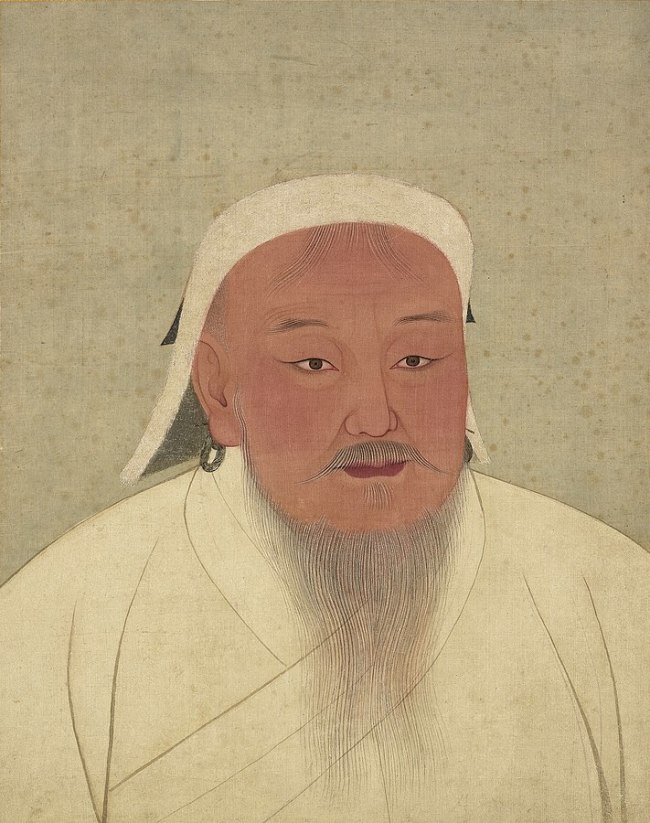 Genghis Khan united all of Mongolia — a collection of dozens of warring tribes — under his leadership. After that he moved on to the rest of Asia. By the time he died, his empire stretched from the Pacific Ocean to the Caspian Sea.

His skills weren’t limited to conquest, though he was a brilliant if ruthless warrior. The Great Khan, as he is known even today in Mongolia, brought his people a census, a postal service and a written language. He installed a system of meritocracy in his government, supported religious freedom, and banned torture in his kingdom.

He died in 1227 CE while on a campaign in China, probably after falling from a horse while hunting. His sons took his body home to Mongolia, where their father had asked to be buried in an unmarked grave. They went to some trouble to respect their father's request. According to legend, Genghis Khan was placed in a coffin and buried in a deep pit. Then 10,000 horses trampled the area to conceal the grave.

He is thought to be buried somewhere near his birthplace, in the Khentii Mountains in northeastern Mongolia. Modern techniques, such as ground penetrating radar, magnetometers, satellite imagery and drones are being used in the search for his burial place. Citizen scientists have even been called on to crowdsource the readings of satellite imagery to help spot anomalies that might identify the ancient grave.

However, there is one major obstacle in the way: The Great Khan is still revered in Mongolia. Most Mongolians prefer that his dying wish be respected. High-tech archaeology may yet uncover what 10,000 horses tried to hide. But if the Great Khan’s descendants get their way, his grave will remain undisturbed.

Decoding Cuneiform, One of the Earliest Forms of Writing

Why Small Talk Is Good For You 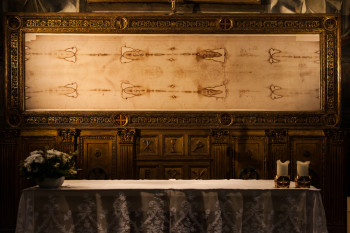 The SciencesThe Shroud of Turin: Created by Miracle or Medieval Forgers?
Recommendations From Our Store