The Unsung Heroes of Science

Some scientists never got the praise they deserved. Here's to the ones history passed over. 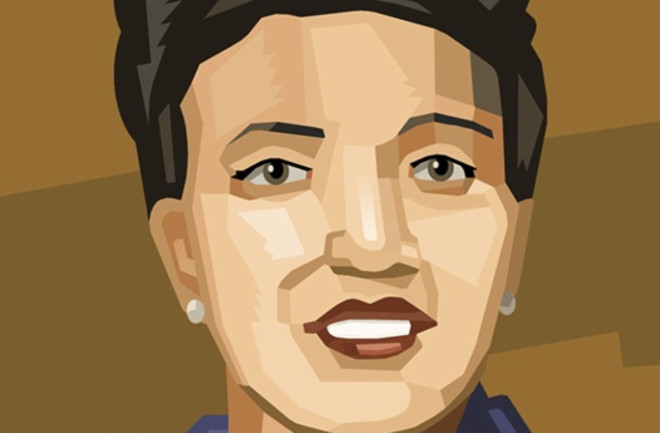 Observe. Hypothesize. Experiment. Revise. Repeat. The scientific method is the foundation upon which researchers build. The man who laid the groundwork for it, however, is all but forgotten in the West.

Born in the mid-10th century in what is now Iraq, Ibn al-Haytham, known to English speakers as Alhazen, was a man of endless curiosity. At a time when the Arabic-speaking world was the epicenter of scientific inquiry, Alhazen was one of its brightest stars.

He wrote more than 100 books on physics, mathematics and astronomy, among other fields, and is believed to be the first to explain how our brains create the illusion of the moon appearing larger near the horizon. His pioneering work on optics inspired the likes of Roger Bacon and Johannes Kepler centuries later. But Alhazen’s creation of the scientific method is his most far-reaching achievement.

Known for developing theories based on experimentation and data collection rather than abstract thought, Alhazen stressed the need to test results — especially those considered canon, as he wrote in his Doubts Against Ptolemy:

“A person who studies scientific books with a view of knowing the real facts ought to turn himself into an opponent of everything that he studies; he should thoroughly assess its main as well as its margin parts, and oppose it from every point of view and in all its aspects.. . . If he takes this course, the real facts will be revealed to him.”

Alhazen’s advice can be seen in action today around the world, from middle school science fairs to the Large Hadron Collider.

Chien-Shiung Wu’s path to the highest levels of science began in coastal China’s Jiangsu Province. She arrived in the U.S. in 1936 to pursue a doctorate at the University of California, Berkeley. While there, her experiments with X-ray emissions and xenon gas became important contributions to the Manhattan Project.

But it was her work a few years later, at Columbia University, that would earn her a place in the physics pantheon. Wu was the first to verify — and later refine — Enrico Fermi’s theory of radioactive beta-decay, which describes how some unstable atoms emit radiation when transforming into more stable atoms.

In 1956, other researchers asked Wu to help them prove their hypothesis about a breakdown of the law of parity. The law states that objects and their mirror images should behave the same way, only reversed, like a right and left hand. Wu’s complex experiments confirmed their hypothesis. The team won the Nobel Prize in Physics in 1957, but never acknowledged Wu’s contribution.

The lack of credit didn’t hold Wu back. She went on to become the first woman president of the American Physical Society and a National Medal of Science recipient. She enjoyed a long career as a distinguished professor, and great acclaim within her field, where she was known as the “First Lady of Physics.”

At a memorial conference in her honor in 1997, Nobel laureate Leon Lederman spoke for many when he recalled her exacting standards during their collaboration decades earlier: “The week of agony I endured some 40 years ago at the hands of my esteemed colleague C.S. Wu taught me a lesson about what it means to be a great scientist. That is, that validity of your results must have the highest priority.”

When he was barely a teenager in the 1780s, Francis Beaufort went to sea in the British Royal Navy. On his first voyage, to China, the ship foundered because of inaccurate navigational charts. Beaufort and other crew members spent five days on the open water before being rescued.

The harrowing experience set him on his life’s course.

When he was a midshipman, Beaufort began making weather reports every two hours rather than the standard 12- to 24-hour span. By the time he was in command, he kept a detailed weather journal as well, and he had devised a system of alphanumeric notations about weather conditions that became standard throughout the Navy.

You may have heard of the Beaufort Scale, which evolved out of his notation system and classifies wind force. Though Beaufort developed the scale for winds at sea, it was later modified to include overland winds as well.

What you may not know are Beaufort’s other contributions to science. When he was appointed as Hydrographer to the Admiralty in 1829, he was determined to map all uncharted waters. Over the next 26 years he produced nearly 1,500 meticulously detailed charts, some of which are still, like his notation system, in use today. He also began publishing mariner notices and timetables, transforming the Hydrographer’s Office from obscurity into a cutting-edge institution.

Oh, and one more science assist: In 1831, as Captain Robert FitzRoy prepared to survey the coasts of South America, he asked Beaufort to find someone well educated, “some scientific person,” to accompany the expedition. FitzRoy’s ship was the HMS Beagle. Beaufort recommended Charles Darwin.

Raymond Dart: Getting to the Root of It

In 1924, scientific consensus held that humans had evolved somewhere in Eurasia. After all, human-like fossils had been found from Germany’s Neander Valley to the Indonesian island of Java.

Then an Australian anatomist working in South Africa received a package. The delivery was expected. Its contents were not.

The box was supposed to contain a fossilized partial baboon skull from a limestone quarry in the country’s heartland. Raymond Dart had planned to add it to a museum collection.

To Dart’s surprise, the skull in the box belonged to a child. Not a human child, but also not a baboon. The specimen was large-brained. Because the spinal cord entered the skull at the bottom rather than at the back, as it does for chimps, Dart believed the individual had walked upright — until then, considered an exclusively human trait.

He called the skull Australopithecus africanus and argued that it showed we evolved in Africa. Science, its center of authority then firmly in Western Europe, scoffed. But South African paleontologist Robert Broom and Dart began exploring the country’s numerous cave systems. They turned up more fossils, far older than any from Eurasia.

Even as Dart’s theory of our ancestral African homeland was vindicated, a series of discoveries in eastern Africa beginning in 1959 suggested that was where our ancestors had evolved.

Over the past two decades, however, South Africa has re-emerged as the potential root of our family tree with additional finds, some older than eastern Africa’s famous “Lucy.”

Paleoanthropologists still disagree on where our ancestors took their first bipedal steps. But the debate, thanks to Dart, is over which part of Africa we should call home.

Along the southern coast of England, waves crash against sea cliffs, eroding the rock and revealing fossils that span the Mesozoic Era, the time of dinosaurs and giant reptiles.

For centuries, locals combed the beaches, or picked their way up the crumbling cliffs, looking for curiosities to sell to tourists and collectors. It was dangerous work, but Mary Anning’s father taught her the trade when she was still a child. When he died young, it became a way for Anning to help support her family.

Anning was no more than 13 years old when she found her first notable fossil, in 1812: the fossilized body matching the Ichthyosaurus skull her older brother had uncovered the previous year. She soon discovered more, including plesiosaurs, fish, invertebrates and a pterosaur, England’s first.

Visitors to her fossil shop often noted they found Anning a woman of considerable intelligence and knowledgeable about anatomy. Geologists and scholars in the emerging field of paleontology sought her out. When she died of cancer at age 47, she was honored by the Geological Society of London, an organization that would not admit women for another 72 years.

Respect is one thing; formal recognition is another. Anning’s finds entered museum collections under the names of the men who purchased them from her. Research based on her discoveries rarely acknowledged her contribution.

Even today, the sharp-eyed woman who got her hands dirty taking pick and shovel to sea cliffs is best remembered as a tongue twister: She sold seashells by the seashore, yes, but she also scienced.

Born in Edinburgh at the height of the Enlightenment, James Hutton was a gifted observer. With that skill he would formulate the first theories of deep time, and of how our planet’s surface constantly recycles itself — ideas considered heretical in his day.

Hutton’s work became the basis of modern geology, inspired Charles Darwin and prefigured plate tectonics, volcanology, geobiology and the Gaia Hypothesis, a late-20th-century view of the planet as a single self-regulating organism.

His keen eyes also steered him away early on from a different path. After attending medical school in the 1740s, Hutton opted to become a gentleman farmer. He traveled through much of Britain learning the latest agricultural techniques, but the landscapes themselves increasingly drew his attention.

He became obsessed with unconformities in the rocks, where strata are distorted, rumpled or jumbled in composition, some layers of rock thrusting near vertically into those above or below.

Earth, Hutton theorized, was not a static thing, but a dynamic world of constant reinvention. Continents built up and then wore down, the cycle repeating over millions or even billions of years.

Hutton lived at a time when even learned “natural philosophers” — the word scientist did not yet exist — believed Earth was a mere 6,000 years old. When he finally published Theory of the Earth in 1788, he endured vituperative criticism.

The key word here is endured. Despite the initial negative reaction, and a few decades of obscurity after his death, Hutton’s theory eventually became mainstream — the bedrock upon which modern earth sciences sit.

More than 65 years after her death, Henrietta Lacks’ contributions to science are a cause célèbre. HBO planned to air a movie about her life in April; high-profile lectures and conferences now bear her name.

When Lacks died at 31, however — a wife, a mother of five and an impoverished black tobacco farmer struck down by cervical cancer — she was virtually unknown. Tissues from the malignancy were collected, without the knowledge or consent of Lacks or her family, and used to create the first human-derived cell lines. HeLa, as the cell lines are known, have proven invaluable for cancer research. They have been the basis of tens of thousands of experiments.

But researchers barely tried to protect Lacks’ identity, treating her cells as no different from a sample collected from a lab rat. When writer Rebecca Skloot’s 2010 best-seller The Immortal Life of Henrietta Lacks brought her story into the public spotlight, it spurred an outcry.

Little changed, however. In 2013, researchers published the HeLa genome, with personal information pertaining to both Lacks and her family, online with her identity.

The incident led the National Institutes of Health to create a review process that gave Lacks’ descendants a voice in approving future HeLa research. The arrangement represents a new era in the handling of human genetic material.

There are other Henriettas out there: individuals whose genetic information has been used in research without consent. It’s logistically impossible to track down these unwitting participants or their descendants. Instead, they remain the true unsung heroes of science. Henrietta Lacks’ greatest legacy is to give them a face, that we be reminded of our debt to them.