Parental favoritism may speak to an evolutionary perspective of carrying on the gene pool. 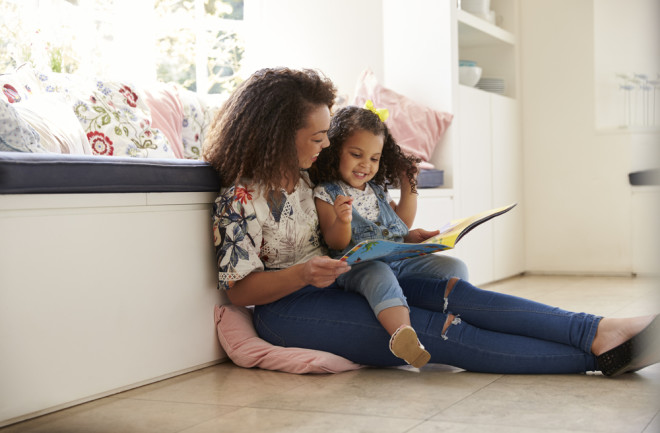 Despite societal taboos, parental favoritism is relatively common and accepted. While most parents won’t admit to playing favorites, research has shown that around 70 percent of them do. And it can have long-term consequences. A recent survey found that kids who report their parents had a favorite child are far more likely to have felt lonely growing up. Disfavored children are also prone to using drugs and having low self-esteem.

But if parental favoritism is so detrimental to kids, then why are so many parents guilty of it? According to experts, it could be out of our control — an evolutionary trait meant to carry on the bloodline.

Various factors impact favoritism — from gender, to intelligence, to age — however many of them may be based on the evolutionary need to carry on as a species. “The most robust offspring is where you’re going to pour investment because they have the best evolutionary chance of setting you up for success,” says Kristina Durante, a marketing professor at Rutgers University.

These ideas are hard to research because parents aren’t likely to admit to parental favoritism, which is why Durante studies where parents divert financial resources. Her research has shown that parents favor girls when the economy is bad and boys when the economy is good. This may be because a successful male can go on to father many more children than a girl, who is limited by the number of babies she can successfully birth. On the other hand, a poor boy may not father any children while a poor girl is more likely to.

According to the research, wealthy people tend to favor boys because they are a high risk, high reward offspring. An appealing, wealthy son, for example, can potentially father a huge number of offspring, but a poor boy who is less appealing will have more trouble finding a mate.

Rich males throughout history have been motivated to spread their seed. The powerful ancient Egyptian pharaoh Ramesses II, who lived in the 13th century, married many times and supposedly yielded over 100 children. Sultan Moulay Ismaïl, who reigned from 1672 to 1727, may have sired over 1,000 children.

Lambrianos Nikiforidis, a researcher who has studied parental favoritism, says that this thinking is highly antiquated, but from an evolutionary perspective, carrying on the gene pool is the most important thing. Other research has shown that parents favor the better-looking child because they have more of a chance of finding a mate. From an evolutionary perspective, parents favor the child that’s most likely to reproduce. “In the end, it’s about which child will yield more healthy offspring,” says Nikiforidis.

While this might seem barbaric today, parents are still hoping for a return on their investment, according to economist Gary Becker. In modern times, the sibling that’s more likely to earn the most money might be favored. In societies where men control the financial resources, you would expect the boy to be favored.

Factors like the child’s ambition, intelligence and even health, says Nikiforidis, may play a role in determining which child will be most successful.

Durante says that many of us favor one child over another without even realizing it. It’s worse when parents are under stress because they don't have the emotional awareness to hide the way they feel. To equalize favoritism, she says parents can write down every time they give something to one child, so that the investments are equal.

Favoritism is the dirty little secret of parenting. But humans didn’t survive this long without making hard choices. “We don’t like to think we do this, but it’s so evolutionarily ancient to pour all of your resources into the offspring we think will succeed. We still have a vestige of this in our brains,” says Durante.