The Science Behind Why We Get Hangry

Is the hanger real? Researchers debate if hanger is a physical or emotional state. 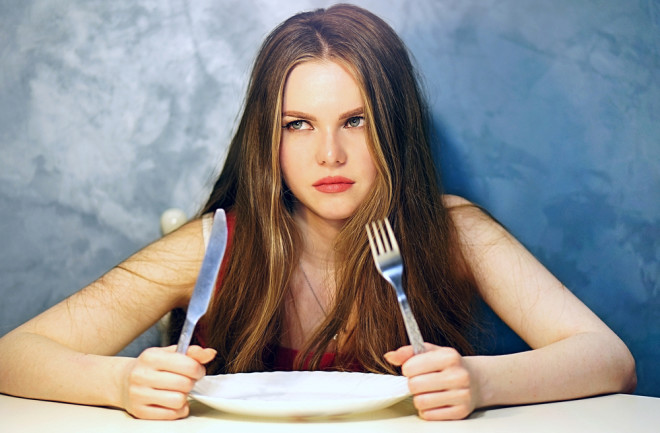 In a 2010 Super Bowl ad, actor Betty White, then age 88, plays football with a team of young men. After a rough tackle into a puddle, one of her teammates accuses her of playing, well, like Betty White. A friend intervenes and offers a Snickers bar. In just one bite, the snacker transforms back into an athletic young man.

“You’re not you when you’re hungry,” is the commercial’s message, which suggested that hunger can substantially change a person’s mood. The press gave the ad positive reviews and ranked it as one of the best Super Bowl commercials.

But is it true? Does being hungry profoundly change a person’s mood? Is hanger, the combination of being hungry and angry an actual thing? Scientists have learned hunger activates hormones and sparks a physiological response. But they disagree on what that means. Some scientists say being hangry is real. Others say it’s a biological, not an emotional process.

The Science of Hunger

Hungry rats have helped scientists understand how the body reacts when in need of nourishment. In a 2016 study in Neuropsychopharmacology, scientists injected rats with a hormone produced by an empty stomach to see how it changed the rats’ behavior during food tasks that required self-control.

In one task, the rats learned to wait for a flashing light before they pressed on a lever and received a food pellet. If a rat didn’t wait for the light to flash and pressed the lever too soon, then it was penalized and missed the next chance to press for a pellet. After the ghrelin injection, the rats couldn’t resist their urge to press before the light, even though they understood they’d miss the pellet opportunity.

In another task, the rats learned the longer they waited to press the lever, the more treats they received. After the ghrelin injection, the rats wanted their pellets promptly and weren’t willing to wait to receive a reward. The authors concluded that ghrelin increases impulsivity and reduces self-control. For rats, being hungry was a physical state that led to an emotional response.

Rats aren’t the only creatures to not be themselves when they are hungry. A 2021 study in Animal Behaviour found that male fruit flies get more aggressive when food-deprived. The authors concluded that “[...] dietary stress increases aggression, suggesting flies get ‘hangry.’”

Similarly, another study looked at two groups of Apennine chamois, a horned goat-antelope that lives in the mountains of Spain, France and Italy. The scientists compared a herd that lived in a nutrient-rich area with a herd that lived in a sparser area. They found the herd that was more food-deprived had higher levels of aggression and stress response.

The hangry herd showed more aggression while foraging, which the authors concluded was likely an evolutionary strategy meant to help them secure needed nutrients and survive. Herd members were also more vigilant while grazing, and more likely to lift their heads to see if there was a threat from predators or other grass-loving chamois.

But do humans get hangry? Studies find that hunger is linked to a wide range of self-control issues.

A 2013 paper in Psychology looked at the behavior of hungry people in 10 studies. Hungry people made more errors in tasks, and like the rats, they were more apt to have less self-control when their tummies were rumbling.

When trying to make sense of the results, the authors suggested that hormones like ghrelin might influence a person’s mood. They also thought a failure of self-control can be an emotional relief. Another idea was that negative attitudes or aggression was a type of self-preservation that kicks in when the body senses energy resources are low.

Not all scientists agree, however, that hanger is a thing. In a 2019 article published in Emotion, two psychologists suggested that hunger is a physiological state and that people give meaning to it when they perceive it as negative.

They recommended labeling the emotion in order to put feelings into words. It’s a process called affect labeling, and it can lessen the intensity, and perhaps even mute the feeling. Thus, identifying ‘I’m not myself because I’m hungry’ might just stop a person from having the hangries.

More From Discover
Health
The Best Times of the Day to Eat, According to Science
Health
Is 'Expired' Milk Safe to Drink? Here's How to Know When to Throw Away Food
Health
How Saliva Changes The Flavor Of Food
The Sciences
The Domino Effects of a Global Food Shortage
Health
What Factors Matter Most For Weight Loss?
Health
4 Science-Backed Diets to Improve Your Health
Recommendations From Our Store
My Science ShopDiscover STEM Kits
My Science ShopDiscover 2022 Calendar
My Science ShopStrange Science
My Science ShopElements Flashcards
Shop Now
Stay Curious
Join
Our List