The past in color

I don't know about you, but I have a weird mental problem whereby my visual model of the past is strongly shaped by the constraints on the various representational modes which preserve images from a particular era. For example, the paintings of the 18th century shape how I imagine the 18th century, while the black and white photos of the early 20th century tend to drain color out of that period from my mind's eye. So it's always of interest to me when extremely old color photographs are discovered. A reminder to my subconscious that the past looked just like the present in many ways. But this set from The Boston Globe are so good that it's mind blowing. All the images are from between 1909 and 1912, and within the boundaries of the Russian Empire. Here's a sample: 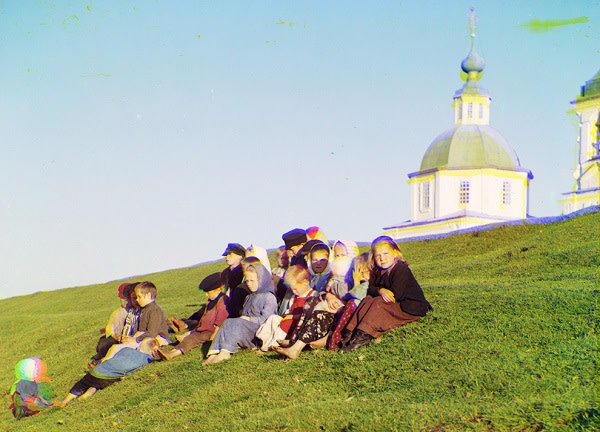