With the discovery of fast radio bursts, astronomers once again navigate the path from weird result to verified science. 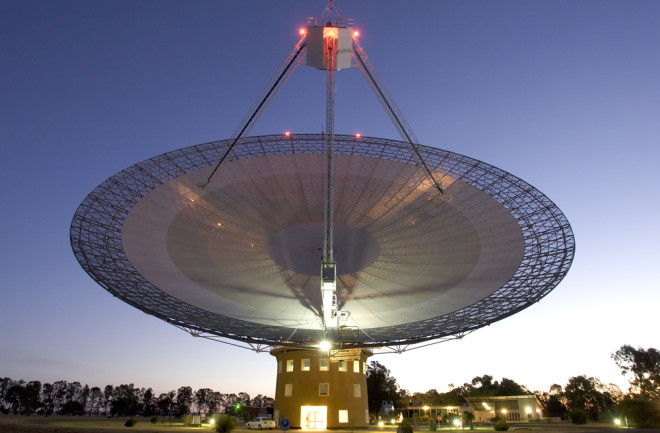 Duncan Lorimer will never forget the moment he stumbled upon one of the great new mysteries in astronomy. The English radio astronomer at West Virginia University had asked an undergraduate, David Narkovic, to comb through pulsar survey data from the Parkes Observatory in Australia. One fateful day in 2006, Narkovic walked into Lorimer’s office with evidence of an unusual observation: a pulse of radio waves from the sky unlike any seen before. It was among the brightest observations ever in radio astronomy, originating from billions of light-years away, and it lasted just a few milliseconds. “I was speechless,” Lorimer recalls. “To be honest, I didn’t know what to make of it.”

Lorimer and Narkovic had uncovered the first fast radio burst, or FRB. It was a total surprise to them; the idea of radio wave bursts had been abandoned after scientists in the ’70s and ’80s failed to locate such signals. Only a handful of them (11 at last count) have been observed since their discovery nine years ago, and they remain unique. Many astronomers think they come from outside the galaxy, but beyond that, their origins remain mysterious. As novel as FRBs are, however, they are just the latest example of a sporadic but always exciting moment in science: an unexpected discovery of an anomaly in the expected data.

Although each unusual scientific discovery is unique, different disciplines of science process these anomalies similarly. The physicist and philosopher of science Thomas Kuhn first advocated the importance of such unexpected discoveries in the 1960s. Scientific progress is not a linear development of accepted theories, he argued, but instead relies on such anomalous discoveries to move the field forward. When enough accumulate from experiments, a field will enter a period of crisis, which often leads to a fundamentally new understanding of the field, known as a paradigm shift. Science is filled with examples of paradigm shifts throughout its history, such as the switch from Newtonian to Einsteinian physics, the rise of evolution to account for the variety of life and the acceptance of plate tectonics to explain the movement of continents over time.

In astronomy, paradigm shifts typically come from an unexpected signal in the sky. Steady pulses in the 1960s yielded the unexpected discovery of pulsars — the city-size neutron stars that Lorimer sought when he stumbled upon FRBs. Similarly, gamma ray bursts can originate from among the most violent events in the universe, such as the collapse of a massive star, but they were only serendipitously discovered by researchers monitoring nuclear proliferation on Earth during the Cold War.

Kuhn revolutionized how scientific anomalies are viewed today, but it’s still not so simple. “Most historians and philosophers of science, although they like the thrust [of Kuhn’s argument], don’t buy it all,” says Alan Rocke, a science historian at Case Western Reserve University in Cleveland. “There are still many disagreements about the details.” In reality, history is far messier. Some paradigm shifts take a long time before a theoretical framework emerges, and sometimes anomalies lie dormant for decades or even centuries before being accepted and changing the course of science. Critical scholars argue that a Kuhnian world defined by sudden shifts is too simplistic, and that in reality things play out differently under different circumstances.

The first fast radio burst jumped out from the data at researchers, who struggled to explain it. (Credit: Duncan Lorimer/West Virginia University)

Kuhn’s view also can leave too casual an impression of scientific progress. Look no further than the term paradigm shift becoming a corporate buzzword with little nonscientific meaning. Rocke emphasizes that serendipitous discoveries do not just pop out of nowhere. “It’s similar to what Louis Pasteur said: ‘Chance favors the prepared mind,’ ” he says. The discoveries of super glue, Teflon and saccharine are all “lucky breaks” that actually came from determined chemists in the laboratory. “If you find something odd, it usually happens when you are obsessively engaged,” Rocke says. “You are focused, you are fiddling, and you only notice because you know what should happen.”

And indeed, that first “Lorimer burst,” as it was known before the discovery of other FRBs, may have gone unnoticed if he hadn’t been deeply interested. But which way would this anomalous signal go? Was it the first step on the path to a paradigm shift in radio astronomy, similar to pulsars or gamma ray bursts? Or were Lorimer bursts a dead end?

From Error to Anomaly

Lorimer soon enlisted friend and collaborator Matthew Bailes, a pulsar astronomer at Swinburne University of Technology in Melbourne, to help make sense of that one FRB. Bailes’ inclusion resulted in new insights on the pulse’s shape, its evolution over time and the vast, extragalactic distance it overcame. Bailes even secured additional observing time at Parkes Observatory for follow-up observations. Even after a week combing the original spot in the sky that first FRB came from, they couldn’t find any other signals.

A second FRB remained elusive for years, both at Parkes and other observatories, leading many astronomers to speculate whether the FRB anomaly was real. One particular concern was that the FRB might have originated from nearby thunderstorms, a particularly mundane explanation. Further, radio astronomy is a field with several cases of unexplained anomalous signals. For example, 1977’s “Wow!” signal was a one-time radio burst lasting several minutes that bore the profile of a potential signal from extraterrestrials (hence its designation, coming from an excited researcher’s notes). But no such signal was ever observed again. Without further observations, it is impossible for astronomers to classify it as anything more than a meaningless anomalous signal.

Eventually, patient searching did yield other FRBs, and astronomers slowly began to take them seriously as a scientific phenomenon. The biggest hurdle at this point was that only one observatory, Parkes, had ever seen the flashes. Without a second telescope’s observation, it meant FRBs could still be nothing but human interference or a local atmospheric phenomenon rather than a new discovery in radio astronomy. After all, in Kuhn’s framework, an anomaly is a problem without explanation; knowing an FRB from Parkes could just be local interference kept FRBs at the non-anomaly stage.

The clincher arrived in early 2014 when a team at Arecibo Observatory in Puerto Rico announced they’d seen an FRB. That two telescopes on opposite sides of the planet observed the same phenomenon won over many skeptics. “We now know it’s not a farmer’s electric fence,” Bailes dryly observed, “unless they maybe have the same model fence in Arecibo.” FRBs finally entered new scientific territory: an anomaly looking for an explanation.

Now that FRBs have crossed over from strange oddity to real discovery, speculation has also ramped up on what creates them. “There are more ideas than bursts,” explains Lorimer.

Proposals have ranged from stars shooting off enormous flares from their outer atmospheres to overactive magnetars — dense stellar remains with extremely powerful magnetic fields — but astronomers are hampered by an inherent imprecision with radio telescopes making it difficult to pinpoint a source. Lorimer’s favorite idea has FRBs result from neutron stars colliding together far beyond our galaxy. “I have no support for that beyond romantic beliefs,” he confesses. As a pulsar astronomer, he admits he is “a little biased” toward explanations involving them.

As the evidence and observations of these FRB anomalies continue to trickle in, however, astronomers are cautiously optimistic that they have stumbled not across fiction or technical error, but something much more novel. “It has been exciting to see it go from an oddity to something tangible,” Lorimer says. It’s a journey familiar to much of science.

[This article originally appeared in print as "Anomaly From Above."]