The Freaky Physics of Supercooled Water 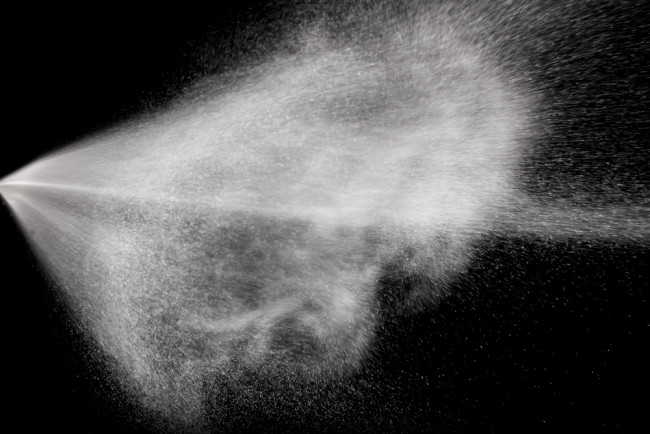 Science can be complicated, but at least some things are solid, right? Like water below 32° Fahrenheit, for example, also known by its street name, ice. But it’s actually possible to “supercool” liquid water to below its freezing point. Things get pretty crazy at that point — see the video below if you want proof — but scientists haven't had a good way to observe this phase of water because it quickly transforms into ice. Now, however, a novel experiment has allowed researchers their first glimpse into the microscopic structure of supercooled water.

Despite its ubiquity on this planet (and in our bodies, and in the universe), water’s a pretty weird substance. It’s corrosive, its solid form floats on its liquid form, it's got super high surface tension — and apparently, if it gets cold enough fast enough, it might have two different kinds of liquid form, with a phase transition (i.e., the threshold between liquid water and supercooled water) somewhere around 228 kelvin (-49° F). But, for now, that's just a theory. (The idea of multiple forms of water might be familiar to fans of Kurt Vonnegut’s invention of “ice-nine,” a novel and, as it turns out, impossible arrangement of water molecules that allows it to freeze at room temperature.) The problem is, it’s tough to get enough of this supercooled liquid water together to examine it with any precision. In fact, scientists refer to liquid water below 232 K (-42° F) as a “no-man’s land,” because it’s so hard to get there. But they now have a way to measure “bulk liquid water” at these incredibly low temperatures, according to a paper from this week’sNature.

Here’s how it works. A “droplet dispenser” shoots tiny drops of water out into a vacuum, which cools the water almost immediately through evaporation. But, crucially, enough liquid water remains in some of the droplets for the scientists to study. Perpendicular to the beam of water drops is an X-ray laser shooting extremely brief pulses, just 50 femtoseconds long (i.e., 50 quadrillionths of a second). By studying the diffraction pattern that results when one of these pulses encounters a droplet of supercooled water, the scientists can probe the structural makeup of the droplets. So far, they’ve proven that liquid water as cold as 227 K (-51° F) does remain stable long enough for this method to work, meaning they’ve reliably entered into no-man’s land. And their early observations indicate that water's structure does change a little at ultracold temperatures, appearing more orderly, but still liquid. What else they'll discover in no-man’s land — and how it’ll help us better understand (and exploit) one of the universe’s most abundant materials — we’ll have to wait and see.