The Big Similarities & Quirky Differences Between Our Left and Right Brains

A broken symmetry from our evolutionary heritage is part of what makes us human. 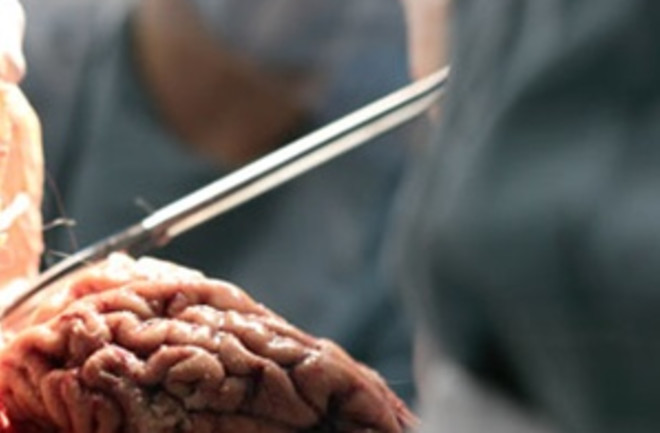 There is nothing more humbling or more perception-changing than holding a human brain in your hands. I discovered this recently at a brain-cutting lesson given by Jean-Paul Vonsattel, a neuropathologist at Columbia University. These lessons take place every month in a cold, windowless room deep within the university’s College of Physicians and Surgeons. On the day I visited, there were half a dozen brains sitting on a table. Vonsattel began by passing them around so the medical students could take a closer look. When a brain came my way, I cradled it and found myself puzzling over its mirror symmetry. It was as if someone had glued two smaller brains together to make a bigger one.

Vonsattel then showed us just how weak that glue is. He took back one of the brains and used a knife to divide the hemispheres. He sliced quickly through the corpus callosum, the flat bundle of nerve fibers that connects the halves. The hemispheres flopped away from each other, two identical slabs of fleshy neurons.

Sometimes surgeons must make an even more extreme kind of slice in the brain of a patient. A child may suffer from epilepsy so severe that the only relief doctors can offer is to open up the skull and cut out the entire hemisphere in which the seizures start. After the surgery, the space soon fills with cerebrospinal fluid. It may take a child a year of physical therapy to recover from losing a hemisphere—but the fact that patients recover at all is stunning when you consider that they have only half a brain. It makes you wonder what good two hemispheres are in the first place.

In fact, scientists have spent a lot of time pondering this very question. Their best answer has a lot to do with the form and evolutionary history of our bodies. From early in our development as embryos, humans take on a left-right symmetry that eventually gives rise to our two eyes, our two big toes, and every paired structure in between. All vertebrates are symmetrical in the same way, as are butterflies, scorpions, and a vast number of other invertebrates. This left-right structure is probably inherited from the common ancestor of all bilaterally symmetric animals*, a creature that apparently emerged over 570 million years ago.

There were some obvious survival benefits from left-right symmetry. With muscles and limbs on both sides of their bodies, animals could move forward quickly and efficiently. Once established, symmetry had a powerful effect on how new organs evolved. Eyes and antennae tended to develop in left-right pairs, for example. When early fish began to evolve complex brains, those too developed according to left-right rules. The human brain is very different from the brain of a lamprey, but in both species the neocortex—the outer layers of the brain—is divided into two mirror-image hemispheres.

Of course, our bodies are not perfectly symmetrical (heart on the left, appendix on the right), and neither are our brains. Some regions are slightly bigger on one side than on the other, and these differences translate into imbalances in how the human brain works. Most people, for example, tend to favor their right hand over their left. In the mid-1800s, the French physician Paul Broca discovered a region on the left side of the brain that is essential for language; damage to Broca’s area, as it is called, leaves people unable to talk. The same region on the right side is not so vital. Another area, on the underside of the brain, is important for recognizing people’s faces. The right half of this region, known as the facial fusiform area, does most of the work of recognizing. In fact, if people view a face only through their left eye (which is linked to the brain’s right hemisphere), they will do a better job of recognizing it than if they use only their right eye.

These sorts of findings helped to turn the hemispheres into pop phenoms. People were tagged as “right brains” if they could draw and “left brains” if they were analytical. Academics made some big claims about the hemispheres as well. In the 1990s psychologist Michael Corballis of the University of Auckland in New Zealand argued that the asymmetry of the brain—known as lateralization—was a key step in the evolution of our species, giving us language and additional mental powers that other animals lack.

* Correction, April 15, 2009: The article originally said that biliterality came from the common ancestor of all animals.