Stephen Hawking Reportedly "Very Ill" and in the Hospital 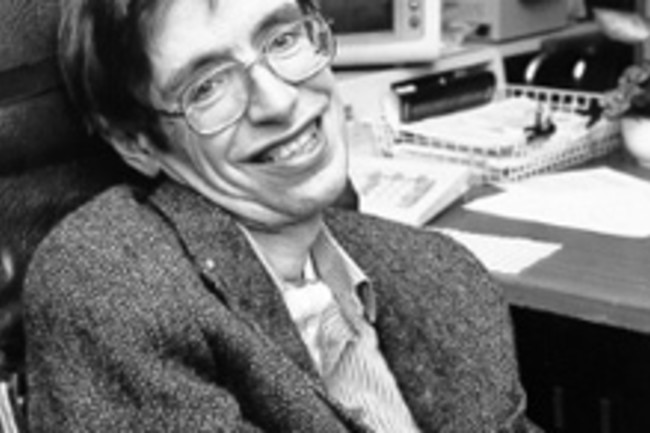 Stephen Hawking, the world-renowned physicist and author, is reportedly "very ill" and being treated at the hospital. Says University of Cambridge spokesman Greg Hayman:

“Professor Hawking is very ill.... He has been suffering from a chest infection for a number of weeks which has meant he has had to cancel a number of appointments.” Hawking was flown back to the U.K. from the U.S. at the weekend, Hayman said. He was taken to hospital at lunch time today [Bloomberg].

remained active despite being diagnosed at 21 with ALS, (amyotrophic lateral sclerosis), an incurable degenerative disorder also known as Lou Gehrig's disease. For some years, Hawking has been almost entirely paralyzed, and he communicates through an electronic voice synthesizer activated by his fingers [AP].

The 67-year-old Hawking became a scientific celebrity with his 1988 book "A Brief History of Time," which attempted to explained cosmology to the lay public; the book covered everything from the Big Bang to black holes to string theory.

Since 1974, the Oxford-educated scientist has worked on marrying the two cornerstones of modern physics -- Albert Einstein's General Theory of Relativity, which concerns gravity and large-scale phenomena, and quantum theory, which covers subatomic particles [Reuters].

Details of Hawking's present illness are scant, but colleagues are expressing their hope that he'll make a full recovery.

Prof Peter Haynes, head of the University's Department of Applied Mathematics and Theoretical Physics, said: "Professor Hawking is a remarkable colleague. We all hope he will be amongst us again soon" [BBC News].