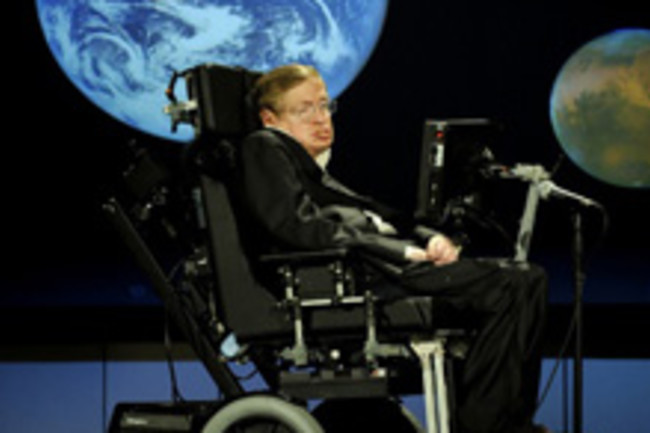 Stephen Hawking, the world's leading theoretical physicist, was among a group of 16 to receive the Presidential Medal of Freedom, the highest civilian award. The medal honors those who have significantly contributed to world peace, U.S. security or other endeavors. Pres. Barack Obama presented the award, lauding Hawking's immense contributions in spite of his physical disability due to a neurological disorder.

"From his wheelchair, he has led us on a journey to the farthest and strangest reaches of the cosmos. In so doing, he has stirred our imagination and showed us the power of the human spirit," [Sky News], Obama said of Hawking as he placed the medal around his neck.

Besides his contributions to the field of physics through his research on topics like black holes and cosmology, Hawking, 67, is also the author of the best-selling science book A Brief History of Time. Along with Hawking,

also received the award Wednesday at the White House. Related Content: 80beats: Good News for Physics: Stephen Hawking Is on the Mend 80beats: This May Sound Strange: Sonic Lasers and Sonic Black HolesImage courtesy of NASA