Spray-Painting Killer Asteroids Could Redirect Them Away From Earth

Astronomer suggests a cheap way to protect Earth from killer impacts by turning asteroids into "interplanetary disco balls" and allowing reflected light to change their orbit. 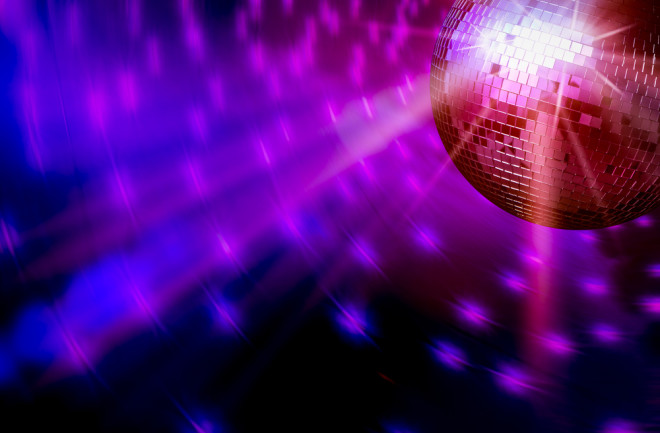 Asteroids represent an existential threat to humankind. A collision with a 10 kilometer-sized asteroid led to the demise of the dinosaurs some 65 million years ago. Astronomers expect other collisions with asteroids about 1 kilometer across every 500,000 years or so.

Which is why NASA and other space agencies are attempting to map the population of Near Earth Asteroids. Today, just 40 per cent of these have been spotted. But the goal is to build a complete picture of the threats from asteroids down to a few tens of meters in size, within the next few decades.

That raises an obvious question: if we find an asteroid heading our way, what should we do next? Last month, NASA launched the Double Asteroid Redirection Test (DART) mission to test one idea. This involves crashing the spacecraft into an asteroid to change its course. Other options include attaching thrusters to the asteroid to push it off course or even ablating the rocky surface with a nuclear explosion.

Now Jonathan Katz at Washington University in St Louis, Missouri, says there is a simpler and more efficient way to redirect asteroids—by painting them with a metallic coating. The idea is that the coating changes the amount of sunlight the asteroid reflects, its albedo, creating a thrust that redirects it. “Changing an asteroid’s albedo changes the force of Solar radiation on it, and hence its orbit,” he says.

This thrust would be tiny. But Katz points out that once a small asteroid has been identified, its trajectory can be determined centuries in advance, particularly if transponders are placed on its surface to track it more accurately.

So the threat can be identified hundreds of years in advance and a small force operating over this timescale is all that would be needed.

Astronomers have long known that small asteroids are influenced by a similar phenomenon called the Yarkovsky effect. This is the result of the Sun heating an asteroid, which then re-emits this energy later, creating a small thrust. Others have suggested modifying this effect to redirect an asteroid away from Earth. Katz’s suggestion, by contrast, generates an immediate thrust that is easier to calculate.

He points out that asteroids are generally dark. So coating one with lithium or sodium metal would dramatically increase its reflectivity, turning it into an interplanetary disco ball. He calculates that about 1 kilogram of metal could coat an entire asteroid with a micrometer-thick layer that would turn the asteroid silver.

The increased thrust from this reflectivity would be equivalent to changing the effective solar mass that the asteroid experiences. This in turn would change its orbit.

More controversially, he says that this would be enough to steer a Tunguska-class impactor away from a city and towards a less populated area, such as an ocean.

The Tunguska event over Siberia in 1908 was a megaton explosion thought to have been caused by a 50 meter diameter comet disintegrating in the upper atmosphere or a larger asteroid grazing the edge of the atmosphere.

An alternative approach would be to coat one half of the asteroid to generate a stronger directed force. ““Coating one hemisphere of an asteroid in an elliptical orbit may produce a Solar radiation torque displacing it by an Earth radius in ∼200 years,” says Katz.

A spacecraft in polar orbit above an asteroid that emits the metal in vapor form should be able to paint the entire body or parts of it, says Katz.