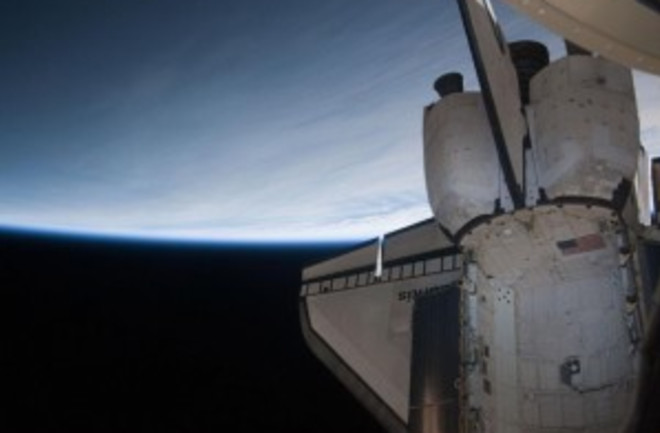 NASA has announced the target launch dates of the last two flights of the Shuttle: February 24 at 16:50 Eastern time for the beleaguered Discovery, and April 19 at 19:48 Eastern for Endeavour. Discovery's launch has been delayed several times due to cracks found in the external tank. Foam falling off that tank is what doomed Columbia, so NASA takes issues with the ET very seriously. Repairs have been underway to strengthen and reinforce the cracked supports, and NASA is now confident the fixes will work. Endeavour's launch, like Discovery's will be her last. It will also be the last of the Shuttle program. The commander is Mark Kelly, whose wife, Representative Gabrielle Giffords, was the victim of the Tucson shooting last week. NASA has announced a backup commander in case Kelly cannot fly, but we'll see how that works out. Giffords is reportedly doing well, and she is such a strong supporter of the space program it wouldn't surprise me if she urges him to fly. The symbolism of that would be particularly strong, I think.