From chromosomes to reproductive anatomy, science has dismantled many simplistic ideas about male, female and intersex traits in plants, animals and humans. 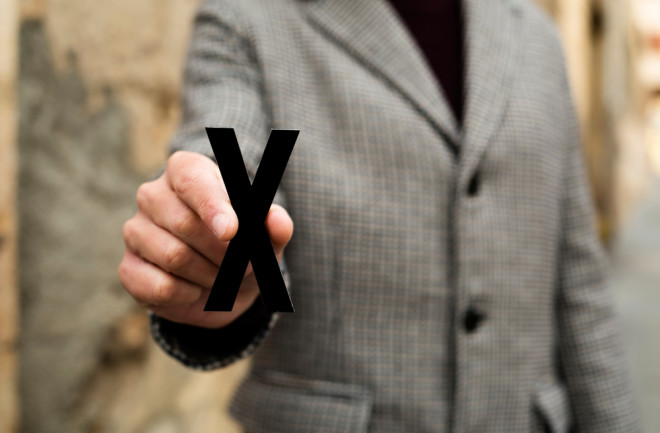 Parrotfish are well-known for their shimmering beauty. But these colorful reef fish are also notable for a scientific reason. Individuals start out adult life as females, before switching to male later in life. This attribute places parrotfish among the many sequential hermaphrodites of the animal world, organisms that can switch between male and female reproductive organs at different life stages.

Hermaphroditic strategies are common in teleost fish, with some species following a sequential pattern like the clownfish while others maintain male and female gonads simultaneously. Sex in these fish has thus been of immense interest to evolutionary biologists, as the breadth of diversity in this group has led to great advances in our understanding of the evolution of sexual reproduction.

Read More: How Stress, Climate and Trauma Can Trigger Sex Changes in Nature

Sexual strategies like this are not limited to just fish, but can be found across the domains of multicellular life, including many animals and plants. Humans are not sequential hermaphrodites, but nonetheless also exhibit a great variety of sexual traits. Though human sex is traditionally taught in schools as a binary between male and female, mainstream biology is moving toward a consensus that sex in humans is far more complicated than this.

The Many Traits of Sex

“How scientists have defined sex has changed over time,” says David Rubin, a historian of science and medicine and associate professor of Women’s and Gender Studies at the University of South Florida. “And different cultures have understood sex differently over time. The Byzantine culture believed there were three sexes, male, female, and eunuch, and other cultures have had multi-sex classification systems.” While people have historically wanted the definition of sex to be simple and straightforward, it turns out that “the deeper we go, the less simple and straightforward it is,” Rubin says.

This lack of simplicity stems from the fact that sex is not a single trait, but rather a multidimensional and multilayered combination. “Prenatally, there are at least five layers of human physiological sex: chromosomal, gonadal, hormonal, internal morphogenic [internal reproductive anatomy], and external morphogenic [genitalia],” says Rubin. “Once you’re born, you add a whole bunch of additional layers.” (And beyond these layers, gender, which differs from sex, adds other unique traits to human identity.)

Even among individuals with the same sex chromosomes, humans express tremendous variation. One gene with a large influence on human sexual development is the SRY gene found on the Y chromosome — its presence typically leads to development of testes while its absence typically leads to development of ovaries. However, there are numerous scenarios that can lead to SRY not performing this function. It may have a non-functional mutation or it may be transferred from the Y chromosome to an X chromosome during meiosis, the cellular process that produces gametes like sperm and eggs. Either of these occurrences can lead to XX individuals developing in a manner typical of an XY individual, or XY individuals developing in a manner typical of an XX individual.

Additionally, SRY is a regulatory gene that only controls sex determination by controlling the expression of other, less well-understood genes. This complex genetic picture does not fit with a simple binary model of sex.

Shifting Away From Binary

With all of the complexity in sexual traits, why has the binary model been so dominant for so long? It may come down to the human tendency to pathologize traits that are viewed as not “normal.” This is perhaps best exemplified by the treatment of intersex individuals.

Intersex is an umbrella term for individuals born possessing both ovaries and testes, or with some combination of male and female reproductive anatomy. Rather than embrace intersexuality as part and parcel of human sexual variation, Western doctors have long taken it upon themselves to surgically alter the genitalia of newborns so that they fit the binary. This is done even though research has established that most of the time these variations are perfectly healthy, according to Rubin: “There is nothing pathological or abnormal [about them], even though they may be atypical.” These procedures, which can have devastating consequences, may now be on the decline as activists wage legislative battles to prevent them.

In every layer of human sex, from chromosomes to anatomy to hormones, we see  variation that cannot be explained by a binary model. This is why so many scientists have moved beyond it. Society, however, as is often the case, takes time to make that change. How we understand sex today carries significant consequences for our world, as demonstrated in the recent treatment of two young Namibian Olympic runners, who were banned from the women’s competition because of elevated testosterone levels. Similar measures have also appeared targeting transgender athletes, in the form of legislation attempting to ban them from competing with other members of their gender. These bills are based on “utterly unscientific understandings not only of hormones, but of trans identity and experience…and sex and gender more broadly,” Rubin says.

The science of human sex has advanced rapidly, but in Western culture the inadequate binary model retains its grip on our understanding of this complex trait. Despite this, scientific evidence across the many layers of sex, and many different fields, points to one clear conclusion: Sex is messy, sex is complicated, but sex is not binary.