Searching Heaven and Earth for the Real Johannes Kepler

Galileo may be science's most famous martyr, but it was Kepler who solved the mystery of the planets. 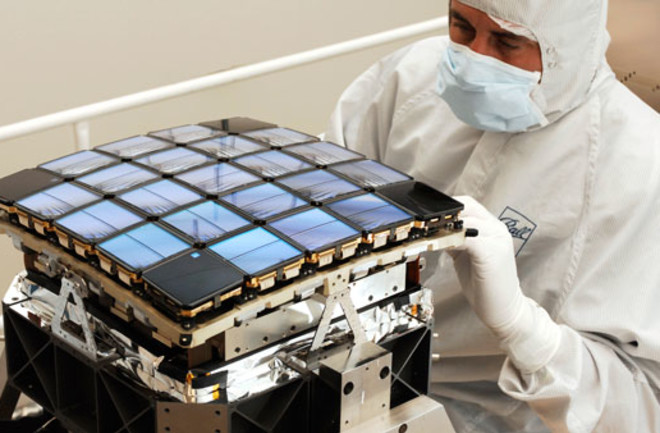 Zielona Gora, Poland—The great German astronomer Johannes Kepler (1571–1630) arrived in this forested region to serve his last employer exactly 380 years ago—reason enough for some two dozen science historians to gather here and celebrate with a conference. For five days in late June, they regaled each other with the fruits of their own recent research into their hero’s achievements and also took advantage of the venue to visit sites, including the ducal palace and tavern in nearby Zagan, where Kepler’s ghost might be evoked.

“Once he gets under your skin,” confessed conference participant Terry Mahoney of the Instituto de Astrofísica de Canarias (Spain), “there’s no escaping him. You just have to love the man.” Mahoney had taken a costly detour en route to the meeting for a pilgrimage to Kepler’s birthplace in Weil der Stadt, Germany.

Lovable Kepler embraced the sun-centered cosmos of his somber predecessor, Nicolaus Copernicus (1473–1543), and made it mesh with the astronomical observations of his self-centered contemporaries, Tycho Brahe (1546–1601) and Galileo Galilei (1564–1642). If Galileo was first to penetrate the heavens with a long tube and two lenses, still it was poor, myopic Kepler who fathomed the anatomy of the eye, founded the science of optics, and figured out, through years of trial and error, what courses the planets follow.

Kepler’s followers here in Zielona Gora nursed considerable resentment toward Galileo for stealing popular attention—especially now, on the brink of the International Year of Astronomy 2009, which will commemorate four centuries of Galileo-inspired telescopic discoveries.

“Sixteen-hundred-nine,” Mahoney sniffed, “was Kepler’s year too.” It was the year he published Astronomia Nova, the book that established the mathematical principles of modern astronomy.

In addition to half a dozen important texts, Kepler wrote hundreds of letters sharing the details of his personal affairs—how he married, mourned the deaths of his children, moved from place to place to escape religious persecution. The decades of correspondence he carried on with his astronomy teacher, Michael Maestlin, have tempted Owen Gingerich of Harvard University to collect those letters in a book. He would call it Dear Johannes, Dear Maestlin.

“Maestlin scolds Kepler for bringing physics into astronomy,” Gingerich says incredulously of their exchange, “but of course the introduction of physics is probably Kepler’s greatest contribution to astronomy.”

In Kepler’s time, mathematicians were supposed to content themselves calculating the positions of the planets based on combinations of imaginary circles. Instead, Kepler crafted a new astronomy to represent the physical reality of the universe. He replaced the circular orbits with elliptical ones—an innovation now known as Kepler’s First Law of Planetary Motion. His Rudolphine Tables of 1627 (his “crowning publication,” according to Gingerich) enabled him to predict the first observable transits of Mercury and Venus—the passages of those planets across the face of the sun—both in 1631. Kepler, however, never witnessed either event. He died in 1630, on a frustrated journey to collect payments owed him by several patrons.

The Keplerians at the conference ranged from postdoctoral fellow to professor emeritus. Of the 23 invited speakers, five were women—two of whom had risen through academic ranks using their initials instead of their first names. The participants took turns speaking in a modest-size modern lecture hall normally occupied by engineering students at the University of Zie­lona Gora. Most read their prepared papers aloud—some droning, others intoning, a few speaking with real zeal. Everyone presented in English, the language of science, even though some would have been more at ease in Polish, Czech, Hebrew, Spanish, or German. Those who counted English as a second language (about half the group) also had third and fourth languages (Italian, French) for facilitating informal conversations at coffee breaks and meals. An outsider could only marvel at the way the community coexisted peacefully in a state of perpetual difference of opinion. (“I don’t really buy your argument.” “I must confess that I am at odds with the previous speaker.”)

Gingerich, who was feted in the opening ceremonies with an honorary degree from the university (and also given a fitted, blue velvet academic cassock tailored to his measurements), focused his presentation on the number of surviving copies of the Rudolphine Tables. Although 1,000 copies of Kepler’s Tables came off the press in Ulm in 1627, fewer than 300 now sit on the shelves of collectors and institutional libraries. Based on the survival rate of books by Copernicus, Gingerich had expected to find twice as many volumes, but some 300 were destroyed by the publisher, he suspects, because the book’s difficulty made it unpopular with its target audience: “A user familiar with the previous way of computing would no doubt freak out in the opening steps of the Rudolphine procedures,” upon seeing all the calculations Kepler had added for accuracy.

Other speakers examined Kepler’s theory of music, his philosophy of nature, his notion of experiment, as well as his astrology work. (Although Kepler rejected “the specific prediction of future things,” poverty sometimes forced him to earn a living drawing natal charts.) One paper analyzed the “serious jokes” and puns that leaven Kepler’s writing—and further endear him to readers. At the opening of his treatise on the shapes of snowflake crystals, for example, Kepler wrote, “Here is a little nix”—a word meaning “snow” in Latin but sounding the same as nichts, the German word for “nothing.”

Acknowledging Kepler as his “favorite astronomer,” Gingerich openly admired his religious reverence. A devout Lutheran, Kepler had planned to enter the ministry before his superiors redirected his career. Later he thanked God—repeatedly and in print—for leading him to his astronomical insights. His coat of arms bore an angel. He believed the earth had a soul.

Just as Gingerich praised Kepler’s prayers, the atheists in Zielona Gora all forgave Kepler for them, since he never invoked the intervention of a deity to get himself out of a difficulty. As Kepler interpreted the laws of God and Nature, Creation ended on the sixth day. After that, only math could guide the seeker’s path to Truth.

No sooner had Kepler finished writing his Somnium (his Dream, in which he pondered the appearance of Earth as viewed from a perch on the moon) than he fell, according to his son Ludwig, “into a sleep (alas!) that was heavy, or rather fatal. His soul flew above the lunar to the ethereal region (we hope).” Jaroslaw Wlodarczyk of the Institute for the History of Science in Warsaw noted that another Kepler will retrace that sub- to supra-lunar trajectory next February, when NASA launches the Kepler mission, designed by modern dreamers to find Earth-like planets elsewhere in the Milky Way.