Le Quéré studies how oceans remove carbon from the atmosphere. Outside the lab, she pushes policymakers towards science-driven climate policies. 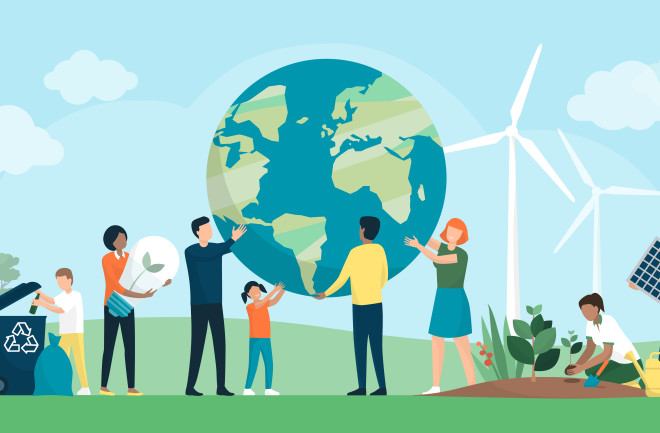 Corinne Le Quéré doesn’t let climate “doomism” get in the way of outcomes.

“I really quite refuse to let myself be dragged into the emotion,” she says. “If you go there, you can’t really work in this field anymore.”

Le Quéré, a professor at the University of East Anglia in Norwich, U.K., researches the carbon cycle — how carbon emissions move between the atmosphere, land and sea. In one of her landmark papers, for example, she demonstrated that human activities reduced the Southern Ocean’s capacity to absorb atmospheric CO2.

In that study, Le Quéré and her colleagues showed that a depleted ozone layer kicked up Antarctic winds. The gusts churned the ocean, lifting carbon dioxide from the deep sea to the surface. The ocean’s top layer, now teeming with deep-sea CO2, had less space to absorb emitted greenhouse gases in the atmosphere.

“I expect that this is actually a long-term process that will continue in the future,” she says.

Le Quéré also studies how to reduce CO2 emissions. In 2020, when countries implemented COVID-19 lockdowns, climate scientists wondered whether social confinement reduced the global carbon footprint. She assembled an “emergency team” to figure that out.

Just 17 days after the U.K. announced its national lockdown, Le Quéré’s team submitted her findings to Nature Climate Change. “It was the fastest paper I ever wrote,” she says. The journal published it a month later.

The team’s findings were a reality check on how to address climate change. Globally, CO2 emissions decreased by just 17 percent during the lockdowns, and even in a country that was at “a total standstill,” they dropped by just 30 percent.

This falls well short of the emissions reductions required to prevent global warming from exceeding 1.5 degrees Celsius — a 45 percent decrease by 2030, and net zero by 2050.

“Social responses alone, as shown here, would not drive the deep and sustained reductions needed to reach net-zero emissions,” the authors conclude.

Instead, Le Quéré recommends a decades-long divestment from fossil fuels. “You have to change your cars into electric cars and build public transportation. In industry, you have to electrify all the processes. And of course, you need to deploy renewable energy. To do this, you need financial support in the long-term,” she says.

Le Quéré believes her most impactful work is bringing science to policymakers. “I do my research like everybody does in science, but I wanted to be part of the solution,” she says. “I don’t want to be the scientist who always says ‘climate change is terrible,’ but never quite saying what it is that we have to do.”

For example, she served on the International Panel on Climate Change, which was awarded the Nobel Prize in 2007 for providing scientific risk assessments of climate change.

Now, she chairs France’s High Council on climate and advises the U.K. Committee on Climate Change.

“These are really very useful committees because they're critical friends to government. They evaluate and criticize government, but then propose things to go forward,” she says.

Le Quéré is not here to change your mind on climate. It’s more powerful for you to decide for yourself. Instead, she focuses on the policymakers, who are obligated to make science-driven decisions for their constituents.

“I'm very conscious that a lot of people deny. Frankly it's their right to believe whatever conclusion they have reached,” she says. “But a politician does not have that right. [...] Policymakers are elected by people to make decisions that are in the best interest of the people.”

But Le Quéré thinks that individual contributions can help. We have the technology to combat climate change, but we just choose not to use it, she says.

“This is really a question of determining our choices as individuals living in this society and not waiting to be forced. I just know that I do everything that I can physically do,” says Le Quéré.