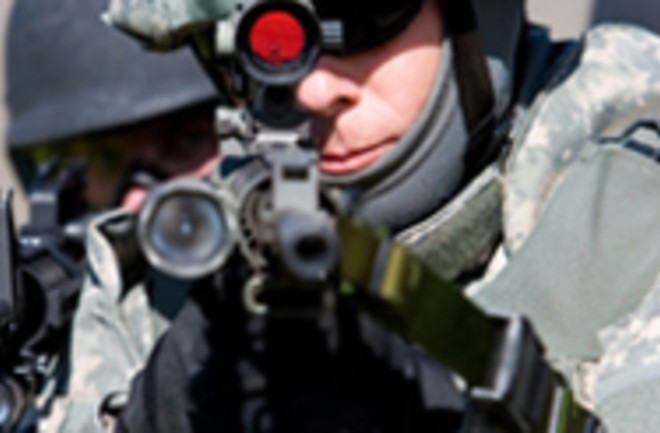 Terrorism The threat of terrorism is a fixture in the public consciousness, and scientists are doing everything from scouring the Internet to concocting vaccines to come up with ways of thwarting the next attack. Still, all the attention—and funding—given to preventing bioterrorism or dirty bombs may be based on assumptions that are at best overblown, and at worst flat out inane. Nuclear Weapons The number of nukes in the world—as well as the number of countries that have them—isn't dropping any time soon, leaving scientists worried about the environmental fallout should one or more of them ever be used. Military Technology Can robots commit war crimes? It's worth discussing, as robotic weapons technology continues to reach new levels of sophistication. Meanwhile, weapons advancements are emerging from labs as fast as scientists can generate them—with inspiration sometimes coming from the unlikeliest of places. Innovation hasn't been restricted to deadly weapons—the non-lethal side has seen development of ideas from heat beams to laser guns to taser shotguns. Medical Advances Estimates on the number of American soldiers sustaining both physical and mental injuries in Iraq have officially passed 30,000 (and unofficially reached 100,000), and researchers have been developing ever-more creative ways of treating their wounds.