One of the cooler blogs out there is Ironic Sans by David Friedman (the same guy who made scientific Valentine cards). He's started a new blog called SundayMagazine.org, where he posts and discusses old issues of the New York Times Sunday Magazine from the ancient archives. In his first one, he found quite the catch: 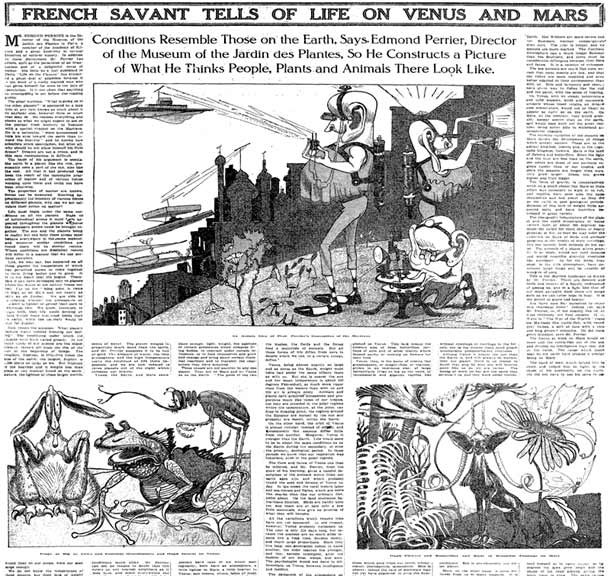 How cool is that? The article is about a lettered French scientist speculating about what life would be like on other planets. David has a PDF of the article as well, which is an absolute delight to read. How wonderful to see something like that; an apparently scientifically-minded article, but free to have fun and take the reader to a totally different place than what they might expect! It's inspiring, in fact. Given that kind of freedom today, I wonder what other famous scientists of today would write about.