The Standard Model may be incomplete, but how to fix it? 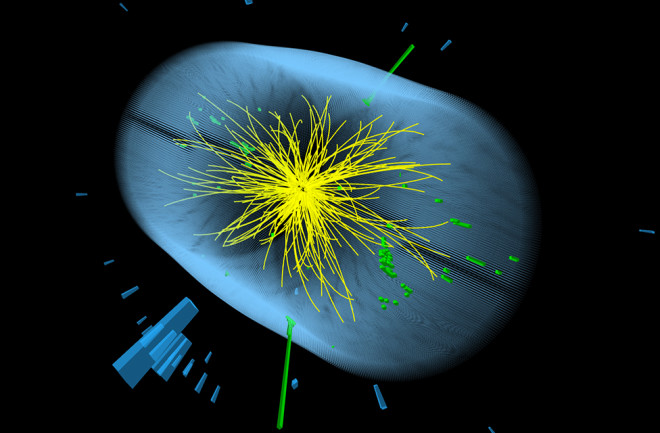 Sign up for our email newsletter for the latest science news
Scientists using the Large Hadron Collider saw signs of a massive new particle, but the signal was just noise. | Christoph Balle/CERN

The hype started in December 2015 when two experiments at the Large Hadron Collider in Switzerland showed puzzling hints of a massive new particle. Scientists wrote hundreds of papers about how this potential particle might solve mysteries about anything from dark matter to quantum gravity.

But further tests showed that the much-discussed “bump” in their data was nothing more than a statistical ghost. The signal was just noise.

Discovering a new particle could have revolutionized the Standard Model, a decades-old framework encompassing three of the universe’s four fundamental forces and all known subatomic particles. So far, the model has resisted all attempts at refutation. The LHC’s 2012 discovery of the Higgs boson — the particle whose field gives matter its mass — was a triumph that added the Standard Model’s last missing puzzle piece. And that’s a big problem for physics. The model can’t explain gravity, for example, or the skewed ratio between matter and antimatter.

“There are things that point at [the Standard Model] being incomplete, and we don’t know how to fix it,” says Chris Meyer, a postdoctoral researcher at the LHC. “So the more evidence we have of things that don’t necessarily fall into it right now, the more theorists can work on to complete the Standard Model.”

One of the leading updates to the Standard Model is called supersymmetry, or SUSY. The theory posits that particles in our universe should each have a twin that interacts with our world only weakly, providing a potential explanation for dark matter — the mysterious and inert substance that makes up almost a third of the universe. But the latest upgrade to the LHC, which nearly doubled the machine’s power and has it running nearly at its limits, hasn’t yet captured any signs of SUSY or other new physics. The Standard Model remains disturbingly intact.

“We measure the things very well that we know are there, especially the Higgs boson,” Meyer says. “And if there is nothing else they find that is new, we need to start exploring other types of experiments.”

But scientists are still combing through reams of data from the LHC, which will continue operating for years to come. So, the potential for new discoveries is far from exhausted.

“What we’re doing is very difficult,” says Matthew Buckley, a theoretical physicist at Rutgers University. “The universe never promised us that new physics would be easy to find.”