NCBI ROFL: Why some women look young for their age. 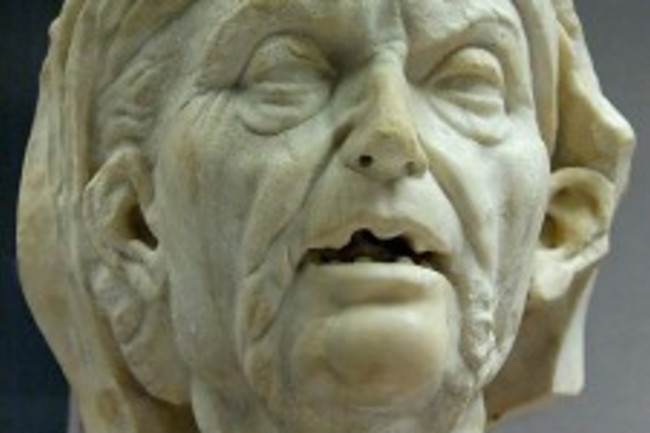 "The desire of many to look young for their age has led to the establishment of a large cosmetics industry. However, the features of appearance that primarily determine how old women look for their age and whether genetic or environmental factors predominately influence such features are largely unknown. We studied the facial appearance of 102 pairs of female Danish twins aged 59 to 81 as well as 162 British females aged 45 to 75. Skin wrinkling, hair graying and lip height were significantly and independently associated with how old the women looked for their age. The appearance of facial sun-damage was also found to be significantly correlated to how old women look for their age and was primarily due to its commonality with the appearance of skin wrinkles. There was also considerable variation in the perceived age data that was unaccounted for... ...These findings indicate that women who look young for their age have large lips, avoid sun-exposure and possess genetic factors that protect against the development of gray hair and skin wrinkles. The findings also demonstrate that perceived age is a better biomarker of skin, hair and facial aging than chronological age." 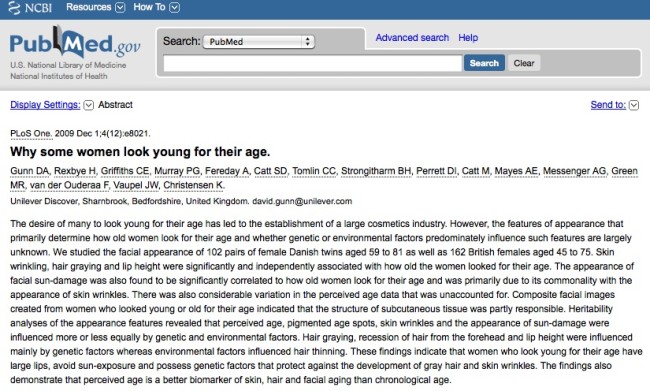 Thanks to Günther for today's ROFL!Image: Wikimedia