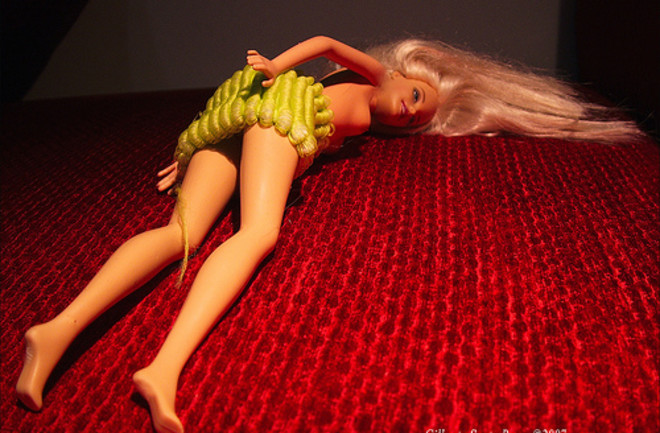 Evulvalution: The Portrayal of Women's External Genitalia and Physique Across Time and the Current Barbie Doll Ideals. "Media images of the female body commonly represent reigning appearance ideals of the era in which they are published. To date, limited documentation of the genital appearance ideals in mainstream media exists. Analysis 1 sought to describe genital appearance ideals (i.e., mons pubis and labia majora visibility, labia minora size and color, and pubic hair style) and general physique ideals (i.e., hip, waist, and bust size, height, weight, and body mass index [BMI]) across time based on 647 Playboy Magazine centerfolds published between 1953 and 2007. Analysis 2 focused exclusively on the genital appearance ideals embodied by models in 185 Playboy photographs published between 2007 and 2008. Taken together, results suggest the perpetuation of a "Barbie Doll" ideal characterized by a low BMI, narrow hips, a prominent bust, and hairless, undefined genitalia resembling those of a prepubescent female."