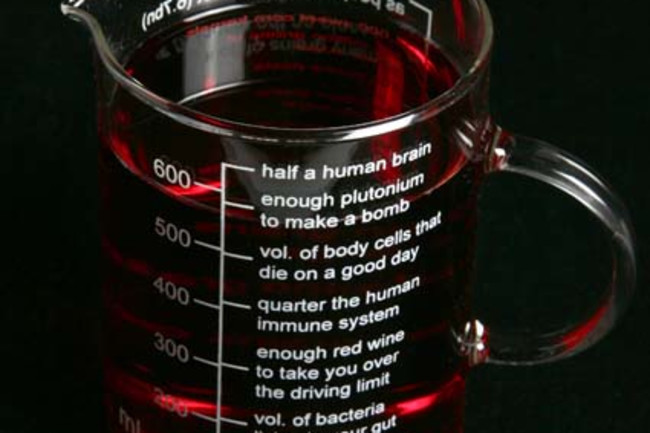 A design student at University of the Arts London created this useful work of sci-art by putting unfamiliar units—such as "as many grains of flour as people on the planet"—on a measuring cup. The piece is part of his Domestic Science collection, which aims to help people "better conceptualize certain scientific constructs"—although the designer, Harry White, noted in an e-mail that "the measurements vary from being quite accurate to almost a joke, a reflection on the nature of measurement in science." His other pieces include evo-cut, a "set of cutlery designed according to the principles of population genetics and natural variation," and You're one in a million, "containing a million dots, one of which is yellow," to help people "feel what a million and a millionth are like."