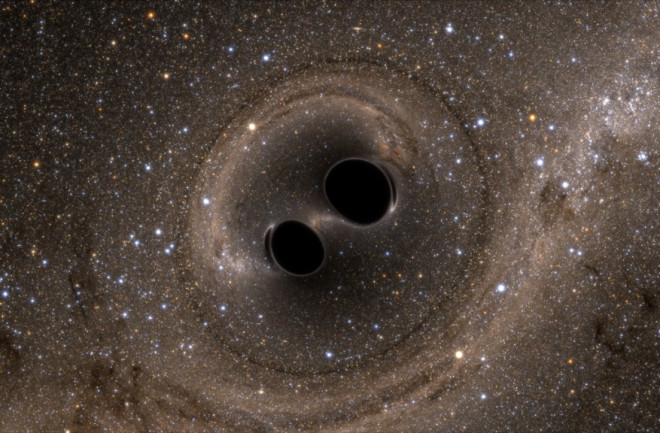 Laser Interferometer Gravitational-Wave Observatory, or LIGO, detected gravitational waves generated by a black hole collision. The event is seen in this still from a computer simulation. On Thursday, scientists confirmed yet another aspect of Albert Einstein's theory of gravity. Rumors were correct, and researchers at the Laser Interferometer Gravitational-Wave Observatory (LIGO) announced that they directly detected a gravitational wave, or a ripple in the fabric of space-time. LIGO’s twin detectors, in Louisiana and Washington state, use lasers to watch for these tiny stretches and squeezes of space-time. Einstein published his pioneering work predicting the existence of gravitational ripples a century ago. The timing of the LIGO breakthrough couldn't be better.

Scientists from Caltech, MIT and the LIGO Scientific Collaboration gathered to deliver the news about their detection efforts at 10:30 a.m. EST from the National Press Club in Washington, D.C. The finding represents one of the most significant scientific discoveries of the decade, and launches a new era in observational astronomy. Discover has the news covered from a variety of angles. Read the full story here:

Our free download explains all you need to know about gravitational waves — what they are, how they relate to Einstein’s theory of general relativity and how astronomers have researched these space-time wrinkles over many decades. Our gravitational waves hub page includes a series of articles that put LIGO's detection into perspective.