History often overlooks Katharine Wright’s contributions to her brother's success, however, they may have never taken flight without her. 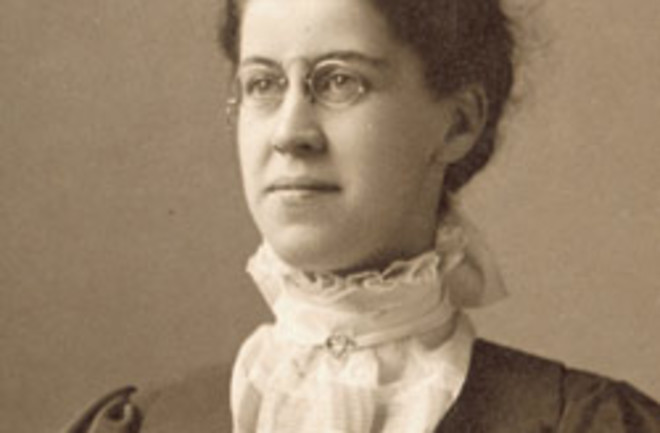 History books often tell the same story about Wilbur and Orville Wright, the aviation pioneers who made and flew the first motor-operated airplane in 1903. In the story, the brothers worked tirelessly on their calculations until their aircraft finally soared.

Historians, however, have increasingly begun to recognize the contributions of their outgoing younger sister, Katharine. Whereas the Wright brothers were shy and hesitant around dignitaries, Katharine was social and shrewd. She helped her brothers make important introductions and negotiated with government officials to promote their work and secure needed contracts.

1. She Supported Her Brothers With Three Jobs

Katharine Wright was born in 1874 in Dayton, Ohio. She had four older brothers, including the famed Orville and Wilbur. When Katherine was nearly 15, their mother died from tuberculosis, leaving her to manage the household.

Despite her heavy burden at home, Katharine pursued a bachelor’s degree at Oberlin College. When she graduated in 1898 with her teaching credentials, she was one of few women to do so. At the time, only about 15 percent of bachelor’s degrees were awarded to women.

Katharine took a full-time teaching job while still managing her family’s home. Then, she stepped up to run Orville and Wilbur’s bike shop when they spent their summers testing their aircraft in Kitty Hawk, North Carolina.

When the brothers were still in the test phase of developing their aircraft, they depended on the income from the bicycle shop to fund their lives and their research.

2. She Was Their Hype Woman

After their first controlled flight in December 1903, the Wright brothers worked for years to improve the design and keep their plane in the air for longer bouts of time.

In the spring of 1907, the Wright brothers pursued contracts with military governments including the U.S., the U.K and France. The French were known for their interest in aviation, and the brothers saw the potential for business deals. While they were in Europe, Katharine devoted half her day to managing The Wright Company. She spoke with reporters and corrected misinformation, responded to business inquiries and she managed a flood of offers.

Fame had found the Wright Family, and with the brothers in Europe, Katharine was the official contact.

3. She Nursed Orville Back to Health

By 1908, the Wright Brothers had contracts with the U.S. Signal Corps as well as a French aviation company. The contracts required the Wright brothers to perform test flights with a passenger. The test flights proved to skeptics that the planes did fly, but a crash later that year also fueled anxieties. Katharine once again stepped in to maintain business negotiations and keep her brothers aloft.

The accident occurred in September 1908 when Orville slammed into the ground during a test flight at 50 miles per hour. The crash killed his passenger and left Orville with a broken leg, several fractured ribs and a back injury. Katharine quit her job and went to the army hospital in Northern Virginia to care for him in the coming months.

The crash unnerved military officials and Katharine had to help her brothers maintain their contract with the U.S. Signal Corps. She was able to extend the contract by one year, which gave the brothers time to demonstrate their plane’s capabilities and convince hesitant officials. One lieutenant who corresponded with Katharine later referred to her as the “third member of the team.”

4. She Negotiated on Their Behalf

In early 1909, Katharine went to Europe with Orville and Wilbur as their social manager. Every morning in France, Katharine took a French lesson to prepare for her daily meetings. As a Latin teacher, the language seemed to come easy for her and she often met with dignitaries and business contacts and spoke with them in French.

She also took visitors to the airfields where Wilbur conducted test flights. She answered questions, made connections and politely refused unfavorable business offers. She also met with the kings of England, Spain and Italy and charmed them with her language skills and unassuming manner.

At one point, reporters were so impressed with Katharine that they suspected she was the brains behind the operation.

5. She was Their Trusted Advisor

In the early 1910s, the U.S. Army began distrusting the Wright planes after almost a dozen pilots died in crashes. The brothers also dealt with multiple lawsuits against their patents from inventors who claimed their ideas had been stolen.

Katharine served as their trusted advisor and then stepped up to be a member of the company’s board after Wilbur died from typhoid fever in 1912 at 45. Orville eventually sold the company in 1915.

When she wasn’t busy helping her brothers, Katharine served as a trustee to her alma mater, Oberlin College, and she became involved in women’s suffrage. She is credited with helping to organize a march in Dayton that included more than 1,000 people. Also present? Her father and her brother, Orville.