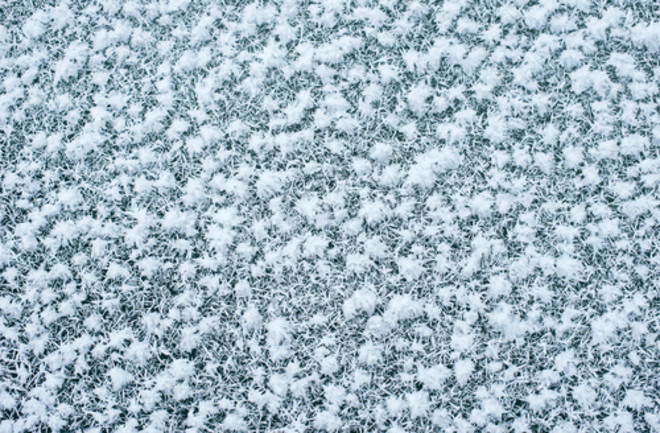 (Credit: Iryna Dzvonkovska/Shutterstock) A new study shows that confining water to very small spaces can keep it solid past even its normal boiling point. Using carbon nanotubes, researchers from MIT report that they kept water from turning into a liquid, and even a gas, at far higher temperatures than normal. While not technically ice, this solid water could be used to create new types of wires that take advantage of solidified water's unique properties.

Researchers have known that pressure can alter the freezing and boiling points of water — it's why water boils faster in Denver than in Miami. Packing water into small spaces can also alters how its behaves. The MIT researchers took their experiment to the extreme, using nanotubes that measured just over a nanometer across — a typical red blood cell is up to 6,000 nanometers across. The tubes were so small that only a few water molecules could fit inside at a time. When water was trapped in the nanotubes, it remained solid up to at least 221 degrees Fahrenheit, past the boiling point at sea level. The temperatures could be even higher, but at that scale their instruments weren't sensitive enough to say for sure. In such small spaces, the intermolecular forces between the carbon atoms that made up the tubes exerted an influence on the water atoms, the researchers say, effectively holding them in place. What was especially surprising to the researchers was that tiny differences in the diameter of the tubes — on the order of a hundredth of a nanometer — caused large changes in the water's boiling and freezing points. These changes are so small that previous experiments glossed over them entirely. The team from MIT reported its findings Monday in the journal Nature Nanotechnology.  While researchers still don't know why such small changes in the size of their tubes cause large changes, they say that water-filled nanotubes could potentially be used to create "ice wires" filled with solid water at room temperatures. Ice possesses a few properties that water alone doesn't, such as the ability to transfer protons easily.

The Wonders of Water

Because water is ubiquitous, to the point of mundanity, it's easy to overlook its truly peculiar characteristics. To begin with, it becomes less dense when it freezes, unlike almost every other substance. The extraordinarily strong intermolecular dipole attraction between the molecules allows it to remain a liquid at room temperature here on Earth, while most other light molecules are gases. The dipole attraction is the result of partial charges on the hydrogen and oxygen atoms, which allows water to be "stickier" than most other fluids. This helps us everywhere from inside our veins, where blood is pulled along by the attraction between molecules, to firehoses. Water's status as a near-universal solvent can be explained by its dipole status as well — the partial charges tear apart other molecules it comes in contact with. Things only get cooler as it get cooler. Ice not only floats, but it comes in 16 different phases. The phases arise from the many different ways water molecules are arranged, depending on temperature and pressure. On Earth, we almost always encounter one form, created by water molecules arranging themselves in a hexagonal shape, which accounts for its reduced density. Ice can also come in tetragonal, rhombohedral and cubic phases, among others, all of which posses unique properties, such as ferroelectricity. And indeed, there is an ice nine, but it's far less dangerous than its fictional counterpart.

Supercooled water being poured onto ice. When it contacts the ice crystals, the molecules immediately rearrange themselves to form ice. Ice forms around what's called a "nucleating agent," or a foreign molecule or particle that gives it something to latch on to and begin to grow. Without a surface to grow on, very pure water can stay liquid even far below freezing, what's called "supercooled water." Tapping or shaking the water is usually enough to jolt the molecules into a more favorable position, causing the water to freeze instantaneously. Running an electrical charge through water has also been shown to alter its freezing point by acting on the partially charged dipoles.

A coin tossed into superheated water. Disturbing the water causes it to boil instantly, creating the eruption. The same phenomenon can be seen in superheated water as well, although the eventual phase transition is a bit more violent.