In Search of Exoplanets With Binary Sunsets

How common are planets with multiple suns — and what does that mean for life in the universe? 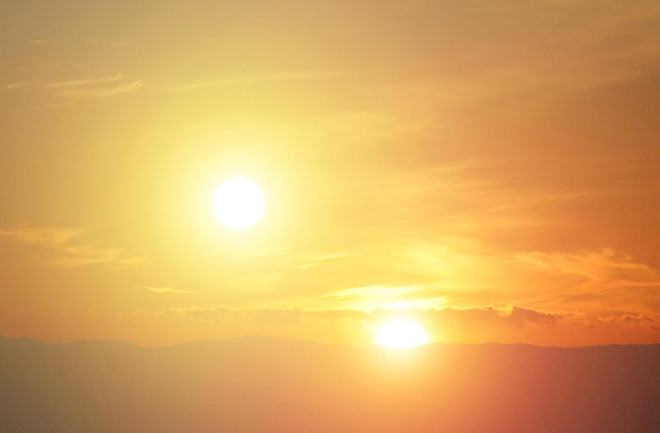 Thirty years ago, the only planets we knew of were in our own solar system. Since then, we’ve discovered thousands orbiting alien suns, but most of these exoplanets are so far away that it’s difficult to study them in detail. Though we’ve learned a lot, one major question remains: How common are planets in star systems with more than one star, like the binary suns that shone on Luke Skywalker’s home world in Star Wars?

Multi-star systems themselves are commonplace; roughly half of sun-sized stars have at least one stellar dance partner circling in orbit with them. But does having a stellar neighbor affect the likelihood of any planets forming around a star? Or would the motions of stars in a multi-star system instead fling a planet away, exiling it to the lonely depths of space?

Astronomers like Courtney Dressing of the University of California, Berkeley, are finally starting to tackle these questions, with help from an orbiting observatory called the Transiting Exoplanet Survey Satellite (TESS). Once it completes its primary two-year mission (likely by July 2020), TESS should reveal thousands of new exoplanets — NASA estimates about 20,000 — orbiting the nearest and brightest stars. Dressing and other astronomers will then follow up with telescopes on Earth, checking whether planet-hosting stars have stellar partners, or they dance alone. The efforts will help us learn where and how planets form, and, ultimately, the kinds of planets on which life can arise.

“I would really love to know if there’s life elsewhere in the universe,” Dressing says, “and I think this is one of the first steps that we need to do to make that happen.”

When she was a graduate student at Harvard University, Dressing studied exoplanets found by a TESS predecessor, NASA’s Kepler space telescope. The planets she studied orbited a type of star known as a red dwarf. She and adviser David Charbonneau discovered that it happens to be an extremely common location for small exoplanets. According to their calculations, almost all red dwarfs have at least one roughly Earth-sized planet in tow. And 15 percent — give or take — of red dwarfs might have worlds in their habitable zones, where temperatures are right for liquid water and thus (we think) life.

The discoveries were extra exciting because red dwarfs make up the vast majority of stars in our galaxy, around 75 percent. When Dressing and Charbonneau published their findings in a 2013 paper, they revealed a galaxy teeming with Earth-sized planets.

An artist’s impression shows dust and gas around the double-star system GG Tauri-A. The gas in this system may allow planets to form. (Credit: ESO/L. Calçada)

But Kepler’s planetary finds are in star systems up to about 9,000 light-years away, so they appear faint. To study such systems in detail, exoplanet researchers would need to use some of the world’s largest telescopes for long stretches of time. Since so many researchers compete for time on these premier telescopes, a long, dedicated study like that is not possible.

To remedy this problem, NASA launched TESS in April 2018. Its mission is to look for exoplanets orbiting closer, brighter star systems, mostly within 1,000 light-years from Earth. Astronomers can then study these worlds from the ground relatively easily and tell whether a system houses one star or many. So TESS’ discoveries should ultimately lead astronomers to find more exoplanets in multi-star systems.

Dressing’s research revealed that small planets — which we think are the best bets for harboring life — are ubiquitous. But there was a widespread problem with calculating the exact size of Kepler’s planets: The numbers assumed that the worlds orbited single stars. They didn’t account for the possibility of multi-star systems. In 2015, a group of astronomers led by David Ciardi at Caltech showed that this assumption leads to underestimates of planet sizes. Without carefully checking a planet for signs of multiple suns, astronomers can’t be sure they’ve correctly determined a planet’s size.

That was fine at first, when exoplanet research was just beginning, Dressing says. “Now we’re switching from an era in which we were just so excited to find planets that we were willing to make a bunch of simplifying approximations, to an era where we have to fess up and realize that binary systems are really common.”

So Dressing teamed up with Ciardi and others to plan a thorough check of the suns illuminating TESS’ planetary finds. Even though TESS planets will be closer than Kepler’s finds, these worlds will still be too far to tell easily whether they orbit a single bright star or two fainter ones. That’s when earthbound observatories, with their superior observing power, can step in to see if what looks like a single point of light is actually two. The results, no matter what, would be illuminating.

“This is about trying to put our own solar system in context,” Ciardi says. “The sun is a single star. As a result, that probably played a role in how our solar system formed. Which may be very different than if there was another star in the system.”

The two stars pass by one another, altering their brightness, in an artist’s impression of an eclipsing binary star system. Astronomers can use the changes in light to measure the distance to star systems. (Credit: ESO/L. Calçada)

But more than just speaking to our own solar system, Dressing’s finds would help astronomers start to understand these new alien planet environments. When and how can planets form in the presence of two stars instead of one?

Already, the handful of exoplanets we’ve found in binary star systems has started to reveal some trends. Ji Wang of the Ohio State University and Adam Kraus of the University of Texas at Austin have each been studying such worlds using high-resolution imaging techniques. The details of their finds vary, but research by Wang and others shows a system of two stars, orbiting close together, tends to discourage planets from forming around either star. Maybe it’s because when two stars are forming so close to each other, they suck up the excess gas and dust nearby that would otherwise have formed planets.

But don’t count out binary planets just yet. These worlds can still form around individual stars in a binary system if the two stars in the system are far enough apart, Wang and Kraus found — presumably because the arrangement would then leave behind enough planet-forming materials. And planets may also form in orbit around a pair of stars, if the world is far enough away from the stars. (Luke Skywalker’s native Tatooine, the poster child for binary suns, is an example of such an arrangement.)

Finding more multi-star planetary systems would help pin down the details of where and how planets can form, and broaden our view of what planetary systems can look like. Dressing and Ciardi hope to unveil enough multi-star systems to study the demographics of planets and stars in these systems — like the length of a planet’s year and the sizes and colors of its suns — and see whether and how they differ from their counterparts in single-star systems.

“If we want to understand planets, we can’t just look at single stars,” Dressing says. “That’s a biased view of planet formation.”

The demographics of these systems may have big implications for extraterrestrial life. Whether a planet’s surface can have liquid water depends on how warm it gets, and thus how much light it receives. And this ultimately comes down to how bright and far a planet’s sun is — and, of course, whether it’s a sun or suns shining on its surface.

To exoplaneteers like Dressing, unraveling the many possible planetary arrangements is key to understanding the potential planet diversity, finding where life might arise and mapping our own place in the universe.

“I want to understand these planets,” Dressing says, “and to know them individually as worlds.”