Romance Scams and the Romanovs: What Online Deception Can Tell Us About Russia's Last Imperial Family

For decades, imposters pretending to be the Grand Duchess Anastasia successfully conned their host families. Research into the reasons people fall for online scammers can help explain how. 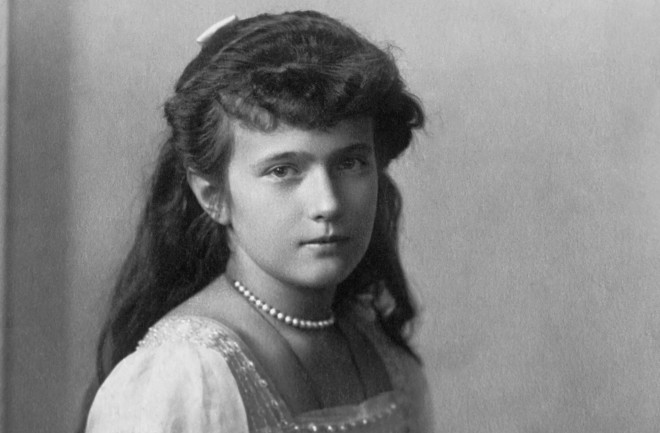 This story is the second in a two-part series about the Romanovs. Read part 1 here.

In the early 1920s, Russian exiles living in Germany were reeling from the loss of their monarchy. Just a few years earlier, their Tsar, Nicolas II, and his family were executed by the Bolsheviks, a revolutionary party that carried out the overthrow of Russia's Provisional Government. Royal supporters had few details, but there was hope that one of the Tsar’s children had survived the massacre.

The supporters rallied around a young woman living in a Berlin mental asylum who claimed she was the Grand Duchess Anastasia. She was around the same age as the Tsar's youngest daughter, and supporters saw a resemblance with her grey-blue eyes. More importantly, she told stories that only someone who was close to the Royal Family would have known.

Supporters helped the young woman, who went by the name Anna Anderson, leave the asylum. They provided room and board and continued to support her even after royal family members denied she was the Grand Duchess. And Anderson wasn’t the only one claiming to be Anastasia. In the Chicago area, an Eastern European immigrant, Eugenia Smith, also said she was the missing Duchess. For decades, she lived in the homes of host families who believed her story.

DNA evidence would eventually prove that both women were imposters. These Anastasia wannabees had motivation to lie about their identity, and they benefited from a life of not having to work or worry. But why did their hosts accept these sketchy stories for decades?

In recent years, online scams have prompted social scientists to study deception and persuasion. Researchers have identified behavioral patterns among scam victims, and this insight might shed light on why the Romanov supporters believed the fake Anastasias for decades.

In the past two decades, however, social scientists have examined deception in a variety of online contexts, including how individuals fall for phishing or romance scams. Scholars have studied emails from supposedly stranded travelers needing gift cards, or from Nigerian princes promising rewards once they receive their inheritance. Researchers have identified a consistent pattern among deceptive communication that is based among social techniques, not computer mediated communication.

Similar to in-person cons, online deception is based on the ability to deliver a believable story and build confidence. Scholars refer to the crafting of the story as “tellability,” and it starts by recounting a great tragedy such as a natural disaster, death, or in the case of the fake Anastasias, an assassination.

The crafting of such sob stories helps position the deceiver as a victim of circumstance, and it appeals to the target’s desire to help someone. But typically, the deceiver also appeals to the target’s sense of greed by promising a payoff for helping them in their time of need. For the ex-nobility in Berlin, Anderson’s compelling story brought her hosts attention and they threw lavish parties to show her off. They also hoped to connect with the Tsar’s mother, who was living in her native Denmark, and receive a reward for finding her lost granddaughter.

In addition to appealing to the target’s sense of greed, the con artist must repeatedly reassure their mark. For both Anderson and her Chicago-based rival Smith, these assurances came in the form of intricate stories regarding life as a member of the royal family. Witnesses recall that both women told stories so detailed that it seemed too real to be fake.

Beyond that, before asking for money, a con artist has to convince their target that the request is personal, and they are the only one they are asking. The fake Anastasias, for example, each had singular hosts who provided for their needs. Smith spent a decade living at the summer home of a wealthy supporter in Lake Geneva, Wisconsin. She then spent the next 18 years in the home of a married couple in suburban Chicago.

Supporters of both imposters admitted the women could be difficult to deal with. Smith complained when her hosts had visitors to the house. Neither helped with housework, and both were known to have temper tantrums. Their hosts accepted the bad behavior and found it fitting of a spoiled tsarevna, or Tsar's daughter.

Interpersonal deception theory, which developed in the mid-1990s, helps explain why the hosts viewed the entitled behavior as proof their houseguest was indeed the Grand Duchess. The theory holds that deception is a dynamic process in which the deceiver adjusts their behavior to respond to any subtle or overt suspicion the victim might show. Scholars also think that victims accept such lies due to people’s natural truth bias: Studies have found that people are better at detecting the truth than identifying lies. In addition, shy and socially anxious people reported having a greater difficulty in detecting lies.

Over the decades, both fake Tsarinas knew which stories and behaviors worked best. Anderson’s story was spun into a 1956 movie starring Ingrid Bergman. Outraged at the attention her rival received, Smith published a memoir in the early 1960s.

At times, the imposters made errors with their stories. In her memoir, Smith claimed her only brother — Alexei Nikolaevich — died in the massacre. Then, she eagerly met with an Alexei imposter and had a tearful reunion in front of newspaper photographers.

Both women were buoyed by supporters throughout their lives. Anderson died in the U.S. in 1984 and had “Anastasia” marked on her grave. Smith lived until 1997 and refused to give a DNA sample after the bodies of the Tsar, Empress and three of their children were identified in the early 1990s.

In 2007, the remains of the two missing children were found near where their parents had been buried. DNA testing confirmed the Tsar’s children were executed in 1918. Neither Smith nor Anderson were Anastasia. They were royal liars.